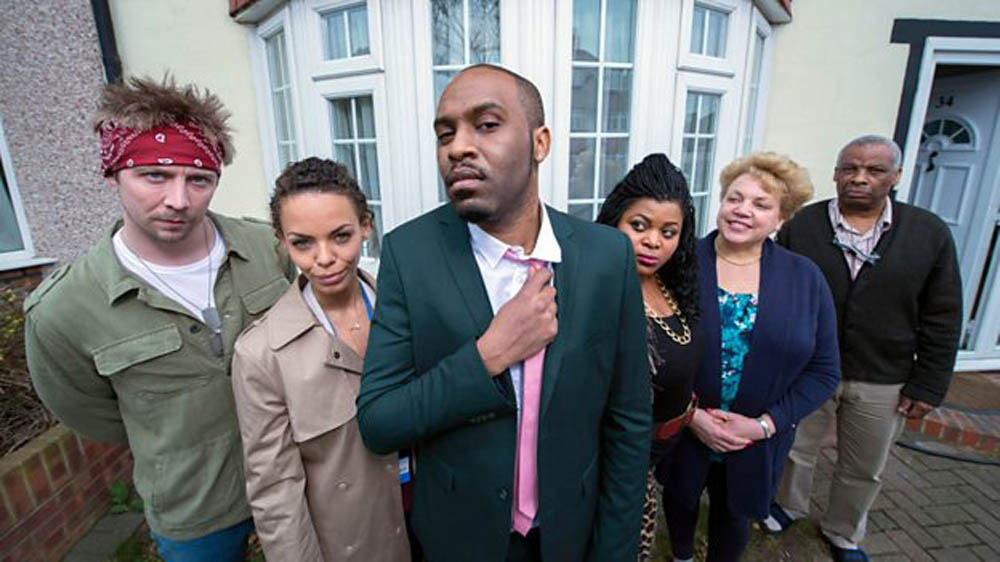 Dane Baptiste commented earlier this year: “I’m incredibly happy that Sunny D has been commissioned! It represents the possibility of the mainstream opening the comedy landscape to a new perspective and the resurrection of the Black British sitcom. I grew up watching sitcoms on the BBC, so to have them invest in my own project is an opportunity that I relish and am grateful for.”

In the first episode, Dane is deeply frustrated with life. He is approaching 30 and still lives with his parents in his childhood bedroom – an arrangement nobody is particularly happy about. He hates his job and is desperately ambitious for the finer things in life.

Dane’s family is celebrating his Dad’s (Don Warrington) birthday with a party. The milestone is an unwelcome reminder for Dane that he’s yet to achieve any of his goals in life. To make matters worse, his relatives compare Dane with his twin sister Kadean (Gbemisola Ikumelo); his perfect cousin Christian (Akemnji Indifornyen) and his high-achieving girlfriend Nicola (Sasha Frost).

Dane seeks solace at the party with his Dad and his friends, but after having one too many of his Dad’s special birthday rums, Dane makes an unforgettable announcement. But will he regret it?

Are you looking forward to Sunny D? Let us know below…