Undercover, Sophie Okonedo and Adrian Lester’s new drama from the creator of Silk, starts on BBC One next month.

The new six-part thriller follows Maya (Sophie Okonedo), a spirited and passionate barrister who is about to become the first black Director of Public Prosecutions. But just as Maya’s life comes under intense public scrutiny, she discovers that Nick (Adrian Lester), her husband and the father of her children, has been lying to her for years.

> Buy Undercover on DVD on Amazon.

Episode 1 airs at 9pm on Sunday 3 April on BBC One.

Written by Peter Moffat, Undercover tackles controversial and challenging issues that impact society on a global scale, with the narrative revealed over different time frames in both the US and UK – weaving a tale of corruption, betrayal, and miscarriages of justice.

Sophie Okonedo (Hotel Rwanda) commented: “Peter Moffat has written an extraordinary story that is relevant and at the same time utterly compelling. He asks hard questions of us all. The part I play is a Titan of women, called Maya, who is not afraid to say the unsayable. She is a truth seeker and is prepared to shine light into the darkest corners, come what may. I am tremendously excited, honoured and of course a little frightened to play her.” 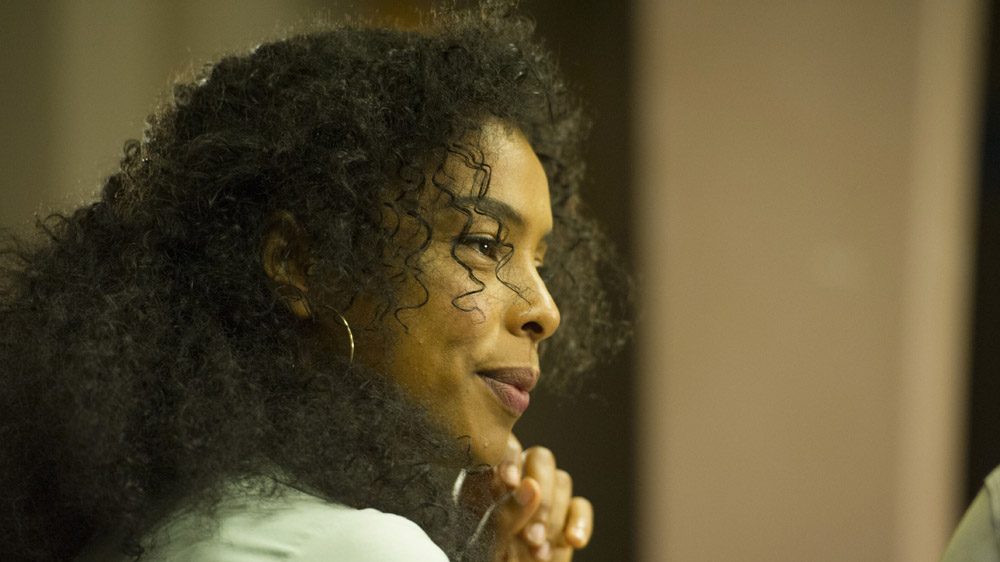 Hustle star Adrian Lester added: “This is one of those opportunities that an actor hopes for. The people involved are some of the most talented artists working in television. Having admired them for years, I now get the chance to work with them. I’m really looking forward to it.”

Are you looking forward to Undercover? Let us know below…