With its move to Netflix granting it an extended season, Black Mirror is trying out various different styles and tones in its new run.

The fourth instalment is the apex of this as the series that famously looks to the future goes back to the past. Er, what, that can’t be right, can it?

Set in a seaside party town in 1987, ‘San Junipero’ follows shy Yorkie (like the dog breed) as she strikes up an unlikely friendship with outgoing Kelly. With lots of big hair, neon colours and Pacman, the episode begins as a full-on period piece and it seems that writer Charlie Brooker has gone all gooey-eyed and nostalgic on us. Naturally, this isn’t the case.

Part of the fun of this episode is trying to second guess what the sci-fi twist will be. And when Kelly smashes a mirror that instantly repairs itself and Yorkie talks of everyone being dead, it becomes clear that San Junipero is actually a virtual reality. What you might not expect, though, is that this device isn’t played for horror or bleakness. After the big reveal occurs, the episode becomes an unexpected treatise on how love can outlast death. Yes, this is Black Mirror we are talking about.

The show always covers big themes but this episode operates on the widest canvas yet. It’s not a social or political satire, just a look at how everyone has terrible lows in their lifetimes but that doesn’t mean there isn’t light too. It is these universal themes that are the key to why the episode is so powerful. Brooker is definitely maturing as a writer as this is his most emotional script yet. 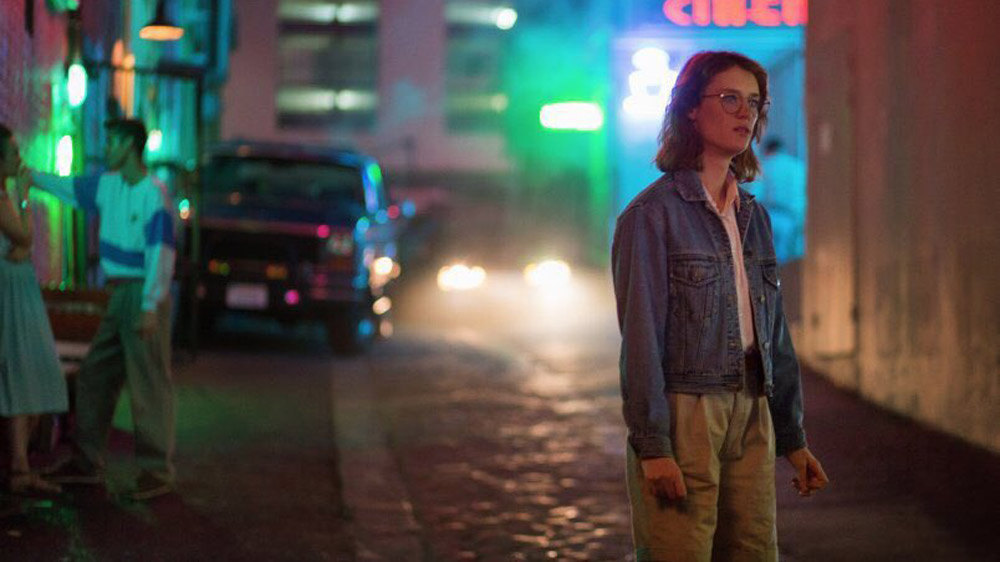 As two women who find love when they least expected it, Mackenzie Davis (The Martian) and Gugu Mbatha-Raw (Tish Jones in Doctor Who) are terrific. Especially as – as we later find out – the pair are in fact both elderly and dying.

Mbatha-Raw is particularly impressive in one scene where she talks about the joy and hardships of being married to someone for 49 years. It’s not easy to believe that speech coming from such a young actress but she completely sells it.

In its exploration of life after death as virtual reality, the episode recalls the work of Doctor Who writer Steven Moffat (particularly ‘Silence of the Library’/’Forest of the Dead’ and ‘Dark Water’/’Death in Heaven.’)

However – and again it feels strange to be saying this about Black Mirror – Brooker’s versions is much more optimistic. As the perfectly chosen song playing over the credits says, Heaven really is a place on Earth in this episode.

Overall, ‘San Junipero’ is a welcome tone shift after the previous three episodes – nay, the entirety of the show. As a heartfelt, hopeful meditation on love, life and ageing, it is in many ways completely at odds with Black Mirror’s usual ethos. And yet, strangely enough, there is a case for it being the best one yet.

Available from Friday 21 October 2016 on Netflix.

What did you think of ‘San Junipero’? Let us know below…