Here we are at last. Dickensian Episode 20, finally. Sorry, I meant, finale. The finale. Ahem.

There were times I thought we’d never get here.

Even if you have enjoyed Every Single Episode of Tony Jordan’s cobble-stone uneven and overly long literary mash-up prequel, you have to admit it feels like it’s been on forever. Like it’s now just part of the background noise in your life, joining the humming fridge, the knocking radiator, the clanking boiler. Occasionally you remember it’s there and then, for half an hour, it’s all you notice. Then you forget about it again. Except I think more people talk about their boilers than Dickensian.

It doesn’t help that BBC One never gave it a consistent place in the schedules. Birthed in the Quality Street-strewn negative zone between Christmas and New Year, when you don’t even know what day it is, let alone what time something’s on, it was then constantly knocked and tweaked around the back end of the week. That the finale takes place on a Sunday feels like Auntie Beeb didn’t quite know where else to put it because it’s more than half an hour long. 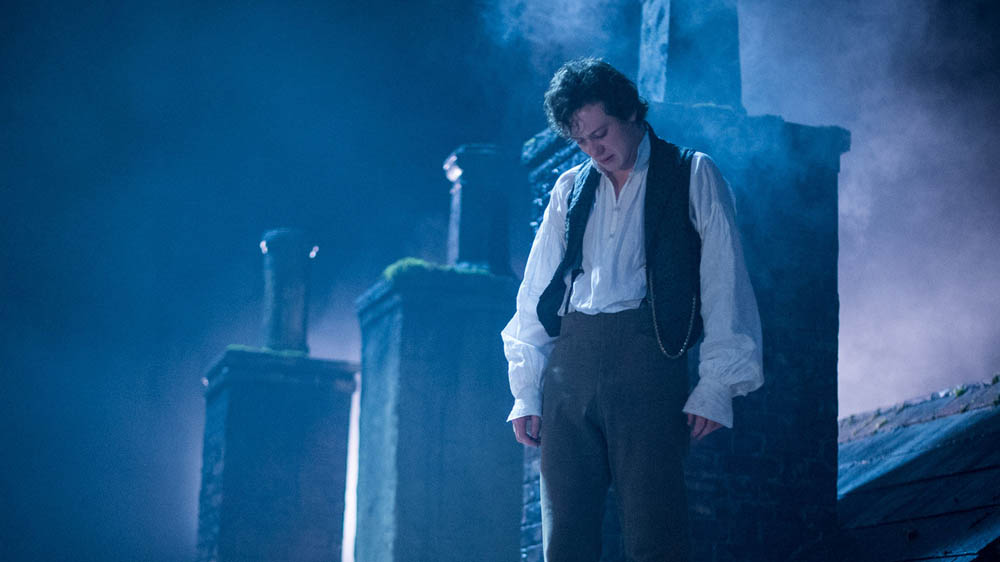 So what fills this bumper 50 minute edition, now that we’ve done with the unsatisfactory conclusion of who killed Jacob Marley?

Well, there’s a special free ‘wedding pull-out section’, as we see Compeyson forced to fess up to Amelia Havisham and ditch her on her wedding day, and thankfully it’s tremendously well done. Dickensian has not been the most consistent of shows, but it’s a pleasure (not to mention a vindication for the viewer for sticking with it) to see it go out on a high, with the kind of ending that matches the energy and drama of the very first episode.

In a rare display of both backbone and brains, Arthur employs the use of Bill Sykes and Jaggers to extract a confession letter from Compeyson, and then accompany him to deliver it to Amelia. Cue a great performance from Tuppence Middleton as she wails and snarls through the betrayal, pushing everyone away from her damaged heart and ending up at a point where the reason for wearing a wedding dress for the rest of your life is an insane act you can understand (pro tip: keep dress away from fire, dry clean only).

It’s poignant when Oliver Twist looks up at Satis House and says he’s seen a ghost – he literally has. Miss Havisham as we knew here died on her wedding day. From now on she’s just haunting her own life. 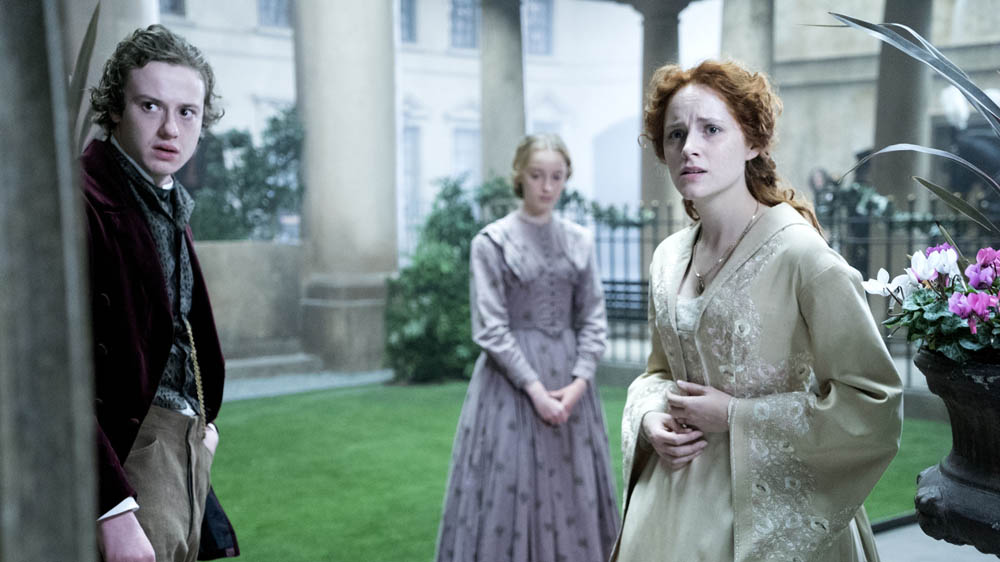 It’s a victory in getting rid of dog-killer Compeyson (did he admit to that in the letter?), but for all his successful plotting, Arthur is left ostracised, chucked out of Satis House and given that most Dickensian of fates; resigning to drink, visions, and suicide. I was hoping they’d play a little fast and loose with his demise and have him spontaneously combust from drinking so much, like Mr Kreek in Bleak House, but it seems Tony Jordan doesn’t want to tread on all of Dickens’ toes.

The last 20 minutes is for attaching all the loose ends to their respective novels, and allowing everyone who isn’t killing themselves/facing an unhappy marriage/locked away wearing their wedding dress and clutching a shoe, to have a good old-fashioned Cockney knees up and singalong before they all go their own way and get book deals. And though it’s a trifle indulgent, and a rather too neat, it’s the sort of optimistic end the author would probably want.

And cheesy though it is, Marley’s ghost whispering to Scrooge over the guttering candle is possibly the best of the nods to what will happen in the future. 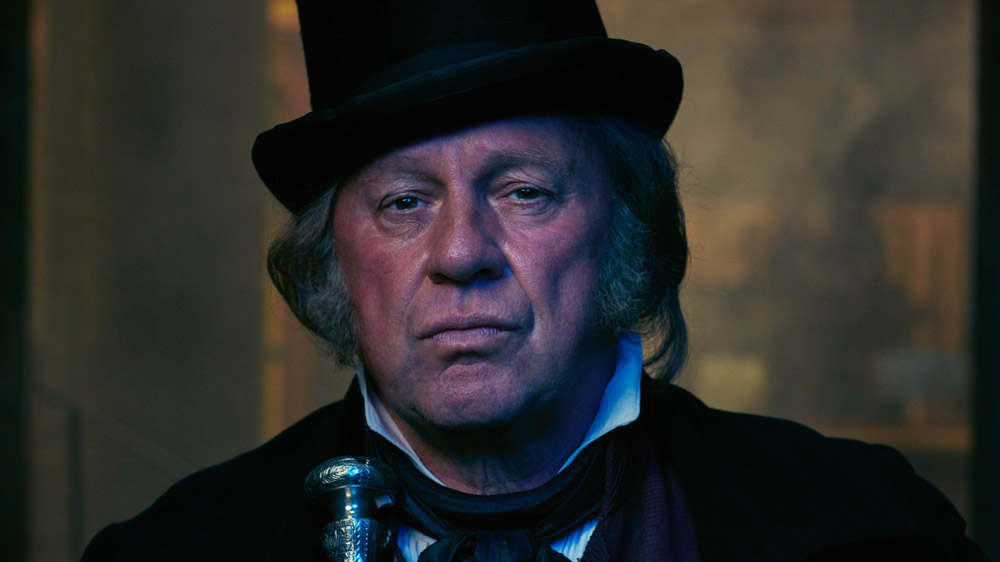 So that’s Dickensian, a show which I’m still conflicted about. It took characters from across the broad counties of Charles Dickens’s works and confined them to a street in London. It captured the caricatured energy and spirit of his most beloved characters, but stranded many of them in meandering plots.

It had a brilliant cast but never felt like they were being used to the best of their talents. It was a great attempt to make Dickens accessible, sexy, but was never given the foothold in the schedules it needed to create attention.

Even Dickensian knew when to come to a conclusion. If only it had reached it eight episodes earlier.