At least once a season, there seems to be an episode of Inside No.9 that is ‘for’ the writer-creators – Steve Pemberton and Reece Shearsmith – more than for the audience.

Not an act of indulgence, precisely, but certainly one where they unashamedly draw in on happy memories of watching old British horror movies as children. Previously, we’ve had ‘The Harrowing’ and ‘Séance Time’, both magnificently upsetting half-hours of comedy horror.

This time round, the tone is more broad and fun, as might be expected considering the source material that serves as inspiration: 1973’s Theatre Of Blood, a classic bit of nastiness starring Vincent Price and Diana Rigg (and which, not coincidentally, exists in a DVD version with a commentary from The League Of Gentlemen).

While the plot is largely the same – a group of people being bumped off in grisly fashion, there’s a significant difference in that we the audience don’t know who the killer is until later in the plot. This blending of And Then There Were None and Repulsion works remarkably well with a minimal cast, although as ever, there are enough clues hidden in plain sight to reward repeated viewings: a certain character talking about the challenges of having children, remarks that they ‘could barely keep (their kids) in one place’. 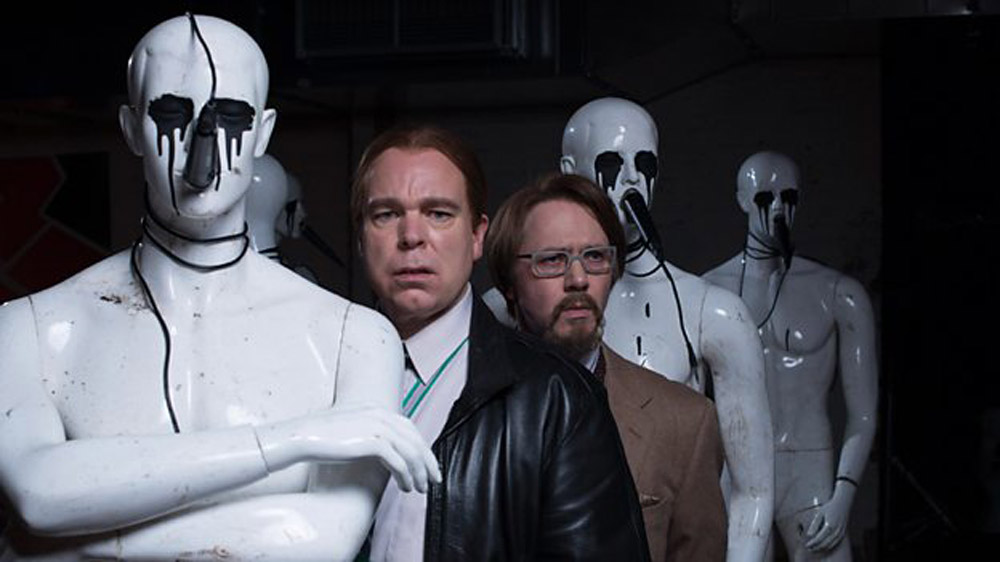 Elsewhere you have Steve Pemberton playing an officious health and safety office who probably watched ‘Apaches’ too often as a child, and Reece Shearsmith is a university lecturer who is almost always separated from the rest of the group, even as the members of the group are having parts separated from themselves.

In such a small cast, it’s a challenge to keep the mystery going, but there are enough misleads and meaningful glances to confuse everyone, and once the villain is revealed (slightly earlier than you might expect), it matters not that their plan’s logic doesn’t really hold up to close scrutiny – something else that it shares with Theatre Of Blood.

It’s a great, fun episode to go out on, and with the knowledge that a fourth season is on the way, it’s worth noting that – possibly against all odds – this series has ensured that a certain sketch show from twenty years ago could conceivably end up being a mere footnote.

The boys are continuing to write up all manner of legacies.