One of the most enduring and captivating figures of all time unveils his beginnings in this gripping origin story.

Experience the thrilling adventure and epic battle for one man’s soul in stunning high definition, when Dracula Untold is released on Blu-ray on Monday 9 February by Universal Pictures (UK). 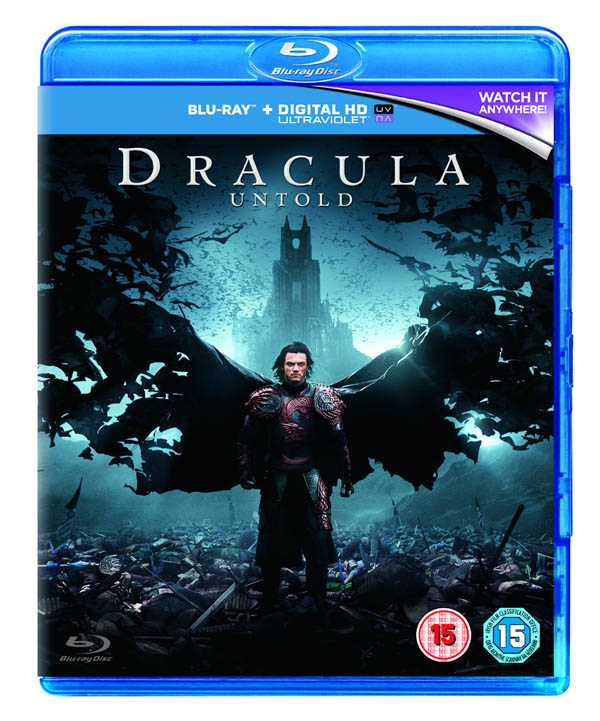 For almost a century, the legend of Dracula has mesmerized audiences with the story of a charismatic royal who feasts on the blood of innocents after the sun goes down. Dracula Untold reveals the man behind the myth in the thrilling, action-packed tale of Vlad III, Prince of Wallachia (Luke Evans), who makes a terrifying deal with a supernatural ally that will allow him to save his family and his country – at the cost of his soul.

This competition has now closed. The winners are Vincent Stone from Richmond, Eric Connor from Farnham and Alistair Price from Liverpool.