Based on the best-selling novel by Rosalie Ham, the award winning The Dressmaker is a bittersweet, revenge comedy-drama set in 1950s outback Australia.

> Buy The Dressmaker on DVD on Amazon.

To celebrate the release on DVD and Blu-ray by Entertainment in Video on Monday 14 March, we’ve got copies to give away to four of our Twitter followers! 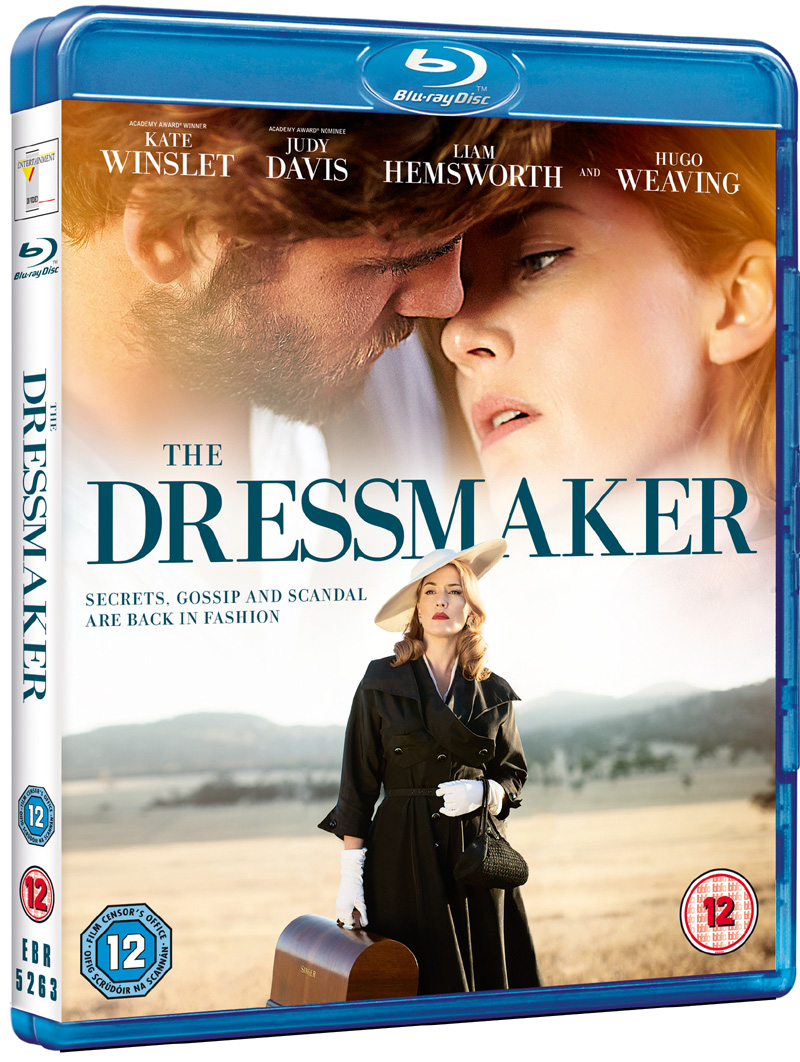 Win! Follow @CultBoxTV and RT for a chance to win one of 4 copies of ‘The Dressmaker’ – https://t.co/zl5nwhavog pic.twitter.com/FX5lLSz60q

Tilly Dunnage (KATE WINSLET), as elegant as she is determined, causes a stir when she returns home from the exclusive couture world of Paris to the tiny backwater of Dungatar, seeking to right the wrongs of her past. Before she can reconcile with her eccentric mother (JUDY DAVIS) and the even more oddball townsfolk, Tilly is swept off her feet by local hunk, Teddy (LIAM HEMSWORTH). But armed with her sewing machine and her incredible talent, Tilly sets about to not only transform the women of the town but also to exact sweet revenge on those who did her wrong.

This competition has closed. The winners are Florence Thompson from Bracknell, Callum Bilton from Scarborough, Vanessa Ferguson from Louth and Jodie Stroud from London.