Jordan Peele is an actor, writer, director, producer and comedian who gained stardom from his hit horror film last year. Born and raised in New York City, Peele attended the Computer School in Manhattan, then went on to Sarah Lawrence College for two years before dropping out to co-create the hit Comedy Central show Key & Peele. Peele co-starred and wrote several films since Key & Peele, but nothing quite compared to his 2017 hit Get Out.

The Most Profitable Film of 2017 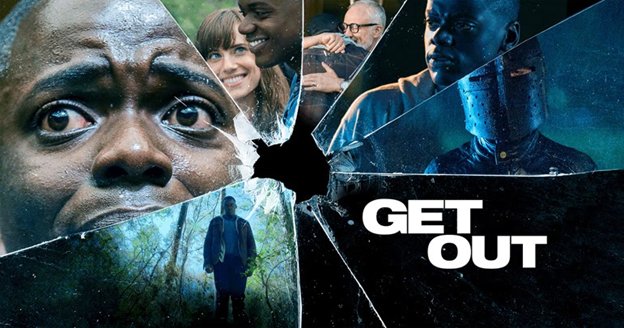 Peele’s breakout hit Get Out was the most profitable film of 2017. Get Out, written and directed by Peele, is a horror film on racism. The film premiered at the Sundance Film Festival in January 2017 and went on to have a wide theatrical release the following month. Get Out is about a black man who goes home with his white girlfriend to visit her family for the first time. In early scenes, you can view some of the racial slights offered by seemingly well-meaning white liberals, and as the movie progresses, a nightmare of captivity and exploitation is unveiled that the protagonist must struggle to escape.

The Film Almost Didn’t Get Made

Peele has stated many times that the film almost didn’t get made and that he stopped writing the script for the movie over 20 times before finishing it. Peele worried about the movie’s topics of white villainy and black exploitation would keep viewers away. Also, being biracial, he felt weak by the absence of people of colour in the industry. ‘I didn’t have enough role models telling me this movie could be made, but to me, it was the missing piece of the conversation,’ Peele stated during a chat in mid-November at the Whitby Hotel in Manhattan, just a few months before his Oscar nominations. ‘I’d never seen my fears as an African-American man onscreen in this way,’ he expressed.

Peele Worried About How the Film Would Be Conceived

Peele assumed that a horror film about race, which took a critical look at the existence of racism, would never be produced. ‘I thought I’d lose black people because we’re victims in the movie and that’s hard to watch; that’s not fun,’ he explained. ‘Maybe I’d lose white people because white people are the villains in the movie, which would be an assault. But I stuck with it, and one of the most fulfilling and validating things to see was how an audience would sort of go in with their different preconceived notions on what the film was, but by the middle, they were all the main character.’ Fortunately, not only did the movie get made, it became a massive box office and critical success. Though the film was created in just 23 days and produced for only $4.5 million, it brought in more than $250 million worldwide, making it the year’s most profitable film. Now, Peele is delighted and surprised to hear that Hollywood prize givers are showering the movie with love.

Peele Made History at the 90th Academy Awards

Peele made history as the first black filmmaker ever nominated for the trifecta of directing, writing and producing at the 90th Academy Awards. He is only the third person in history to earn nominations in all three categories of a directorial debut. Peele scored a huge win for Best Original Screenplay for Get Out even with the Oscar odds stacked against him. After accepting his Oscar, he walked backstage to discuss the depressing yet evolving diversity record in Hollywood:

‘I almost never became a director because there’s such a shortage of role models,’ Peele said while naming Spike Lee and John Singleton as the ‘exceptions to the rule.’

‘I’m so proud to be a part of a time, the beginning of a movement where I feel like the best films in every genre [is] being brought to me by my fellow black directors.’

‘It’s very special, and I think that goes for all areas of inclusion,’ he said. Peele then called Get Out a ‘scrappy’ independent film, seeing as how it only took $4.5 million and a little over three weeks to make.

‘An award like this is much bigger than me. This is about paying it forward to the young people who might not believe that they can achieve the highest honour in whatever craft they want to push for,’ he said.

‘You’re not a failure if you don’t get this, but I almost didn’t do it because I didn’t believe that there was a place for me.’ He said that Whoopi Goldberg’s acceptance speech after winning Best Supporting Actress for her role in the 1990 film Ghost was such an inspiration for him.

‘When I got nominated, one of the first things I did was reach out and call her and thank her for encouraging young people who maybe doubted themselves,’ he stated.

Peele admitted that the awards season has been long and trying but ultimately rewarding. ‘I often joke that if there’s a Get Out 2, it will take place at an awards show,’ he kidded. He went on to say: ‘What’s been the most beautiful part about this [is] all the full-circle moments of meeting heroes,’ he said, naming actor Gary Oldman and directors Spike Lee, Steven Spielberg and Francis Ford Coppola as some of the personal icons he’s encountered. ‘These are moments that are priceless.’