Here’s how Narcos gets more and more popular with every new series.

The undeniable popularity of streaming service Netflix is one that certainly can’t be over looked, not least because of its countless original movies and series that capture the minds and hearts of fans across the world. Whether you’re invested in the small town of Riverdale, or you’re diving in head-first to the nightmarish Black Mirror, there’s something to suit every taste and Narcos is certainly no exception.

For those that are already avid watchers of the series, its popularity  will come as no surprise, but what about those of us who haven’t quite come to click the play button? Here, we’re exploring the hit series, and why its popularity is rising.

Narcos is a Netflix Original Series available only on – you guessed it – Netflix. This biographical series follows the Pablo Escobar, a billionaire who earned his fortune through producing and distributing cocaine across Columbia and the rest of the globe. Series one and two see Escobar’s interactions with people from all walks of life, including drug lords, his ‘enemies’ and even DEA (Drug Enforcement Administration) agents, and – after the downfall of Escobar – the third season goes on to follow the DEA as they battle the Cali Cartel.

With a fourth season in the works, there’s no better time to pick up a new favourite show.

Why Should You Be Watching Narcos?

With the constant influx of new shows and movies on Netflix, keeping up with which ones you should be watching can seem impossible but we truly believe that Narcos isn’t one to be overlooked. Even those without an interest in history or crime can find something to enjoy in this series, but here, we’re giving you even more reason to watch!

Inspired By Classics
Narcos is filled with fan-favourite quirks and yet manages to hold its own as an original story worth watching in and of itself. Despite its Goodfellas-esque narrative and the simple similarities to Breaking Bad’s world of drugs and money, there’s nothing copied about Narcos. If you’re a fan of any of the above, you’re likely to be a fan of Narcos too.

Wagner Moura
Very few of us were likely to have heard of Brazilian actor Wagner Moura prior to his performance in Narcos, and what a way to make his mark! Each and every scene he finds himself in is filled with perfect acting and powerful domination, commanding the attention of audiences with all kinds of interests. Yes, really, he’s just that good.

Pedro Pascal
If you’re a fan of Game of Thrones, you’ll already know Pedro Pascal as Oberyn Martell, but trust us when we say that his acting range certainly won’t leave you feeling like you’re still stuck in Westeros. The acting capabilities of Pascal shine bright in Narcos, and that alone is reason enough to at least give the show a shot. 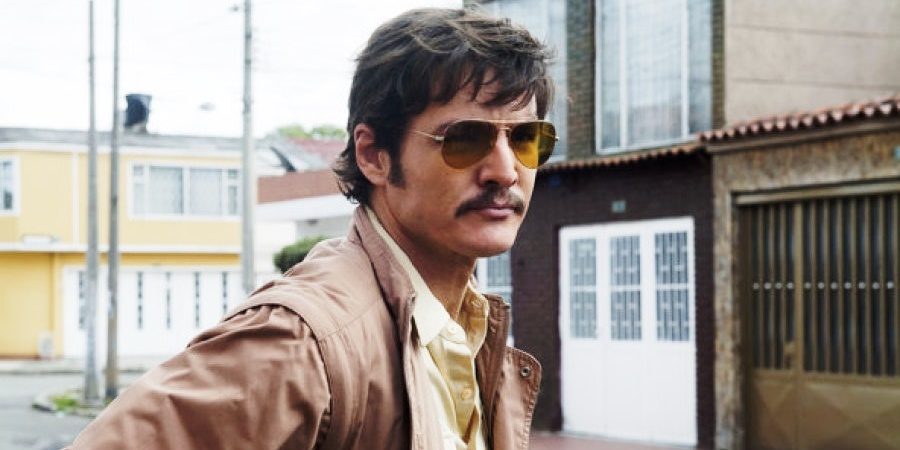 If You Enjoy Crime Shows…
Well, if you enjoy crime shows then you’re certainly in luck with Narcos. You can immerse yourself in the realistic world of Pablo Escobar and his drug cartels, marvel in the efforts of the DEA to bring him down, and find yourself at the edge of your seat during high-tension moments throughout the entire show – what more could you want from a show?

How Is Narcos Raising Its Popularity?

The popularity of Narcos is undeniable. Not only has the hit series been renewed for its fourth series, but there’s even talk of a brand new slots game being released by NetEnt in 2018 to celebrate the show in an entirely different way.  This rise in popularity, however, certainly isn’t just down to the incredible acting. There is so much more to the show than meets the eye, and thus we’re exploring exactly what the producers and creators have done to ensure the success and growth of this biographical treat.

Social Audience
Netflix doesn’t have the same access to frequent advertisements or a TV listing to get people to watch their shows, and as a result, most of their advertisements and engagement have to come through social media. Word of mouth, social sharing and audience engagement are the key to promoting the rise in viewer volume, and Netflix is certainly getting this down to a T.

Active and constantly updated social media based fan pages offer fans the chance to interact with one another, and can not only spread the word about the show, but encourage viewers to keep coming back with each new episode or season. Even Facebook live chats with the cast can bring in fans, and Netflix certainly don’t miss a trick.

It’s Realism
The historical and modern relevance of the drug war story plays a huge part in the show’s popularity simply because it can attract crime fans, history buffs and quite frankly anyone looking for a show with a good story. There are no secrets with this show – from the start, it was clear that at some point, Pablo Escobar would die simply due to the fact that he does in reality. The realism can be a turn on, or a turn off, but the fictional feel to the realistic story can keep all kinds of audiences engaged.

The Music
If all else fails, the background score can make the show worth watching. Pedro Bromfman, Rodrigo Amarante and many more have all created quite the fitting background score that builds the right atmosphere at the right time. From haunting or high-tension moments, to fast-paced action sequences, there’s the right music to fit regardless. Narcos is high up in the list of the best themes on Netflix, and a single listen will show you exactly why that is the case.

Narcos is a true-to-life show that provides viewers with plenty of thrills, chills and surprises along the way. The amazing acting, haunting score and engaging story are all reason enough to watch the show, so is it truly a surprise that the popularity is continuously growing? Netflix are masters at promoting a show without the need for a TV listing or advertisement, and with social media as important as ever, it could be time for even TV bigwigs to take a leaf out of the streaming service’s book!