The Scarecrow Queen is the highly anticipated and captivating finale in Melinda Salisbury’s spell-binding trilogy.

As the Sleeping Prince tightens his hold on Lormere and Tregellan, the net closes in on the ragged band of rebels trying desperately to defeat him. Twylla and Errin are separated, isolated, and running out of time. The final battle is coming, and Aurek will stop at nothing to keep the throne forever…

The Scarecrow Queen is the explosive, rich and darkly addictive conclusion to the internationally best-selling trilogy that began with The Sin Eater’s Daughter.

Can you tell us a bit about where the characters find themselves at the start of The Scarecrow Queen?

“At the start of The Scarecrow Queen everyone is isolated and separated, from their friends and allies, and everything they’ve ever known. It picks up directly after The Sleeping Prince, with Twylla hiding in the Bone Temple, Errin and Silas prisoners, and Lief estranged from his sister, and standing at Aurek’s side.

“The Sleeping Prince’s coup was swift, and ruthless, he moved very quickly to make sure he wouldn’t be opposed, and to kill anyone who might have tried. So our heroes are desperately scrambling for something – anything – that they can do to defeat him, but the question is how do you defeat a myth who is all-but immortal?”

How did it feel when you came to write The Scarecrow Queen knowing that this was the final book in the Sin Eater’s Daughter trilogy?

“In some ways writing The Scarecrow Queen was the easiest yet, because I was already familiar with the characters and the world, I didn’t have to create much from scratch, but instead expand on and solidify existing concepts.

“So on a technical level it was simpler, but in terms of making sure I did the world justice, and tied all the loose ends up, it was harder. I felt very strongly that my readers deserved a satisfying ending, but also frightened that they might not get the ending they wanted!”

Was it emotional for you saying goodbye to the characters and the world you had created?

“To be honest, it wasn’t all that emotional at first, partly because there are many ‘endings’ to finishing a book – first draft, second draft, edits, copy edits, line edits, etc. – and partly because I was exhilarated by finally finishing after four years of this world occupying my mind.

“There was a relief after the first draft that I’d done what I set out to do. Plus, I feel good about how it ended, it’s the ending I’d wanted the series to have, there’s a lot of joy and satisfaction in that. And because of the amount of time that elapses between finishing writing and publication, I’d already started to work on new things, build new worlds with new characters by the time publication came around, so while it’s emotional it’s distant too, for me at least.

“What has been emotional though is seeing and hearing how the readers have reacted to it and what it means to them to have to say goodbye. It’s such an honour to be able to do this, and have people care about what I’ve written.”

Had the story always been envisioned as a trilogy?

“The Sin Eater’s Daughter was originally a stand-alone, but when my agent submitted it to Scholastic they felt it had series potential, and asked me if I could see a way to do that. By this point, I’d already written The King of Rats short story (the origin story of Aurek, the Sleeping Prince) for my own use, and I realised in Aurek I had a really exciting, terrible villain I could use.

“So I went back to them with the pitch for The Sleeping Prince – because of how Sin Eater ends, I wanted to try it from a different character’s perspective and luckily my editor Gen thought it was a good idea. I plotted it from there, and it soon became pretty apparent to me that while I’d thought I was writing a standalone in Sin Eater, I was wrong.

“It’s hard now to remember that it wasn’t always a series, I think on some level I must have known it would take three books to tell this story.” 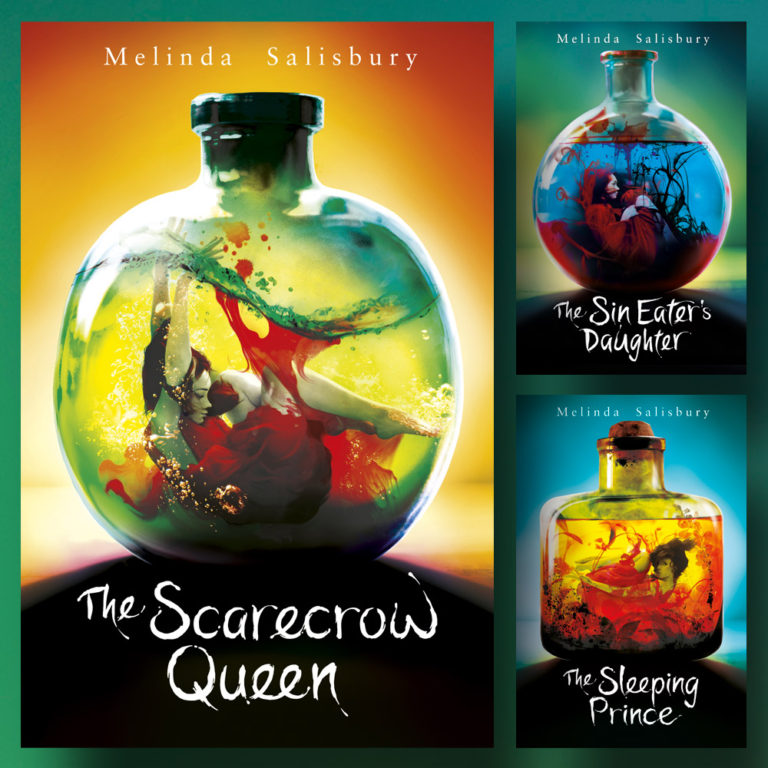 How would you describe each book in the trilogy in one word?

Do you think you’ll possibly return to the Sin Eater’s Daughter world one day?

“I’d never say never, and I’ve already been asked a lot about what happens after the end The Scarecrow Queen, but right now I feel like I’m finished with that world. Everyone ended up where I think they belonged, and I can’t imagine what would take me back to Lormere now.

“It would have to be something bigger than Aurek, and I have no idea what that could be! Besides, I think the characters who survived would rather I just left them alone now – they’ve been through enough on my watch.”

Is there any news on the planned TV adaptation of the trilogy?

“As far as the TV series goes I know they’re working on creating a really great treatment that they can show to broadcasters and production companies, but I don’t know any more than that.

“TV is even slower than publishing, and I have to be realistic, there’s a chance it won’t ever reach the screen.  I’m keeping my fingers crossed though, and if Matthew Bourne is reading, it’d make a great ballet too….”

Who would be your dream casting for the main characters? (You can select any actors, living or dead, at any age in their career!)

What have you got planned next? Do you have a new trilogy of stories in mind?

“I’m actually working on two projects right now, one that is still under wraps, but is another big-world fantasy, and the second with Macmillan, which is a collaborative group project between me and six other YA authors.

“It’s really exciting, not least as it’s contemporary, so I’m getting to work on a new set of creative muscles. I’m hoping to be able to talk about my other project soon – I’m just about to finish the second draft and I’m excited to start talking about it!”

Which YA novels have you enjoyed reading most lately that you’d recommend?

“I’ve recently finished Sara Barnard’s A Quiet Kind of Thunder, which is the most delicate and beautiful love story between a boy who is a deaf, and a girl with selective mutism.

“And Katherine Webber’s uplifting and inspiring Wing Jones, about a girl who turns to running after tragedy strikes her family. Both are contemporary, and both are lovely.

“I’ve also just read an arc of Will Hill’s After the Fire and I’m still reeling from it. I’m really excited for Laini Taylor’s Strange the Dreamer, out in a couple of weeks, and it’s not YA but I have to mention Samantha Shannon’s The Song Rising. I’m so in love with that series, and that world. It’s masterful.”

Do you have any advice for aspiring writers?

“I have three pieces of writing advice:

“Firstly, read. Read often. Read everything. You’ll learn so much about plotting and pacing and characterisation and story arcs just from absorbing the work of other people. Let other writers be your teachers.

“Visit new places, walk new ways, explore and be as adventurous and curious as your bank balance, commitments and health will allow. Nothing inspires me as much as discovering new things and I’d recommend it to everyone.

“Finally, just do it. Write. Don’t talk about the book you’re writing, or spend hours making mood boards on Pinterest. Write it. The first draft will be rubbish, accept it and write it anyway. You can’t be a writer if you don’t write. Don’t put it off, don’t wait for the perfect time. Do it.”

Thanks for your time, Melinda!

The Scarecrow Queen is out now from Scholastic. 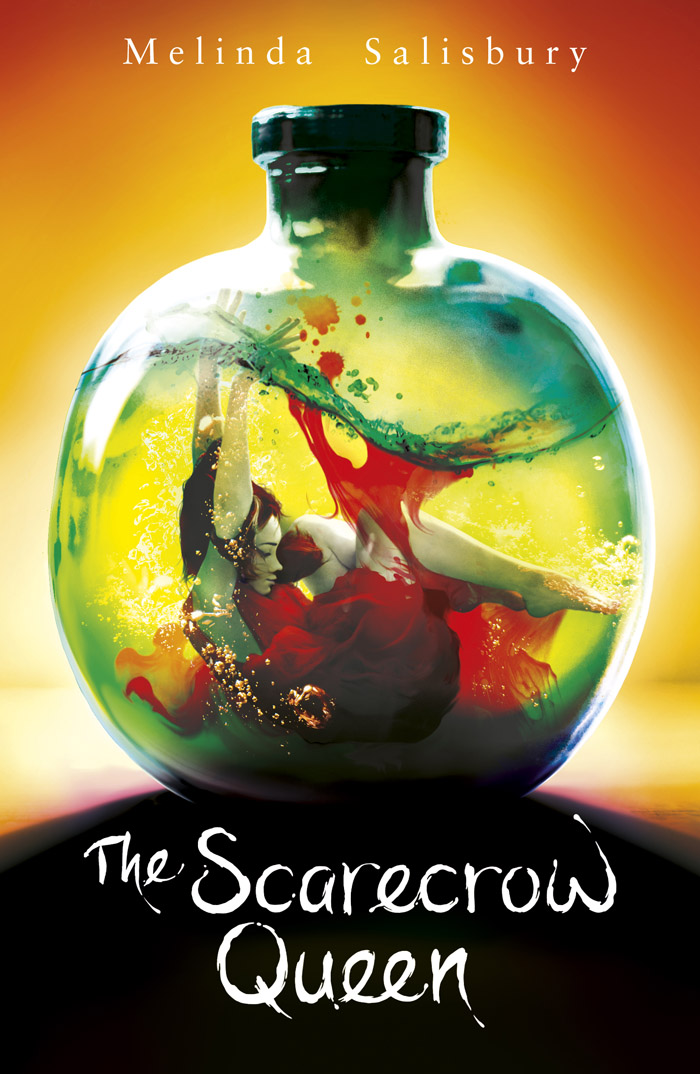