Was any of the hotel explosion filmed in Mexico City?

“No, though all the rubble was laid out in Mexico City for the aftermath of the explosion. The art department pretty much set that up. All we did was add a load of dust and debris, and got some shredded paper in the air that made it look like a building had just come down.”

So the explosion itself was filmed at Pinewood?

“Yes. It is a four storeyed building. We have a big weight on a track that goes down through the ceiling and all the floors collapse. It is done via hydraulics and various other means, which goes back to Sam [Mendes]’ all-in-one shot in Mexico City.

“The collapsing building has been very, very complicated. We worked on this for eight months and it is probably one of the longest rigs that we have ever designed. There were a lot of safety considerations that we had to take in and it took a long time to make sure all those protocols were in place before we were able to do it.

“It is very complicated. We are dropping sections of ceiling all the way down the track, which are triggering other bits and pieces. It is probably one of the most complicated things we have ever done.”

There’s also the record-breaking huge explosion at the end of the film in Oberhauser’s lair. That must have involved very different procedures?

“They are very, very different. I pitched a plan to Sam of what I would like to see happen, a bit of a test that I showed him and I don’t think it is something that I have ever seen before. It came to me one night.

“I wanted to do this ‘line of fire’ with explosions at the end. It is as if pipes connect the compound’s system and the explosion is working its way round the pipes, blowing up each section of the storage tanks as it goes. It is very spectacular and I knew it was going to be absolutely huge.

“It’s the biggest explosion of my career [it is now in the Guinness Book of World Records as the largest explosion committed to film]. Trying to top Skyfall was a tough call and I think we have done it on this.”

Was it at all daunting shooting that sequence out in the Moroccan desert — it’s such an alien environment?

“No, it was not daunting. In some ways, it is the perfect playground because you haven’t got too many neighbours to complain about the noise and there are not many windows to break. 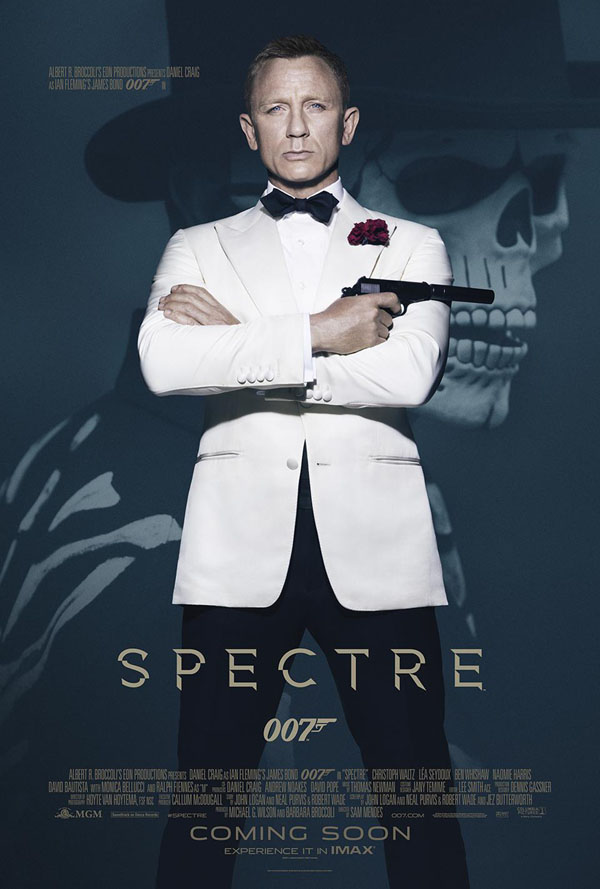 “What is daunting is the fact that we only had a short time to rig it with the hectic shooting schedule. But the location was perfect and it was almost the last shot of the filming schedule. So it’s a great, explosive way to finish the film for us!”

Did the idea for that explosion come out of the script or did they design the lair to fit your idea for the finale?

“Sam and Dennis Gassner [the production designer] designed this set with all the interconnecting sections, and it all fits into the story with the way the characters are walking around and going from place to place to place.

“So it just made sense to me that rather than have a load of random explosions going off around the compound it was more logical that we should interconnect them all, or see them all progressing from one bit of the compound to another bit and then to another bit.”

How involved were you with the helicopter scene in Mexico City?

“There was the big fight and they obviously shot the exterior stuff for that out in Mexico. They shot the interior stuff on a stage on a hydraulic gimbal and the culmination of the piece is that Bond throws the baddie pilot out and takes control of the helicopter and disappears in to the sunset.

“We have a few helicopters on this. Obviously, there is the one in that scene and the one in the end scene where Oberhauser crash-lands on Westminster Bridge.”

With the car chase through Rome, you have two bespoke cars — both the Aston Martin DB10 and the Jaguar C-X75?

“They are both bespoke cars. Normally, we are given a production car and we modify it to suit the stunts whereas, with this one, Sam Mendes actually worked very closely with Aston Martin to design that car to his preferences. 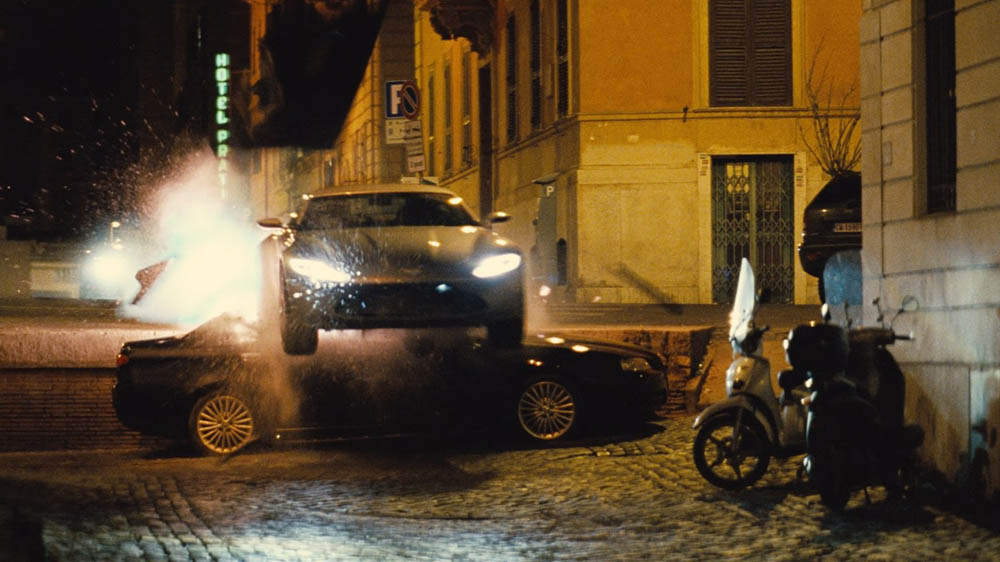 “Once they had designed it, they turned some out, and we took them over and then started developing them and building the gadgets into them.”

What else makes this chase different from what’s come before?

“The difference in the car chase was they were driving around Rome at 100mph so there was no room for error as far as their performance was concerned. We didn’t want the drivers to get injured and also we didn’t want them hitting or damaging 1000-year-old buildings!

“The stakes were pretty high in Rome. We spent a lot of time almost testing the cars to destruction, making sure they could put up with any punishing regime that the guys put them through.”

What were the practicalities of shooting the chase sequence?

“The stunt guys drive the route and then they drive it a bit faster and keep building it up. For the camera moves, they do half speed and then full speed. One of the drivers is a world rally champion (Mark Higgins), and the other driver is of equal stature, a Russian stunt driver (Martin Ivanov), and they are used to doing this with cars. 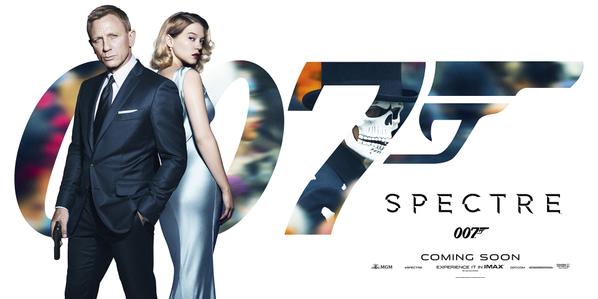 “They weren’t rookies. They spent hours and hours and hours with these cars so they knew their potential and their limits before we even got to Rome. When we got to Rome, we started to get involved with cobbles and stuff like that, which they adjusted for slightly, but they are very well prepared.

“We have four stunt cars for both the Aston and the Jaguar, so if the drivers hit a kerb or bent a wheel we could just bring in another car and keep going with it.”

Did you get through all eight cars?

“We’re like an F1 team; there’s a dozen mechanics changing bits and then it’s back out.”

How do you get the Aston to shoot fire; is that quite a simple procedure?

“Flame-throwers are something we often encounter in our working life in special effects. What was quite interesting is that it was on the move, doing 60-70mph, so we had to overcome the vortex; you get wind vortexing behind the car but we managed to get a straight jet of flame, or two jets of flame actually, one out of each exhaust.

“Both cars were fully fitted with fire extinguisher systems. We have a silicone gel coat over the body of the Jaguar so that we didn’t keep burning a pristine bonnet each time. There was a whole system of safety features in place there.”

When the Aston jumps into the river, do you just get one chance at doing that?

“I think there were two goes with it in the end. But we were running out of cars at this stage and we had to take a car out of commission for driving. We had to take the engine out and get mechanics to wire-snatch it into the river. We could have kept going until we run out of cars but I don’t think production would have been that keen. 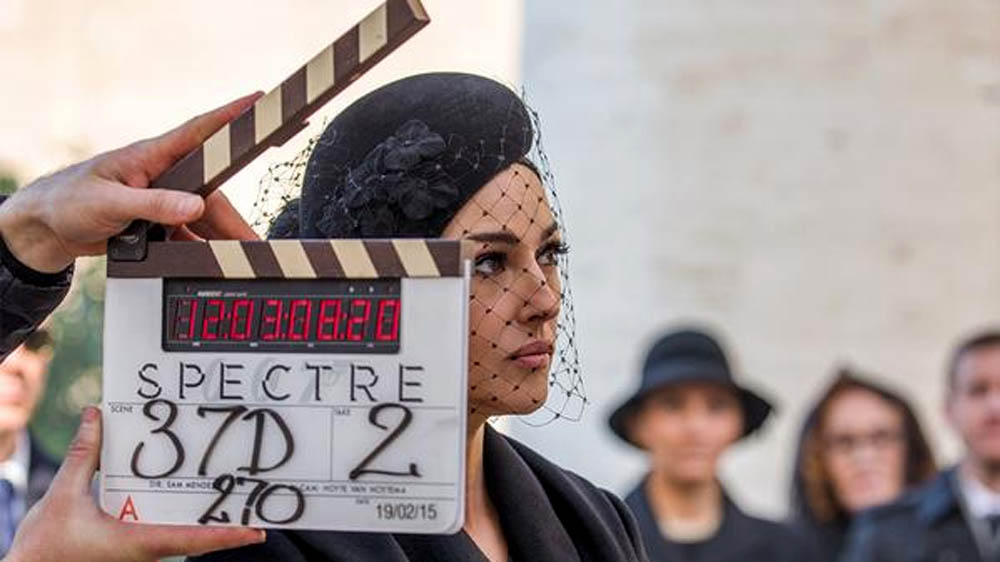 “We’d already done tests at Longcross Studios with dummy cars so we pretty much knew the distances and the pressures to put in there before we ever got to do it with an Aston.”

You mention wire-snatch. Can you explain how the car is propelled into the river?

“It is a high-pressure nitrogen ram to a wire compound and so, literally, as the ram pulls in very, very fast it retracts the wire which hurtles the car off the end of a ramp.”

And you have the ejector seat scene. How do you pull that off?

“The ejector seat scene is very, very funny. It wasn’t just the ejector seat. All of a sudden a seat belt, almost like a parachute seat belt, automatically comes across his chest, and then the steering wheel moves forward and the back-rest of the seat moves back and the roof slides open and then he is fired out.

“The firing out is a little bit of a blur as it were. Sam didn’t want to feature that too much. All the rest of it was a very funny take because when Daniel [Craig] got into the car, Sam was explaining how it was all going to be done and Daniel said, ‘No, just let me do the first one, not knowing what it’s going to do.’ Then the look on his face and his body movements, not knowing what was going to happen, absolutely sold it in the film.”

How difficult were the action scenes in Austria, filming on those icy roads?

“The biggest problem we had initially was that there was no ice. All our preparations were somewhat delayed and we had to travel quite a few miles to a different location to test everything. We had two planes that had big, powerful skidoos mounted inside the bodies, so that once the plane landed it could drive along the ground at high speed. It looks as though it is sliding on its belly but actually it is being driven and steered from inside. 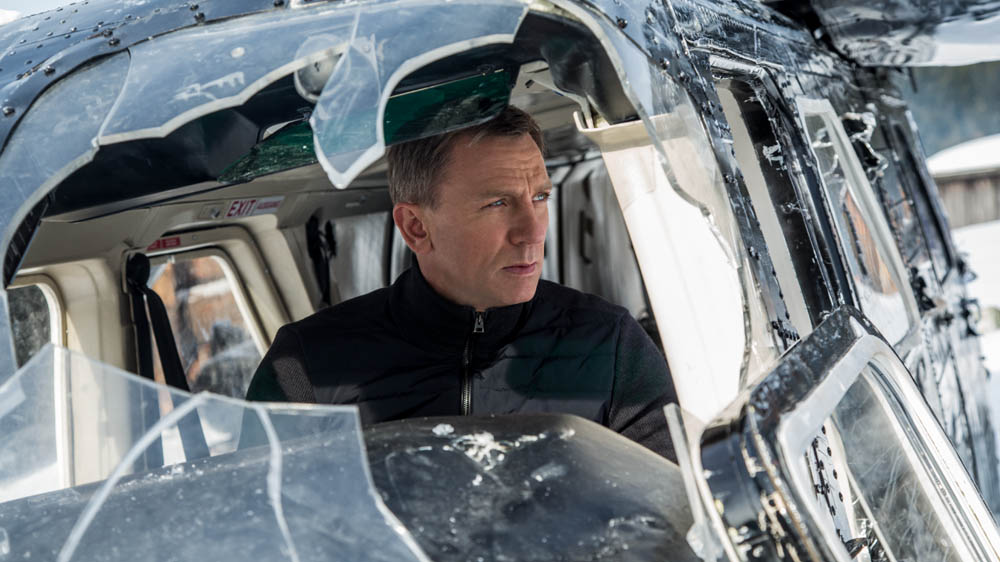 “We had two other planes that we did a 400-metre run on high wires at very high speeds. They were very high speeds. At one stage, we had to do a very near miss over the top of a Land Rover coming up the hill. We would set the height, pull both the vehicles back and then do it, and for some reason every time we did it at speed, the plane was ten feet higher than it should have been. It was like it was trying to take off on its own! So for that particular shot we had to slow it down.”

Tell me about the skidoos…

“We had two planes that we built skidoos in. There would be a stunt driver in the back, driving the skidoo inside the plane as it was skidding down on its belly. It just gave us a lot more control.”

What can you tell me about the helicopter crash on Westminster Bridge?

“We did that it inside the 007 Stage [at Pinewood], although it would have been very easy to do outside of the stage. But we had to build a track, quite similar to what we did with the tube train [in Skyfall], going diagonally the full length of the 007 Stage.

“Then we have a full-sized Dauphin helicopter, a ton and a half, which comes in, goes under the first parapet, lands on the bridge, skids right away across the bridge and smashes into the far parapet. It’s quite spectacular. I love rigs like that.” 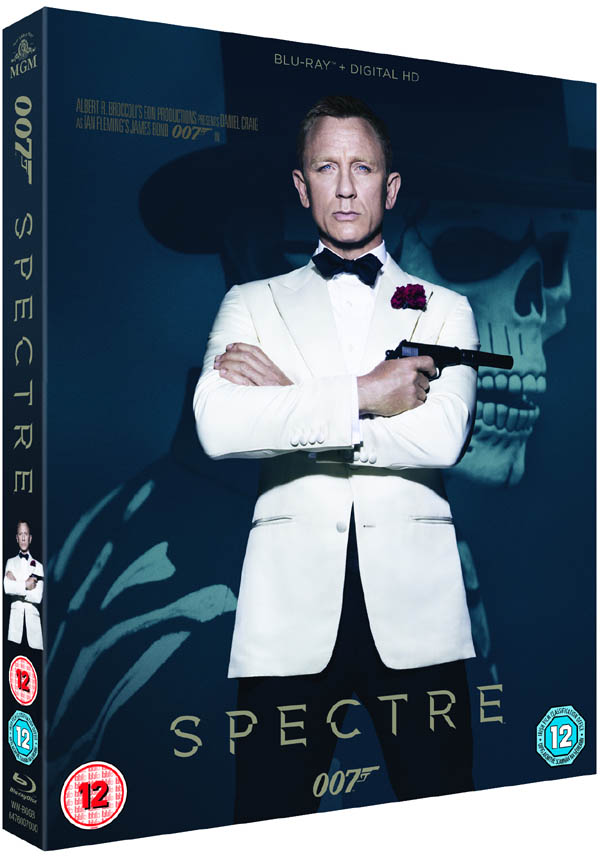 What was your favourite action sequence in Spectre? Let us know below…