Jonathan Pine is an ex-soldier who fought in Iraq and now lives in retreat from life, and himself, as a hotel night porter.

A self-exiled creature of the night, and perpetual escapee from emotional entanglement, Pine’s conscience is pricked when his act of disclosing documents confidentially entrusted to him by a hotel guest results in her death. What begins as a quest for atonement becomes a quest for his own soul, as he enters the inner sanctum of Richard Roper and navigates the shadowy recesses of his world.

Could you start by telling us about your character in The Night Manager?

“I play Jonathan Pine who, at the beginning of the story, is a lost soul. He is the night manger of a 5-Star hotel in the ski resort of Zermatt in the Swiss Alps, living an almost monastic life, literally and figuratively buried in snow, silence and darkness. I think he is a mystery to all men and to himself – the uniform and the face he prepares to meet others is a mask that protects him from having to know who he is.

“Behind an immaculate three-piece suit, immaculate tie, polished black shoes and impeccable manners, he almost has no character because he is filled with guilt and shame because of what has happened in his past. He is a former soldier who has served two tours in Iraq, so though he has disbanded from the military, he is still a serviceman – he is just serving in the hotel now as opposed to in the army.”

What drew you to this exciting project?

“I was sent the first episode by my London agent, telling me that Simon and Stephen Cornwell – John le Carré’s sons – were seeing who might be interested in a television adaptation of The Night Manager. I read the first episode, and from the very beginning, I was completely hooked into the story and the character. I fell in love with it immediately.”

Were you familiar with the novel before getting involved in the drama?

“I hadn’t read the novel before, but as soon as I’d read the script, I sought the novel out. I think John le Carré occupies a unique position in British literature and storytelling. I think he has a singular authority on the subject matter, having been in the circus himself, as they say. 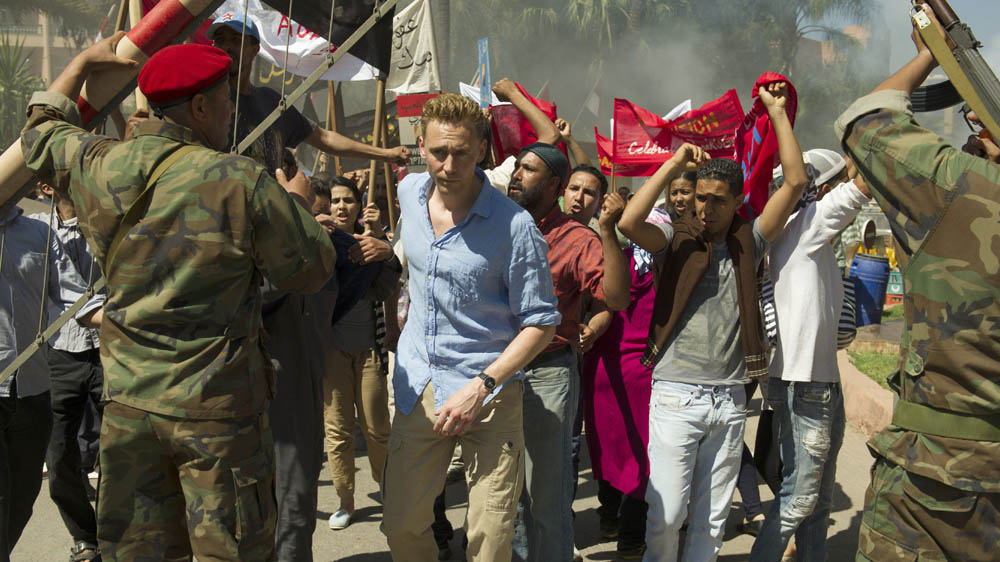 “He is a deeply gifted narrative storyteller and a master of his art, the espionage thriller. I think the reason any actor would be drawn to an adaptation of his material is the characters, which are incredibly complex, incredibly rich and as surprising and contradictory as real people are.”

What attracted you to the character of Jonathan Pine?

“The character appealed to me because I knew, as an actor, I was going to have to operate at the highest level of my intellectual and physical ability, because he is a field agent, but also has to be smart enough to go undercover. I found his nobility, courage and morality very appealing – he is actually a very moral character and is filled with le Carré’s own moral authority about the world.

“There is a certain line that you can feel underneath all of le Carré’s work which is a very robust moral foundation: a belief in right and wrong; in decency and its opposite.”

This is an epic production with an incredible amount of locations. Can you talk about some the locations you have visited during this production?

“The locations have been amazing, truly. This story has enormous scale and ambition and the locations we have been to have added so much texture to that. The Night Manager, as a narrative, has this incredible international breadth, jumping from Cairo in the Arab Spring to the Swiss Alps, London and Devon.

“In the book, there are scenes in the Bahamas and Cyprus but in our story we have made it Mallorca and the Turkish-Syrian border, Istanbul and Monaco. Often I turned up on set and had a very reassuring feeling as my imagination didn’t have to supply anything else because I had been placed immediately in a completely believable context for where the character is.

“Each location has been so immaculately designed and so correctly chosen it often took our breath away.”

What has Academy Award-winning director Susanne Bier brought to the project?

“Susanne is a crusader for the truth and has an extraordinarily rigorous compass for what seems natural and plausible as sequential storytelling. I don’t think I have ever worked with a director who has such an incredibly instinctive authority over what she will allow in terms of what she believes, which is so important in a story like this.

“It is very easy in a spy drama – or in anything that requires a procedural cohesion – for people to make compromises because it looks good or it’s easier for the schedule. The excuse is that the audience won’t see it, but the audience will see it and so does she. 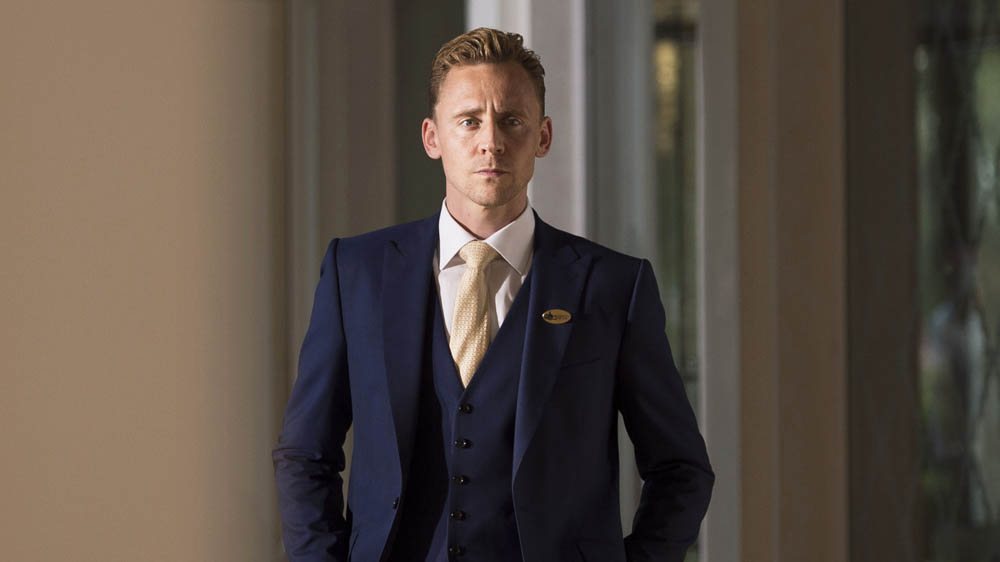 “With Susanne, the stitching is so fine and intricately woven that there are no loop holes and no fuzzy plot points – she doesn’t let anything go and is unbelievably rigorous about story and piecing together the puzzle in an appropriate way so that it really holds as a narrative.”

Why does Pine feel compelled to help Burr and risk his life by going undercover to expose Roper?

“I think Jonathan is looking for a reason to live. Of course, he is physically alive and he has a job, but is hidden away on a mountain in Switzerland and working nights in a hotel. I don’t think it is a vocation, I think it’s a comfort because the discipline and the patience and the manner required is something that is familiar to him from the army.

“When Burr comes to find Pine, she reawakens something at the heart of him which has been lying dormant for some time and which is, I think, his moral fibre and anger. It is moral anger that is shared, as far as I can tell, by John le Carré, which is that there are people doing things in this world who should be stopped. And that somehow he feels brave enough to take on.”

What can you tell us about Richard Roper?

“Richard Roper lives a very luxurious and appealing life which is funded by proceeds from arms deals to the highest bidder. He is living this extraordinary life with private jets, private yachts and houses in the Mediterranean. I think Roper is drawn to Pine because they are quite similar in lots of ways. 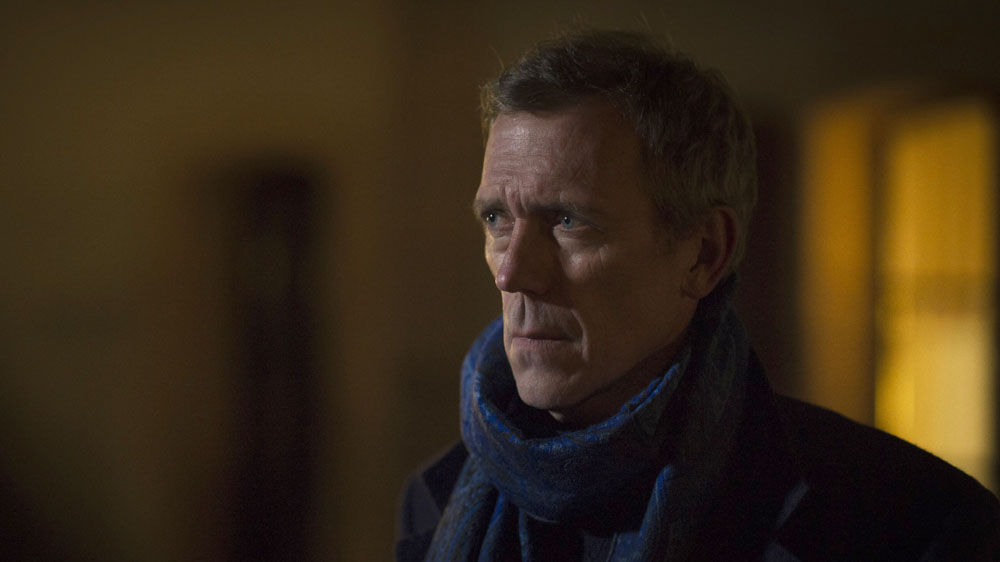 “I think there is something that often runs through le Carré’s work which is a particular strain of Englishness perhaps – a shared frame of reference, sense of humour and understanding of the world – that often comes through the cracks.

“Roper is a very charming, very charismatic, affable, funny, warm, intelligent, sophisticated Englishman. Someone whose stories you want to listen to, who’s a fantastic dinner party guest, fluent and charming public speaker, and has an enormous power for good. The reason he chooses to use that power for ill is why le Carré – and, in turn, Pine – is so angry with him.”