Cirque du Soleil marked its 20th anniversary at the Royal Albert Hall last month with the launch of Amaluna.

The spectacular Amaluna, never before seen in the UK, will run until 6 March, cementing Cirque Du Soleil as the longest running international production ever at the Royal Albert Hall.

Cirque du Soleil’s 33rd production, Amaluna is described as “a celebration of love and a tribute to the work and voice of women.”

The story is based on Shakespeare’s The Tempest and invites the audience to a mysterious island governed by Goddesses and guided by the cycles of the moon. Their queen, Prospera, directs her daughter’s coming-of-age ceremony in a rite that honours femininity, renewal, rebirth and balance. In the wake of a storm caused by Prospera, a group of young men lands on the island, triggering an epic, emotional story of love between Prospera’s daughter and a brave young suitor. But theirs is a love that will be put to the test. The couple must face numerous demanding trials and overcome daunting setbacks before they can achieve mutual trust, faith and harmony. 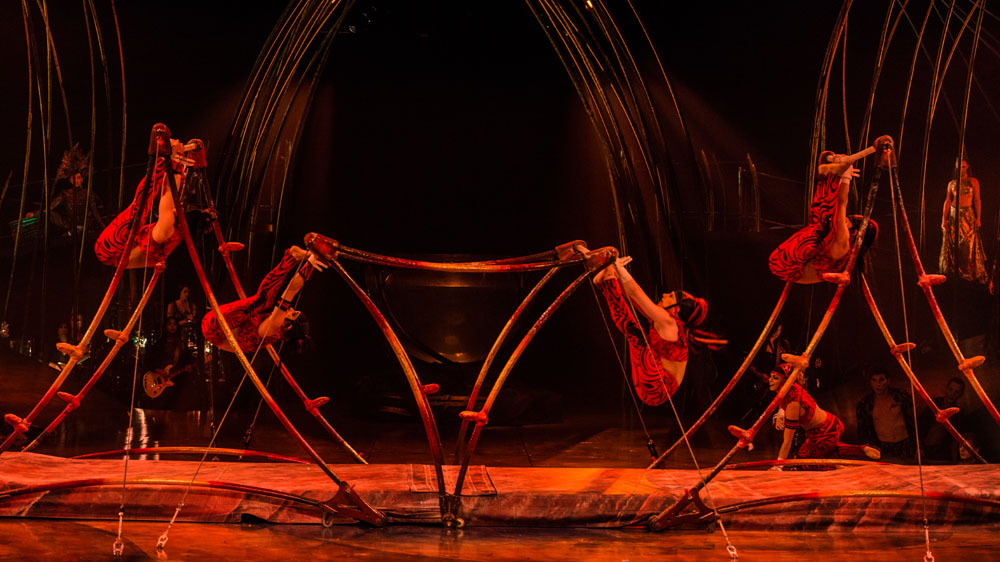