A fair bit of mystery has surrounded surrounded Samantha Spiro’s role in ‘Doctor Who’, but the latest episode offers us a little clue.

A little while ago you may have seen reports that Samatha Spiro, known to Game Of Thrones fans as Melessa Tarlay, would be appearing in the new season of Doctor Who. Well now, a nice little spot by the people behind the @Girlyletters Twitter account may have shed a little more light on the matter. 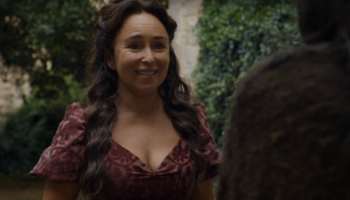 That’s her… And here’s @girlyletters’ musing…

So was Samantha Spiro Pope Benedict or was I just seeing things and she’s just Hazran? #DoctorWhohttps://t.co/t7eOXMiz3S

This, specifically, is what they’re talking about… 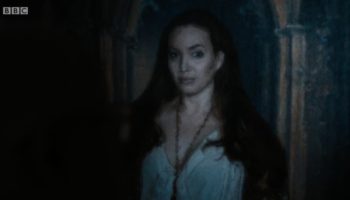 The picture of the Doctor’s old ‘friend’ Pope Benedict, who’s picture guarded the Haereticum, and thus the Veritas. 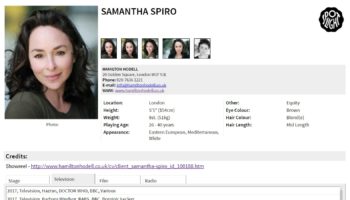 As you can see, Samantha Spiro’s agency list her character in Doctor Who as ‘Hazran’, so it’s far from clear whether it’s a genuine spot or simply a misunderstanding – but Steven Moffat’s propensity to hide characters is well known. Also, one wonders if there wasn’t just a little bit of exposition going on at that point in ‘Extremis’, which may pay off later.

Another interesting point is that the listings use of ‘Various’ instead of naming a director, may imply that we will see this Hezran character more than once before the series 10 run is over.

We don’t know… You wait ages for a Pope to come along, and the Doctor may be meeting two in a matter of weeks.

What do you think?

You can read our review of ‘Extremis’ here (with spoilers)