Written by Amanda Coe (Room at the Top, Shameless), the new four-part adaptation of the best-selling psychological thriller is described as “a provocative, audacious thriller that puts women’s lives at the heart of a gripping, insightful story about the values we live by and the choices we make.” 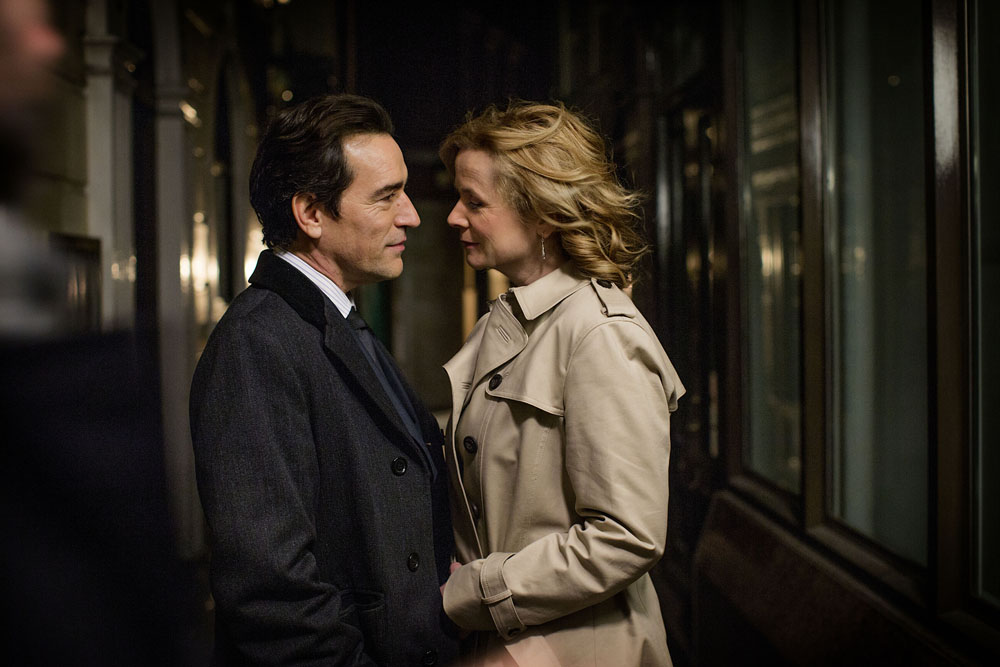 The official synopsis reads: “Married with two grown-up children, Yvonne Carmichael (Emily Watson) lives a contented, conventional suburban life. But her world spirals into chaos, when a chance encounter leads to an impulsive and passionate affair with a charismatic stranger (Ben Chaplin).

“Despite all her careful plans to keep her home life and career safe and separate from her affair, fantasy and reality soon begin to overlap and everything she values is put at risk, as a life-changing act of violence leads to a Crown Court trial.

“Yvonne’s downward trajectory is searingly realised; hers is a life ripped apart as the consequence of one, single, spur-of-the-moment decision. A decision any one of us might make.”

Emily Watson commented earlier this year: “I am both relishing and daunted by the prospect of taking on this role; it’s grown up, steamy and of queasy moral complexity.”

Are you looking forward to Apple Tree Yard? Let us know below…