BBC One has released a set of images from the new series of Call the Midwife.

Filming on Series 4 and this year’s Christmas episode began in May at the historic Chatham dockyard and at the period drama’s studio base in Chertsey, Surrey. 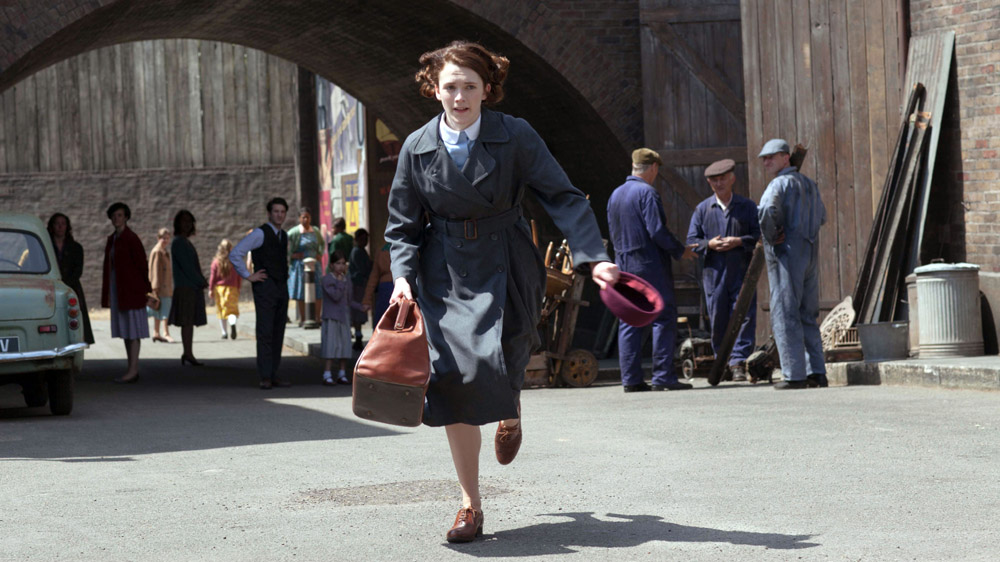 Another photo shows Jack Ashton and Helen George filming a scene as Tom Hereward and Trixie. 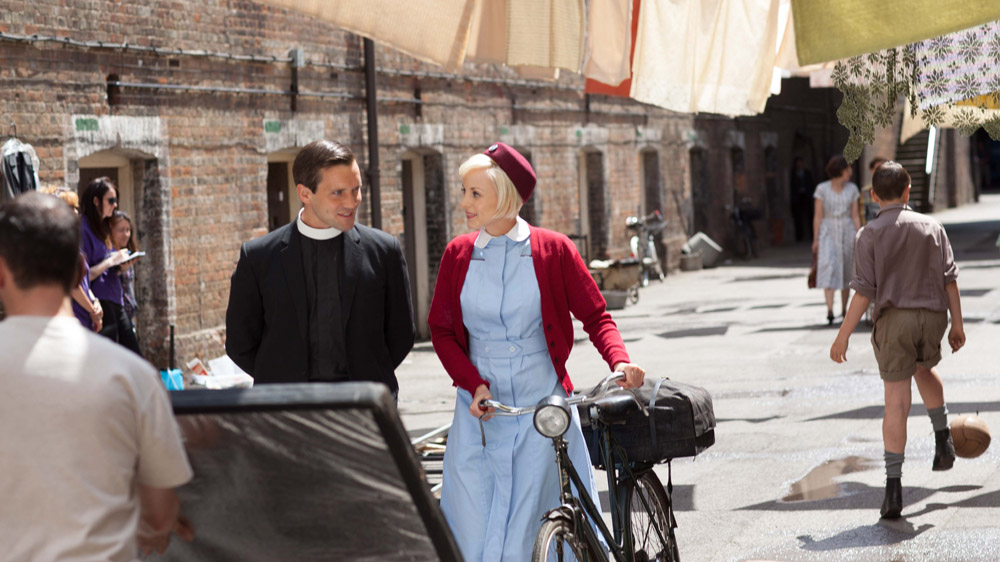 Linda Bassett (East Is East) also joins the cast in Series 4 as Nurse Phyllis Crane, while series narrator Vanessa Redgrave will appear as the mature Jennifer Worth on screen for the first time in this year’s Christmas special episode.

The third series concluded in March on BBC One.

Are you looking forward to Series 4? Let us know below…