Coming to BBC Two and iPlayer, Friday September 10 9:30-10:30 (this week!) is The North Water, and the BBC has provided an extensive pack of information, interview and images. While we’ve covered the series before, this is an extensive update.

What’s The North Water about?

The series is based on the book by English author and academic Ian McGuire, which was longlisted for the Man Booker Prize. Much of the shoot took place north of the Svalbard Archipelago, the cast and crew working entirely offshore in the Arctic Ocean. Here’s the synopsis:

1859. Patrick Sumner joins The Volunteer as a ship’s surgeon, hoping to lose himself in the tough physicality of an Arctic whaling trip. But the ferocity of the elements is matched by the violence of his crew mates, with Drax, a harpooner, a distinctly brutal force of nature.

As the true purpose of the expedition becomes clear, confrontation between the two men erupts – taking them on a journey far from solid ground and way beyond the safe moorings of civilisation. 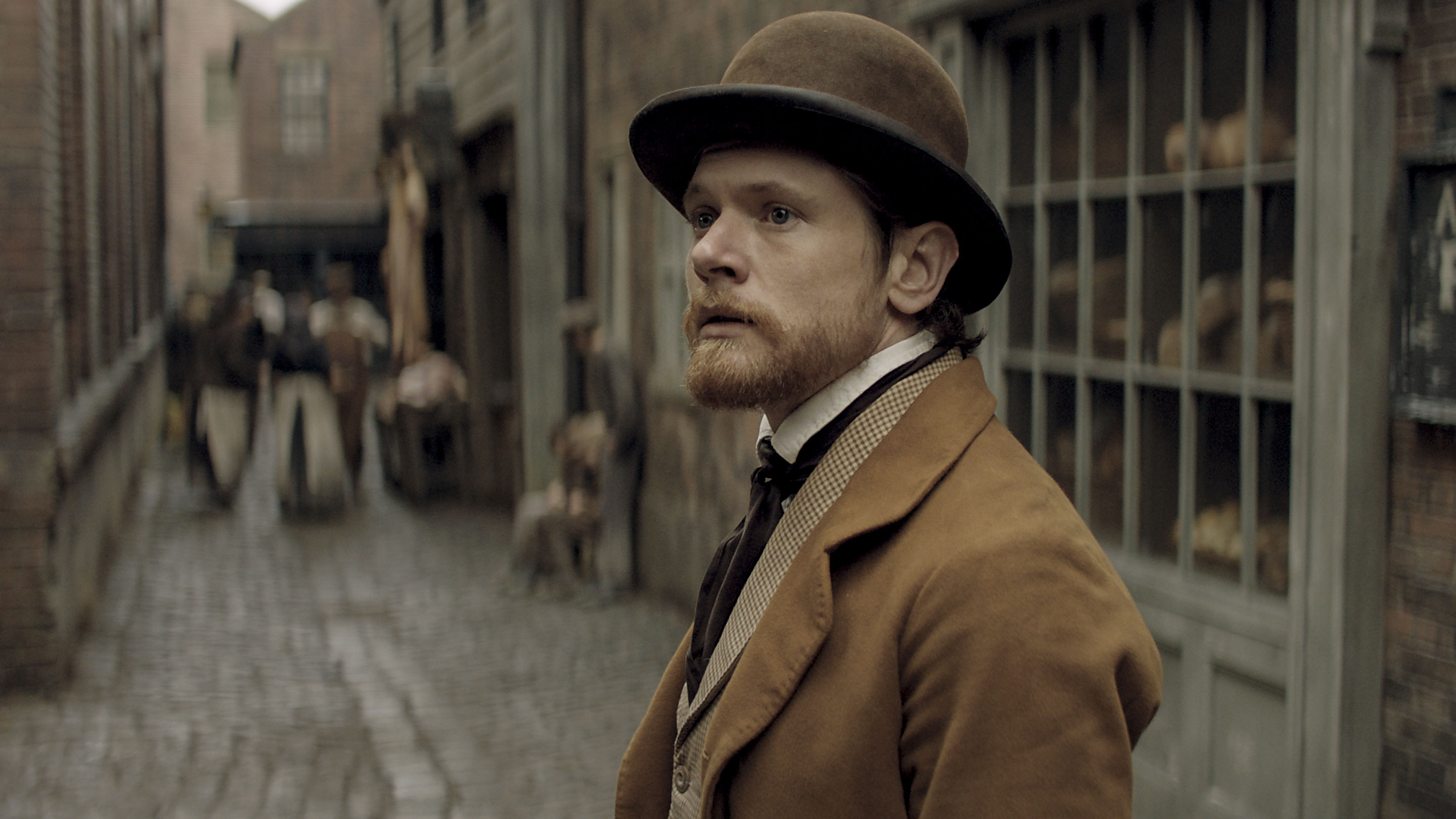 The BBC press pack has biographies for the main characters, as an example, here is the one for Jack O’Connell’s character:

Patrick Sumner is appointed ship’s doctor on board The Volunteer, a whaling ship sailing from Hull, bound for the North Water. He has recently returned from India, where he worked as an army surgeon, but keeps the bitter secret of his court-martial close to his chest. He’s also brought home a thriving laudanum addiction.

Keen to occupy his days and to claw back some semblance of dignity and purpose, he impulsively takes the job aboard the ship. Little does he know of the true nature of this expedition.

What else do we know?

The press pack is crammed with information, and there are also guides to the first two episodes as well (Episode One, Two). There are five episodes in total.