Click away now if you’re a dog lover, because this a sad one. Tom Hardy, whose beloved pooch Woody passed away earlier this year, will pay tribute to his absent friend with a National Dog Day (August 26) edition of CBeebies’ Bedtime Story.

Hardy has been a regular hit for CBeebies, with kids and adults alike tuning in to his soothing tones on occasions such as New Year’s Eve, Valentine’s Day and Mother’s Day.

Always by his side is Woody, who himself appears lulled to sleep by his human bestie, and this special episode was filmed before his death in June.

It’s a fitting tribute, as the actor and pet have been attached at the hip over the last few years. Woody regularly attended red carpet premires, and he even had a cameo in Peaky Blinders.

After he passed away, Hardy wrote on Tumblr: “To the bestest friend ever. To me and to a family who loved him beyond words and whom he loved without doubt more than I have ever known. Woody was the bestest of journey companions we could ever could dream of having. Out souls intertwined forever.”

Excuse us, there’s something in our eye… 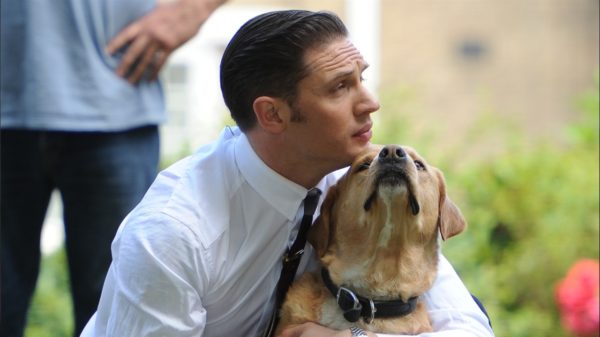