The six-part series has been penned by novelist William Boyd (Any Human Heart).

Adding another high-profile show to its roster, BritBox UK have announced they will premier Spy City this Christmas.

Spy City stars Dominic Cooper as secret agent Fielding Scott, who has been sent to 1961 Berlin by a clandestine division within the Secret Intelligence Service of Great Britain. His mission is to find out the source of the hemorrhage of vital security information.

The Russians, it seems, know everything. Someone in Berlin is giving away all the secrets of the Western powers – American, British and French. Fielding’s is possibly the hardest job in the world. Clean up Berlin. Find out who the traitor is. And expose, arrest or eliminate them. 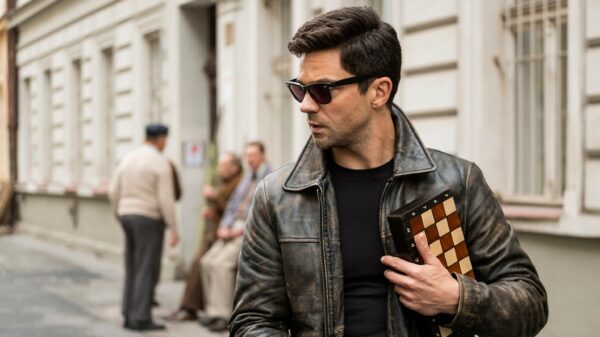 Spy City has already aired in Germany, and in the US on AMC (who we have to thank for a trailer):

Spy City lands on BritBox UK on the 23rd of December – and it looks ideal for those long days between Christmas and New Year.