The first trailer has been unveiled for ITV’s epic new Tutankhamun mini series.

The four-part drama is based on the story of Howard Carter – played by Max Irons (Woman In Gold, The White Queen) – and his discovery of the tomb of one of Ancient Egypt’s forgotten pharaohs, the boy-king Tutankhamun.

Sam Neill (Peaky Blinders, Jurassic Park) will play the “dashing and eccentric” Lord Carnarvon, who keeps faith with Carter and continues to back his expeditions when no one else will.

The official synopsis reads: “Set against the great sweep of ochre sands, looming cliffs and baking heat of Egypt’s Valley of the Kings, the story unfolds in 1905 when Carter, an eminent British archaeologist who we meet in his early 20’s, is fervently leading an expedition. Amidst the chaos scattered across the Valley floor, Carter’s grim determination to find lost antiquities is only too apparent. He has an easy manner with the Egyptian men who work alongside him, but when tempers fray Carter is hotheaded and puts the dig and his career in jeopardy.

“A chance meeting with the privileged and fast living British aristocrat, Lord Carnarvon, brings a change of fortunes as the enthusiastic amateur needs an experienced archaeologist to help him with a series of random excavations.  Carter and Carnarvon begin the most unlikely friendship, in spite of their differences in background and character. After years of searching for the tomb, Carter and Carnarvon successfully discover the last resting place of the boy-king in 1921 against all odds and at great personal expense.” 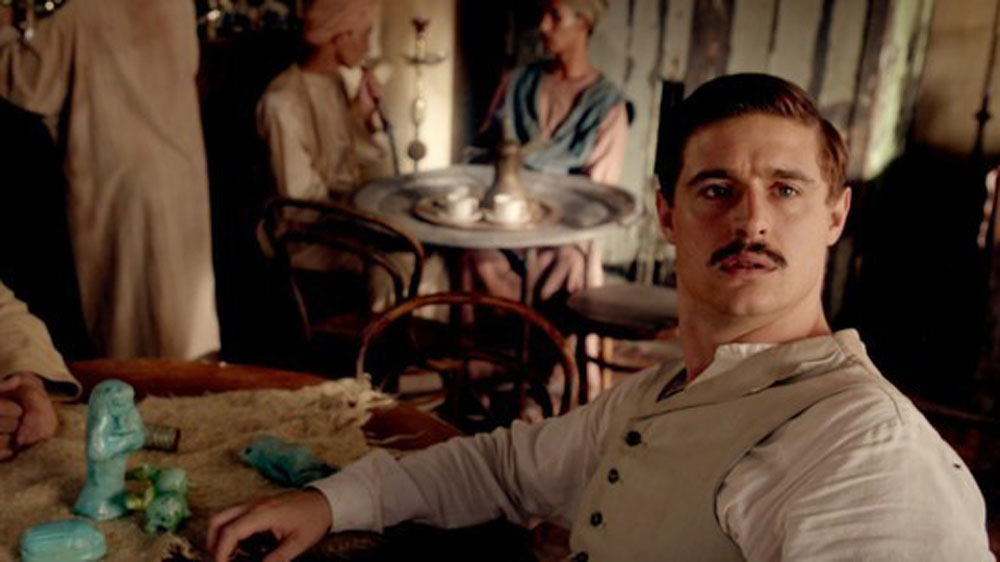 Written by Guy Burt (Jekyll and Hyde, The Bletchley Circle), Tutankhamun will air on ITV this autumn.

ITV’s Director of Drama, Steve November commented last year: “Tutankhamun is a story of epic proportions. Against the backdrop of World War One, conflict, murder, corruption, romance and the unlikeliest of friendships, Tutankhamun sees Howard Carter’s determination pay off in spectacular style when he discovers one of the greatest archaeological treasures of the modern world.”

Are you looking forward to Tutankhamun? Let us know below…