The TUDUM trailer is here, as well as a list of those taking part far too long to reproduce here in full

September 25 sees the first Netflix TUDUM a global fan event covering a wide range of series. Since the announcement, there’s now a trailer as well as a (vast) lineup. We bring you just a few of the details. If you want to see it all, the announcement is your friend.

We can do no better than duplicate Neflix’s own description:

On September 25, Netflix’s biggest stars and creators from around the world will join the virtual stage for an exciting day full of exclusives and first-looks. It’s our first ever global TUDUM event, and our goal is simple: to entertain and honor Netflix fans from across the globe. Over 70 films and series will be featured throughout the three-hour event — including some of our most popular returning seasons like Stranger Things, Bridgerton and The Witcher, La Casa De Papel and Cobra Kai, as well as blockbuster films like Red Notice, Don’t Look Up, Extraction, The Harder They Fall, The Old Guard and more.

If that’s not enough to whet your appetite, try this image from the trailer: 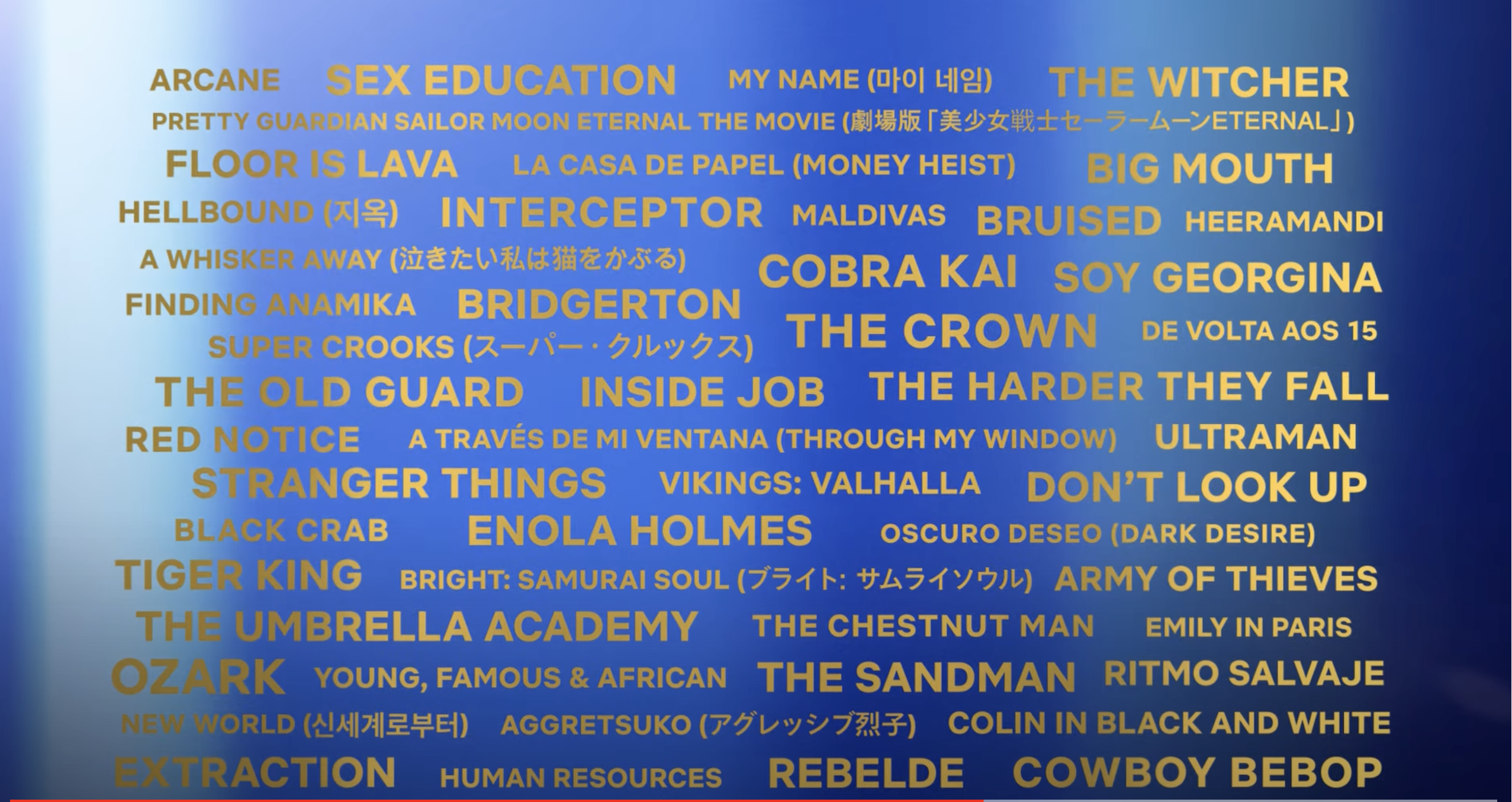 The virtual livestream event begins at 9am PST / 12pm EST / 4pm GMT / 1am JST and KST. The event will be broadcast across Netflix’s YouTube channels worldwide, in addition to Twitter, Twitch and Facebook.

We can’t begin to cherry-pick from this amazing line-up, bit will do our best to bring some of the highlights from the day, though give us a few hours to process! Meanwhile, give the trailer a watch.