Twelve episodes sooner than normal, we reach the end of the latest season of 24.

Live Another Day has been an experiment from the off – a twist on the formula designed to breathe new life into the show and hopefully extend the longevity of the franchise for future seasons – and as we reach the end it’s clear that, while the shortened episode order is definitely a boon, the show still falls prey to some of the traps that began dragging it down all those years ago.

As for the finale itself, it’s a pretty solid hour, providing good resolution and character moments for all of the main players, while also featuring its fair share of shoot-outs and shocks. The big casualty is Audrey, who goes down with a mid-episode silent clock.

The highlight of the episode was undeniably the way everybody reacted to this loss, with the news providing strong moments for both Kiefer Sutherland’s Jack, whose disbelief and shock turns quickly into the sort of berserker rage that you don’t want to get in the way of, and William Devane’s President Heller. Heller’s reaction, as Audrey’s father, is particularly gut-wrenching, but more on that later.

In the action stakes, it’s a shame that Jack and Kate Morgan are yet again split up, as them working together has been one of the season’s stronger aspects, but at least Jack has his faithful right-hand-man Belcheck back with him.

The first set-piece, with Chloe guiding the pair through a freighter swarming with Cheng’s men via satellite, unfortunately comes off a bit like watching someone else play a video game – boring, essentially – although once Chloe is cut off and Jack has Audrey to avenge, things get significantly more exciting. The punch-up with Cheng is thrilling, while the moment when a grieving Jack decapitates him with a katana sword is one of the most shocking WTF moments in 24 history.

And then there’s the much vaunted time-jump, which the producers would probably have been better off just not mentioning. While it should have been obvious that it wouldn’t come until the final moments of the season, jumping from 10:46pm to 10:50am, it might have been more fun to see the story propelled forward half-way through, and there was definitely an element of expectation on that once the time-jump was confirmed. In the end, it was used just as a simple coda.

Still, the jump forward allows for some further removed reactions to the events of the day, which, while hardly revolutionary, remains an effective device. The most striking use of the time jump is to provide the pay-off to President Heller’s Alzheimer’s plot – a strand that seemed increasingly superfluous – but which comes into play in utterly devastating fashion during the final moments.

Having lost his daughter, Heller admits to Prime Minister Davies that he’s essentially in a position where he’s welcoming the onset of his Alzheimer’s. He’s almost glad that he has the disease, and can’t wait for it to take effect, as it will erase the memory of his daughter, and all the hurt that he feels at her loss. That’s an incredibly dark place to take the character, and the show, and it’s brilliantly sold by William Devane. 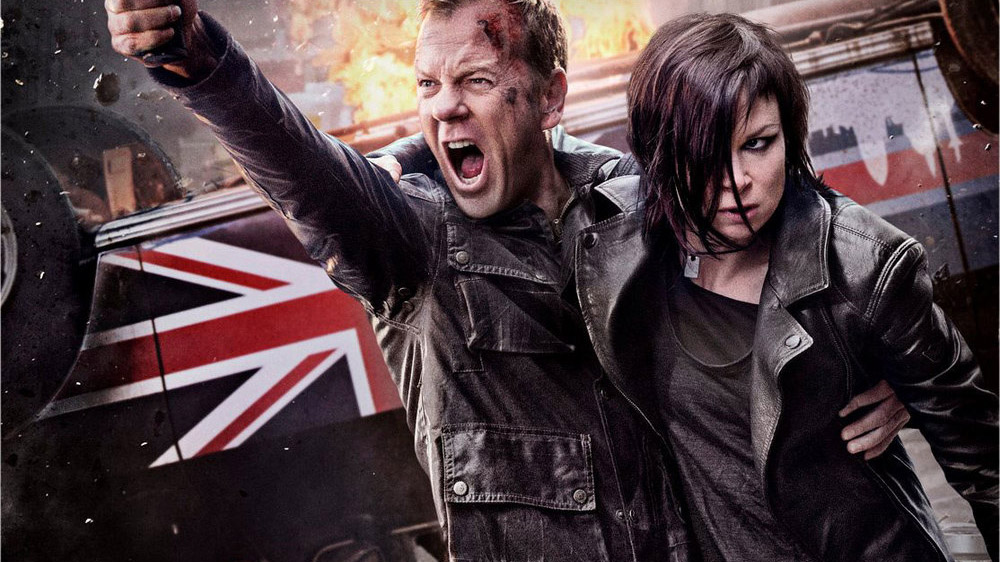 The season ends with Jack having to hand himself over to the Russians in order to save Chloe. Jack hasn’t had too much of an arc this season – at this point he’s more the device through which other people’s stories are built – although the moment he admits that Chloe is his best friend (well, duh) is still a nice one.

There’s even an element of peace in Jack’s decision to hand himself over for imprisonment and torture – much as Heller makes a bleak peace with his disease – you get the sense that Jack is just tired of fighting; tired of the hurt. His decision also leaves the door open for future seasons, although: what about that silent clock treatment at the end? Nobody had died immediately preceding the clock, so are we to read that as the death of 24 itself? Let the theorising commence.

Overall, 24 Live Another Day has been a successful truncating of the usual 24 format. The abbreviated structure allowed the show to trim most of the fat, providing a much more lean and pacy plot, providing better material for a core group of characters, rather than having to carry numerous dead-weight figures to pad things out.

However, even with a more streamlined number of episodes and characters, some of the old pitfalls still crept into proceedings. Navarro being outed as a mole was groanworthy, and felt like the writers box-ticking established 24 tropes, while Kate Morgan – whose introduction and development were one of the season’s strong points – drifted in and out of the plot far too often.

And while the production structure was different, the actual nature of the way the plot flowed stuck rigidly to formula. One big bad, dealt with towards the end, leads to an even bigger bad and even higher stakes. It might have been nice to see the show try something completely different – say, the time-jump in the middle – but these are relatively minor quibbles.

24: Live Another Day was certainly one of the better seasons of 24 since the show’s heyday in the mid-noughties, and proves that there’s still – just about – life in the old dog yet.