Well, as many speculated after last week’s episode – which didn’t end with the silent clock treatment – President Heller is still alive. This is both excellent news, and somewhat problematic.

Last week’s episode dealt primarily with Heller making the decision to sacrifice himself, and the way that those around him dealt with that decision, and it was all strong material. But now that he’s alive, is it a twist that works?

On the plus side, revealing that Heller emerged unscathed from Wembley Stadium is great because it gives us more of a strong character in Heller, and a top performer in William Devane. However, it does rather negate most of what was great about last week’s episode: all of those great emotional beats that the show took us through now feel like shameless audience manipulation.

Re-watching the final moments of last week, and it’s clear that to buy into the twist, you have to disregard all of the laws of reality, both internal to 24 and external to the world at large. If Chloe came through with a plan to save him, she’d have had to do so, enact it, tell Jack, get Jack to enact it, have Heller run back off the pitch, all in a matter of seconds. It’s just not feasible, which makes it feel, again, like something of a cheat. It’s a fun twist, but if you stop and think about it for more than a second, it’s a total con on the audience.

It might have been more fun to let us in on the development, and have the episode end with Jack yelling to the president, and have Heller legging it off the pitch before the missile can hit; the turf exploding up into the air behind him as he leaps for safety… That might have been the sort of fun action-beat that this season seems to be revelling in, without making his survival feel like a cheat. Everyone loves a twist, but the logic behind this one is patchy. 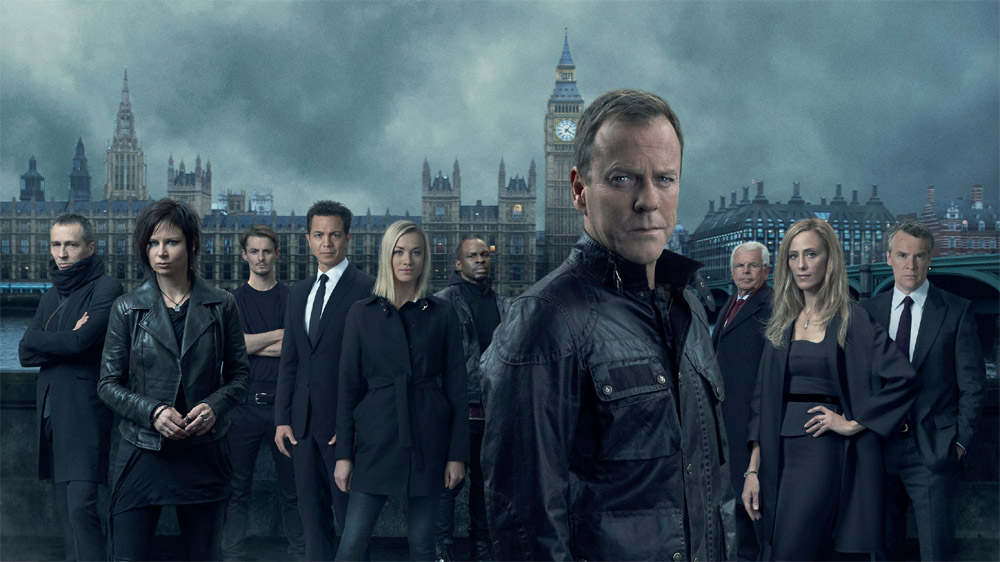 However, the rest of the episode rattles along wonderfully from that point, essentially bringing an end to the season’s big story with Jack and co. finally catching up with Margot Al Harazi. The thrilling assault on Margot’s stronghold is pulse-racing stuff, even if it does end with the ludicrous notion of Jack remote-controlling a launched missile to safety. (Is that something that’s even possible?)

What’s most striking about this sequence is how it ends with Jack committing cold-blooded murder. And that’s… that’s really not okay. Margot was down and out, and rather than take her into custody, Jack throws her out of a fifth floor window. That’s not justice.

It’s been firmly established that Jack is a rogue agent these days, beholden to nobody but himself, but with nobody to keep him in check he seems to have lost his moral compass. Jack doing what he must is fine – even if it means descending to torture – but murder like this is a step beyond the pale, and it’s worrying that, thus far, the show hasn’t really acknowledged this. Perhaps it will in future episodes after the dust has settled.

Elsewhere, and poor Jordan Reed is revealed to have perished in his scuffle with Navarro’s assassin, which puts Jack and Kate on his trail. As a result, he gets growl-whispering Adrian Cross to help him out of his situation – in return for stealing the drone override device. With Margot dealt with, it appears Cross is now the Big Bad for the remainder of the season.

And, almost more disturbing than Jack’s wanton murderings, is the moment near the end when Chloe kisses Adrian on the lips. Oh, Chloe. After all these years, can’t you tell a wrong’un when you see one?

Speaking of Chloe, by far the most amusing part of the season so far has been the notion that Chloe was able to conduct all of her usual CTU, Jack-aiding activities from the comfort of a local London boozer. Is she using The Cloud, do you think? Sure, most people can’t even check their Facebook on pub Wi-Fi, but Chloe can hack US military drones in a Wetherspoon’s because she’s Chloe damn O’Brian, okay?

Anyway, we’re nine hours into this pacey season, and Margot’s been dealt with, the drones are all secured, and Jack’s been given a full pardon for his former transgressions, but there’s still Navarro and Cross to deal with, as well as the looming threat of the Russians hanging over our hero’s head.

For a shortened run, Live Another Day has certainly packed a lot in, and with the promised and increasingly intriguing time-jump due very soon (we’re nearing the end, after all), there should be plenty left to enjoy.