There’s no chance of a refresher course in characters or situations here – it’s peddle to the metal, and as a result, we’re left with an opening instalment that is exhilarating from the off, with a gripping story centred on a siege at a young offender’s institution.

Anyone who watched and enjoyed the pilot will be relieved to find that the direction of the show has stayed consistently top notch, despite the departure of Danny Boyle from the director’s chair.

Jon S. Baird (Filth) is an apt replacement, his direction tight and focused throughout, with the action scenes and the more talky moments blending seamlessly together, both packed with tension and verve. The smaller moments are just as intense as the riot scenes in the young offender’s institution, especially the threatening balcony interrogation of Assistant Commissioner Charles (Paterson Joseph) at the hands of his relentless and terrifying boss Richard Miller (James Nesbitt), who may well be Babylon’s answer to Malcom Tucker (though a little less sweary and a lot more scary so far).

The Thick of It parallels don’t stop there – Jesse Armstrong takes a solo crack at the writing whip this week, and his previous experience on BBC Two’s political comedy has clearly stayed with him, with some of the wittier, funnier lines spouted by the cast feeling reminiscent of the former show. 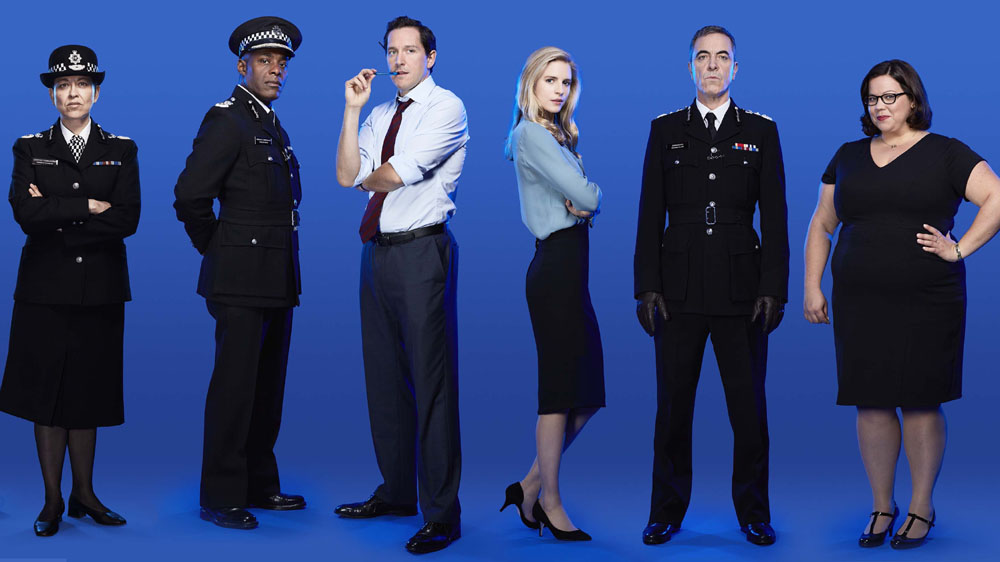 That’s not to say that Babylon hasn’t forged its own identity – if anything, it feels as though the teething problems in the pilot regarding the tone have been put to bed, with the episode keeping a perfect balance between the drama and the humour. The characters retain their trademark wit and cynicism, and there’s plenty of darkness here to balance out the episode’s sillier moments (chicken nuggets, anyone?).

With such an all-round accomplished cast giving it their all, it’s hard to pick any standout performances without resorting to copying and pasting the entire cast list from IMDB. Everyone here is superb, bolstered by a witty and involving script as well as some top direction.

Continuing storylines of particular interest are Warwick’s ongoing post-traumatic stress and the ongoing political backstabbing between communications officers Liz and Finn, a relationship that looks set to enthral throughout the six-part season, so long as the writers can avoid repetitive scenes of office-based barbs and take the story down an unexpected route or two.

All early evidence points towards Babylon being both a gripping and groundbreaking police drama, one with its foot set firmly in 21st century ideals and its tongue firmly in cheek. If the writers can keep this level of political intrigue, black humour and engaging drama up over the course of the next remaining five episodes, then Channel 4 may well have a very original hit on their hands.

What did you think of the return of Babylon? Let us know below…