First we had Orange Is the New Black, then we had Transparent and now we have Boy Meets Girl, the latest TV series to feature a trans actress playing a trans character in a main role.

The new six-part sitcom was created by Elliot Kerrigan, who submitted the script for the Trans Comedy Award. The scheme was designed to find a sitcom which offered a positive representation of a trans character and with Boy Meets Girl they pretty much nail it.

“So….you….you were…you were born into the wrong body?”, Leo asks when Judy tells him that she’s trans.

The basic plot of Boy Meets Girl revolves around unlucky in love Leo when he meets the mysterious Judy who, aside from being older than him, is also a trans woman. It’s all very Gavin and Stacey, but that’s no bad thing.

While Judy’s past is a major theme to the show it isn’t the main one. Essentially it’s a story about love and how two people can find themselves entwined in it, two people from very different backgrounds.

Along for the ride are Leo’s brother, eternally chasing the next ‘fitty’, and his parents, the overbearing mother and laid back father. On Judy’s side we have her man eater sister and crazy mother.

While Leo and Judy are obviously the leading stars of the show here, these supporting members are all strong and only strengthen the story. The strongest of these is undoubtedly Peggy, Judy’s mother. Played by the superb Janine Duvitski (One Foot in the Grave, Benidorm), she’s a perfect foil to the straight-laced Pam (Leo’s mother, played by Denise Welch). 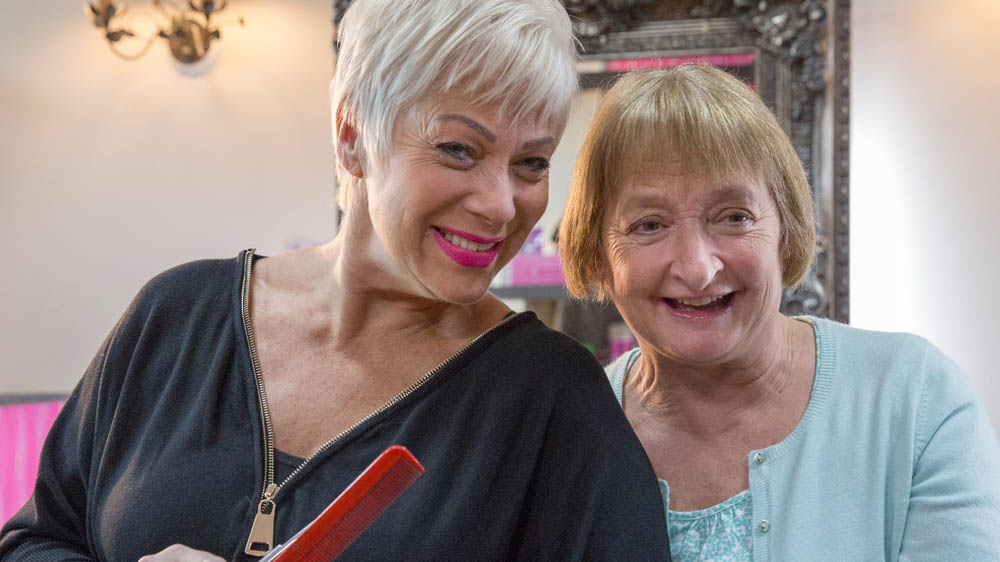 It was always going to be tricky creating a sitcom based around a subject as sensitive as gender identity, but in Boy Meets Girl the BBC have got it right.

The first positive thing is in the casting of Rebecca Root. It’s clear that she draws on her own experiences in her portrayal of Judy and this can only help the audience in understanding trans issues. Another thing the show gets right is by not making Judy the butt of any jokes. A lot of the time she’s in on the humour or the jokes are made to highlight certain misconceptions about what it’s like to be trans.

While it’s no Transparent, it’s the closest thing we’ve got on British TV. Boy Meets Girl is a different kind of sitcom, more Hebburn than Faulty Towers, but that lends itself perfectly to the themes.

Obvious comparisons are going to be drawn with the aforementioned Gavin and Stacey – but, rather than being a rip-off, Boy Meets Girl is an educational, sentimental, funny and heart-warming tale of an unlikely love between a boy and a girl.

Are you looking forward to Boy Meets Girl? Let us know below…