Written by and starring Phoebe Waller-Bridge, Channel 4’s Crashing follows the exploits of a group of people living in a disused London hospital as property guardians whilst trying to navigate some massive life changes.

Lulu (Waller-Bridge) opens the episode on her way to surprise someone, upsetting fellow passengers with the help of a ukulele. Her behaviour – though funny – screams trouble.

Meanwhile estate agent Sam (Jonathan Bailey) begs the sensible Kate (Louise Ford) to throw caution to the wind and have a party, employing tactics ranging from offering sexual favours to guilting her about his recent loss. They seem worlds apart, with Kate happily moving forward into responsible adulthood whilst Sam clings to his ‘90s-style “lad” days.

As the episode unfolds the audience is introduced to Kate’s nice-but-dim fiancé Anthony (Being Human star Damien Molony), Melody (Julie Dray) a chain-smoking French artist with absolutely no filter, the meek and near-invisible Fred (Amit Shah) and depressed outsider Colin (Adrian Scarborough) who is in the midst of a major life crisis and needs to start again. 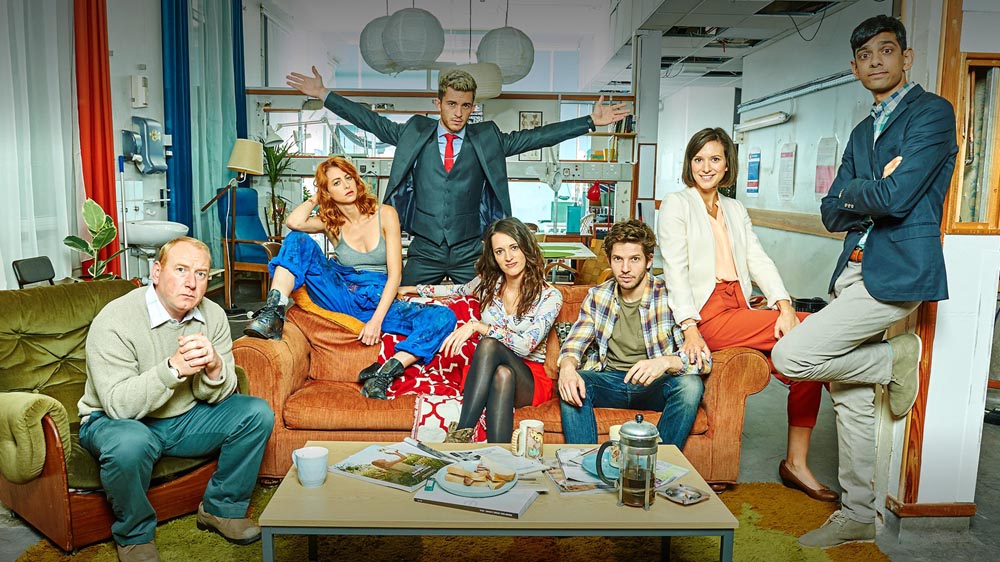 The party and scavenger hunt which dominate the episode work to split apart the group and throw them together in Odd Couple-style combinations. It’s clear that in any other situation they wouldn’t spend time together, but in Crashing they have no choice, creating conflict that brings out the best and worst in them.

Melody pushes Colin out of his comfort zone in a cringe-worthy way in the bathroom scene, but the literal toilet humour works in that way it always does for C4, giving one of the funniest scenes of the episode.

Also noteworthy are the scenes between Sam and Fred, which swing wildly from teamwork, to fight, to something more. There is a definite spark between them, but whether the blunt questioning of each other is a red herring or a hint at what is to come remains to be seen. Whatever this relationship is it looks to be an intriguing one which could go many ways.

Episode 1 ends with confirmation that Lulu will stir up drama, doubts that Kate and Anthony will make it to the alter, questions over Sam and Fred, a role-reversal between Sam and a drunken Kate, and Colin taking his first step to moving on from his wife with the free-spirited Melody breaking him out of his shell (who knew making someone stick their hand in a toilet could be so good for them?).

We are introduced to a group on the cusp of becoming proper adults in a world that no longer makes this easy. Some are ready for it, some aren’t, and Colin is forced to do it for a second time.

Crashing has a vein of darkness running through it, reminiscent of Channel 4’s hit Teachers. The jokes could be seen as cruel, but in actuality they’re honest, combining compassion and flippancy towards one another that brings laughs and will speak to a lot of ‘20-somethings trying to grow up in the world right now.

What did you think of Crashing? Let us know below…