This week, Inside No. 9 receives a 999 call as something goes terribly wrong at a birthday party.

In truth, quite a few things go wrong before the episode is out, but let’s go back a bit – as indeed the episode itself does, starting with a dramatic prologue before going back in time and setting everything up.

The first four episodes of this second season have been generally the better advertised – insomuch as anything about this show has been well advertised – and it’s this film, ’Nana’s Party’ and next week’s that are more likely to come to the screen with the general audience knowing little or nothing about them. In fact, next week’s ‘Séance Time’ is even more hidden from view, shunted as it is forward a day in the schedule, airing on Wednesday rather than Thursday.

All of which means that it’s highly appropriate that this week’s story is all about the hidden: family secrets , buried desires, and even the literally hidden, as Jim (Steve Pemberton) and Pat (Reece Shearsmith) attempt to out-do each other with their practical jokes. 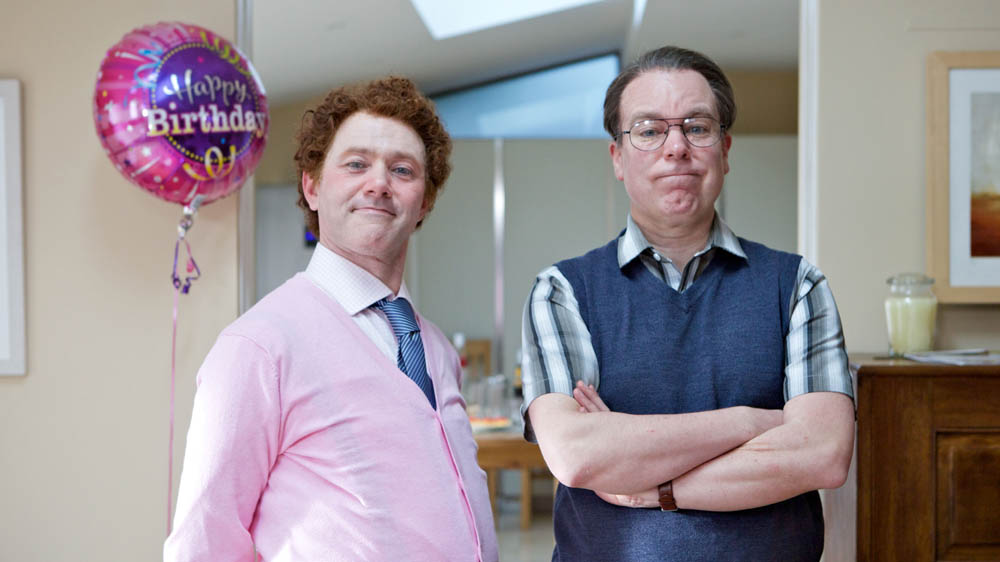 Quietly suffering next to them are the wives: Claire Skinner’s Angela would admit to having a severe case of OCD if she could only bear to put the letters in that order, and Carol (Lorraine Ashbourne) is a barely functioning alcoholic. If this doesn’t sound like material ripe for comedy, you’d be right: while there is a lightness of touch in this half hour (directed by Shearmsmith and Pemberton), the episode is far more interested in the suburban pain that unfolds when people are thrown together for a birthday party.

It’s Nana’s 79th. ‘I just wish it was the 80th,’ Angela mutters. ’Then we could have it all … done.’ Her teenage daughter Katie (Eve Gordon) is horrified. Despite wanting to keep hidden herself, up in her bedroom, she clearly loves her family. She might be a little concerned about Auntie Carol, however, who’s increasingly unsteady on her feet.

A word about Lorraine Ashbourne: in an episode stuffed full of great performances, she is painfully compelling, managing to seamlessly blend almost clownish comedy with ugly realism. 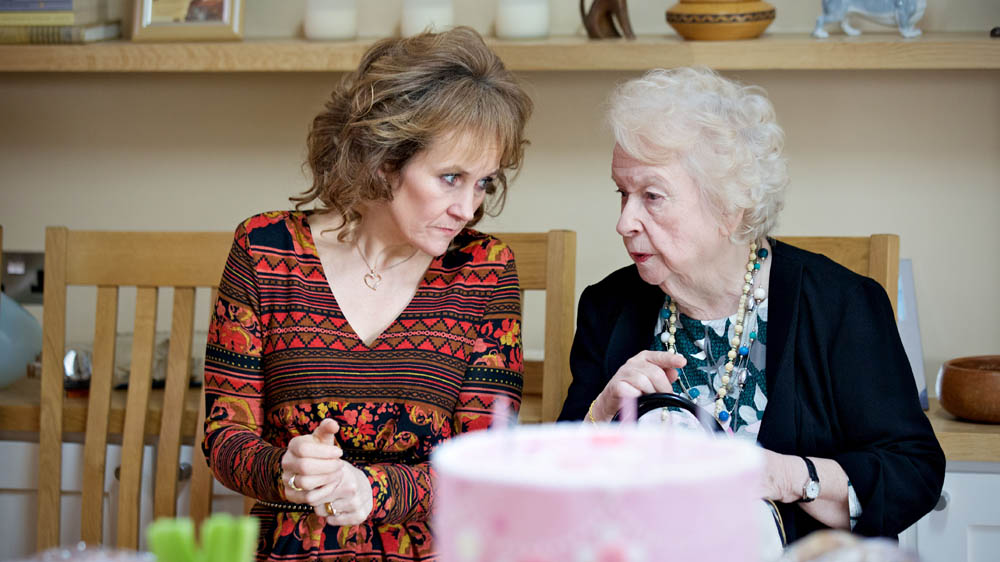 Last week, we spoke about Shearsmith and Pemberton’s fascination with the quiet desperation of everyday banality. This episode takes that to the hilt – the hilt of a very big knife, in fact.

‘I’m always nice,’ Jim smiles at one point. ‘I just want my revenge.’ Elsewhere, Pat offers up gags and one-liners half-heartedly, with the air of a man who’s been told he only has one birthday left.

What’s also gleeful about this episode is that Inside No. 9 is now at the point where the writers can get audience perception (and assumption) to work to their advantage: several dangling plot strands are pulled up tightly in the closing minutes, none of them quite what you will have been expecting. But the expression on a characters face in the final frame betrays no surprise whatsoever.

‘She stole my wish,’ bemoans birthday girl Maggie (Elsie Kelly) at one point. We can only wish for more television like this. At regularly scheduled times. A third season, please