After last week’s ‘The Calyx’, we take a break to the country this time – but the action and adventure don’t get left behind.

Five episodes in, Jekyll and Hyde now seems much more confident in mixing a standalone story with Robert’s quest for answers. Here we get the brilliant Amelia Bullmore as the monster-of-the-week – a werewolf take on The Hound of the Baskervilles – AND a distant relative of Jekyll’s who enlightens him further on the mysteries surrounding him.

For the first time, this episode mostly eschews the ongoing story arcs for a pleasantly old-fashioned jaunt to the realm of old Hammer horror films and classic ghost stories that whole-heartedly revels in the tropes – suspicious villagers (led by a sadly underused Kevin Eldon), a spooky country pile, a family curse… 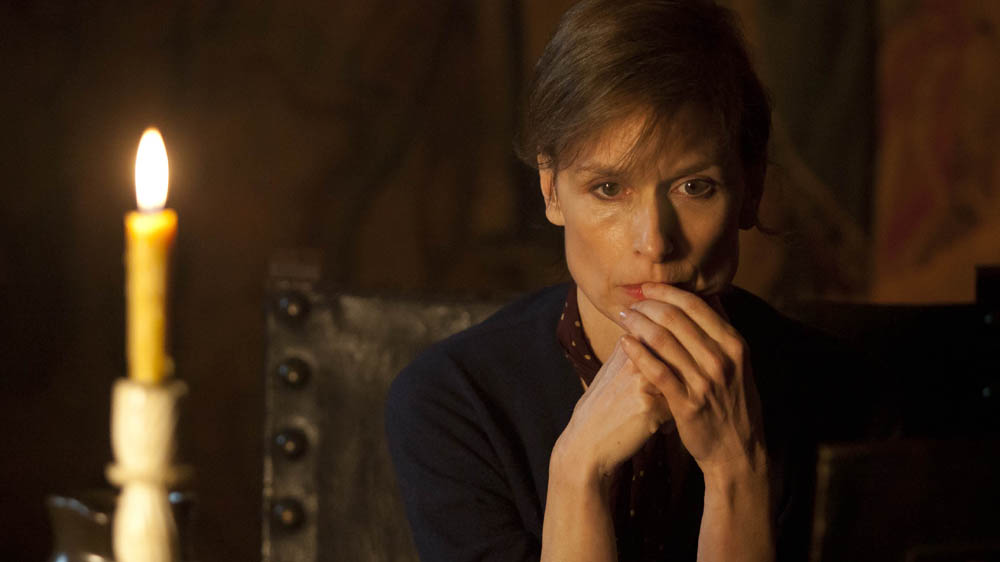 In fact – and this is no bad thing – the show’s influences were more obvious here than in previous instalments as, alongside the horror vibes, with a mystery in a sleepy English village being investigated by two intrepid heroes it reminds you of some episodes of The Avengers and that ilk of 1960s adventure shows that creator Charlie Higson is said to be hugely inspired by. Although which one out of Jekyll and Utterson is suave secret agent Steed and which is the catsuited Emma Peel is entirely up to you.

Sending Robert and Max off to the country alone was a great move, stripping away the show’s sometimes dizzying array of characters (screen time has previously been shared between about ten main roles at our count!) to give us some welcome character development for Utterson who had possibly suffered the most from the packed cast. 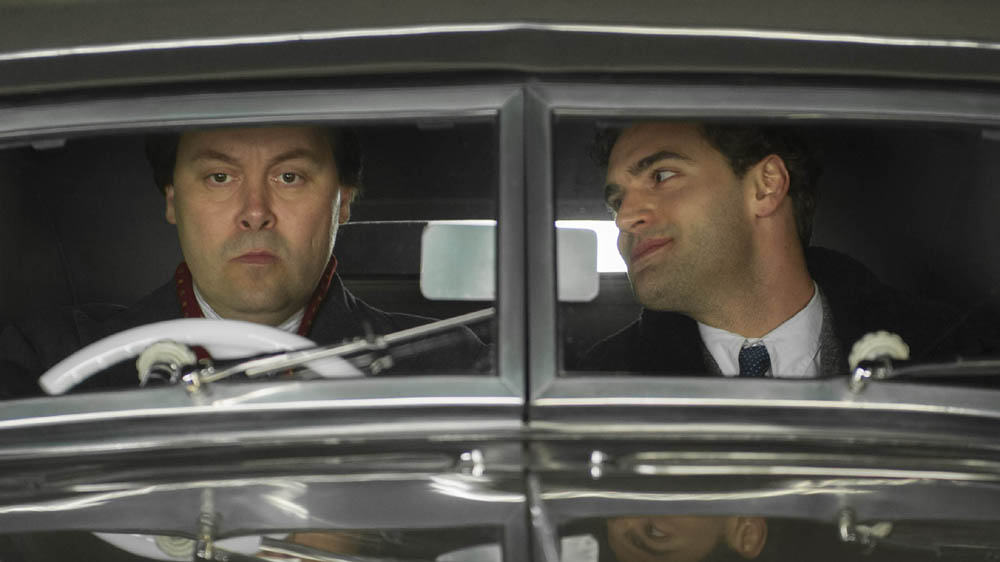 Christian McKay provides an endearing performance as the usually office-bound lawyer set free for a bit of adventure – before it proves his undoing.

His demise at the end of the episode was both touching and unexpected. That makes it two seemingly regular characters snuffing it in two episodes. Such a cavalier attitude to the fate of its cast should make the series a great ride as it continues.

Speaking of which, there are also some fascinating hints at the never-ending war with the Tenebrae as well as the juicy revelation that Hydes run in the family bloodline not just in the potions of Grandad Jekyll. Not to mention the strange power of the Great God Pan that can reanimate corpses.

With such a plethora of ideas squeezed into the hour, it’s amazing that ‘Black Dog’ is as breezy and thrilling and, most importantly, fun as it is.