It’s hard to follow up a lesbian wedding, two marriage proposals and the death of a recently betrothed first time mum.

Nevertheless, Last Tango in Halifax exploded back in to the living room this week, quite literally, when good boy Lawrence rebelled against the lack of stable status quo at home. Dismayed with his new baby sister and showing no compassion for his recently widowed Mum, Lawrence did what all sixteen year old boys would do – he set off bangers and pretended to be Quentin Tarantino.

Caroline and Gillian seem to have put aside their recent troubles and entered in to a life of domesticity: peeling potatoes and looking after babies. The pseudo sisters exuded calm and bonded whilst sharing tales of their misspent youth.

It turns out Caroline wasn’t always a good girl, having been given a whole two detentions (for nearly poisoning the boys in her class) and Gillian was suspended for having sex on school grounds. Nothing much new from either of them there then… 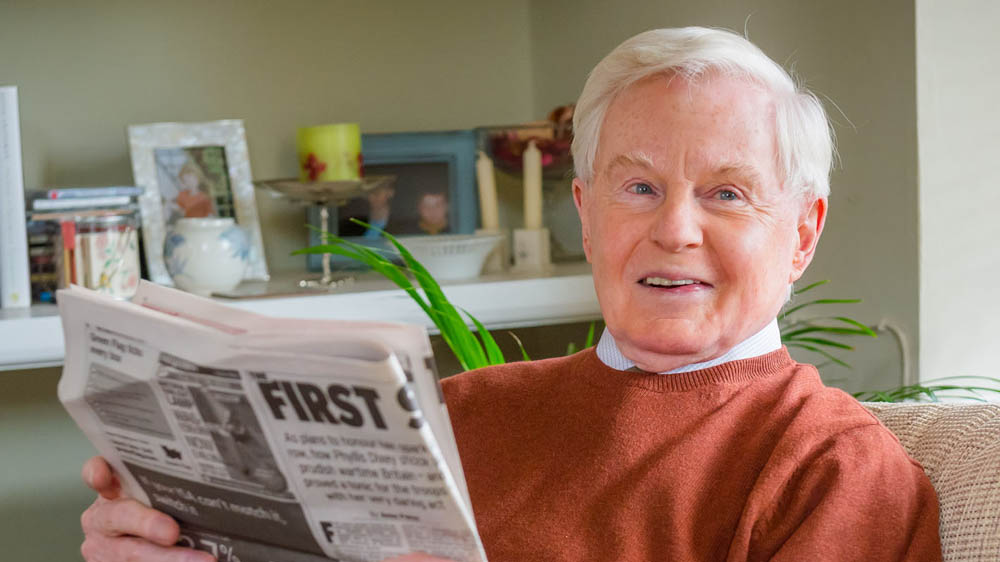 It looks like Gillian may finally have fixed her troublesome tractor, as there wasn’t a single tinkling under the hood in Halifax this week. Instead it was an evening of family bonding, interrupted only by the over-familiar and unhinged latest addition to the clan – needy Gary. You know it can’t be good when both Celia and Alan agree that he’s just a bit much.

In Harrogate Caroline has returned back to work. New nanny Holly seemed to be the perfect fit for Flora, until she went on a bender in Bradford and was locked up in the slammer. Thoroughly modern Mary Poppins dramas aside, Caroline seems to be coping well with the loss of her new wife – except for the regular hallucinations where Kate appears to offer some golden nuggets of advice.

It’s not right when people come back from the dead on TV. Back when Rachel died in ITV’s fabulous Cold Feet, she came back for so many heart-wrenching scenes that I was praying for her to pop her clogs once and for all. Typically though, writer Wainwright manages to use the rentaghost device in just the right measures. Kate’s appearances are short, infrequent and perfectly unsentimental. 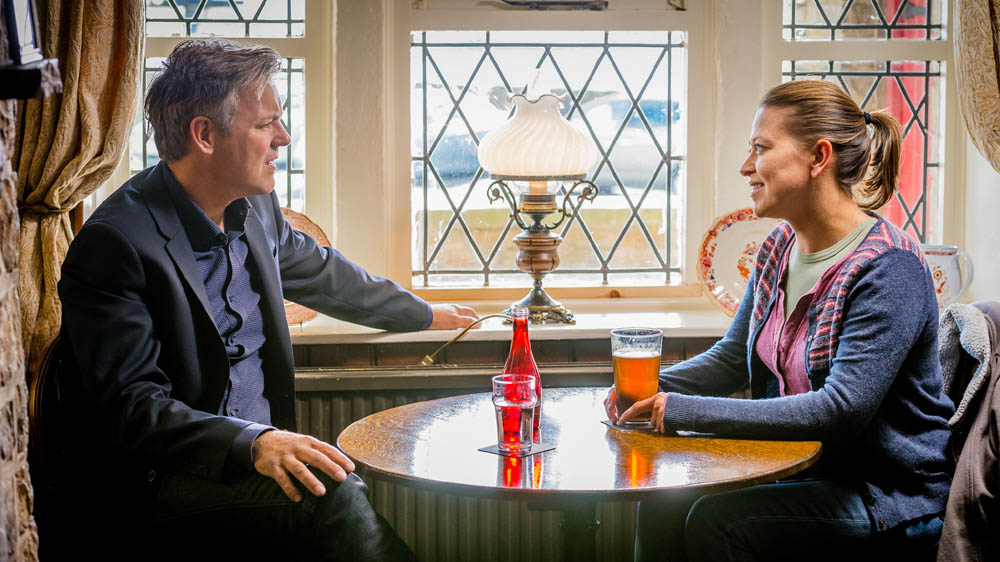 Joyous John, never one to miss an opportunity, misjudges Caroline’s newly found, and very much unwanted, relationship status and having been recently rejected by Gillian, he proposes to his lesbian ex-wife that they give their relationship another shot. Oh John, that’s deader than Kate, and she’s buried in the ground.

So who will be left holding the baby? At Kate’s advice from the grave Caroline calls Greg. And what a breath of fresh air he is. Marcus Garvey is comedy perfect as Flora’s biological Dad. An unlikely hero, this Peter Pan brings Lawrence and Caroline back from the brink, and hopefully this is the start of something beautiful, if unconventional, for them all.

Meanwhile, Gary had a few misjudged ideas of his own. Having brainwashed Raff in to wanting to leave school and join the family business, he also wants to pay for Gillian and Robbie to have a big o’ bash for their wedding. Nearly everyone seems to think crackpot Gary has good intentions but as Celia wisely points out, where Gary is concerned “Saying no is not always an option.”

Let’s hope for all their sakes Gillian manages to find her voice in time to say no to big brother.