The fifth episode of Red Dwarf XI is enjoyable enough, but perhaps the weakest of the season so far.

‘Krysis’ sees Kryten suffer a mid-life crisis and worry that he hasn’t accomplished enough in the almost three million years since his creation. The rest of the crew track down another mechanoid, in an attempt to show Kryten just how far he has come, but make matters worse when the mech turns out to be, amongst other things, a talented artist, composer and scientist.

Kryten-centric episodes of Red Dwarf have been rather hit-and-miss in the past, with ‘Beyond a Joke’ from Season VII and ‘Krytie TV’ from Season VIII ranking as some of the show’s poorest episodes. The good news is that ‘Krysis’ is a far better effort than both of those, even if it doesn’t quite reach the high standard set previously in Season XI.

After an opening scene where Lister once again displays his questionable personal hygiene habits, Kryten takes centre stage, lamenting that he has fallen out of love with cleaning. We then get a nice callback to the idea of Silicon Heaven, with a very funny joke about Blackberries going to Silicon Hell just because they’re made by the ‘wrong’ manufacturer. 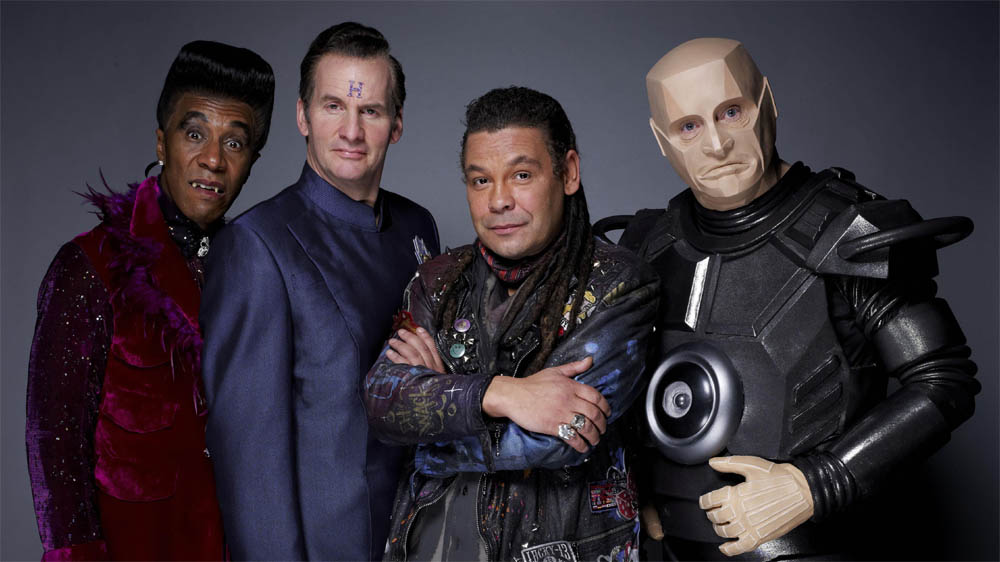 As Lister tries to explain the concept of a mid-life crisis to the Cat, who naturally has never felt anything less than happy with himself, a valid point is raised by Rimmer. Namely that although Lister may boast about how he taught Kryten to break his core programme, he ultimately holds him back by continuing to use him as a service droid. Lister brushes the issue aside and it doesn’t really come up again, which is a pity as it could have been interesting to explore.

The crew’s encounter with Butler, a mechanoid similar to Kryten in design, is the episode’s highlight – partly due to a terrific guest performance from Dominic Coleman (Trollied, Upstart Crow). Robert Llewellyn is also on great form here, as Kryten becomes increasingly bitter and irritated by Butler’s many accomplishments.

It must be difficult to make clear facial expressions through the mask, but Llewellyn manages some hilarious ones while Butler tries to correct Kryten’s Gelf pronunciation in what is potentially the episode’s best scene. 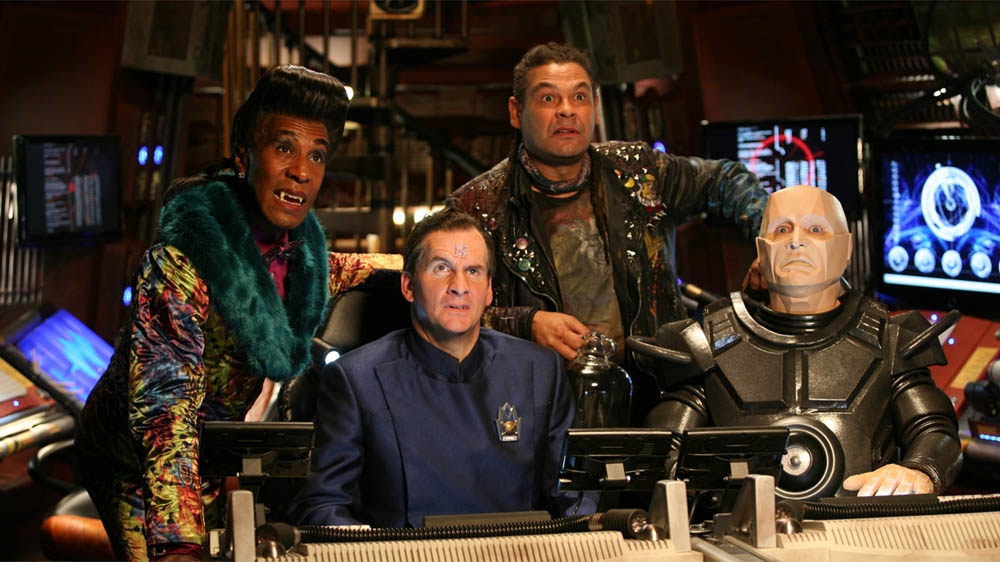 The final act of ‘Krysis’ is where it falls a little bit flat for me. After just a short amount of time spent with Butler, he’s whisked away and the crew end up meeting ‘the universe’ voiced by a Morgan Freeman soundalike. This results in a rather strange, inconsequential scene that seems as if it would be more at home in Futurama than Red Dwarf. Adding even more to this jarring tone is a speech from Kryten about the power of love, which doesn’t really fit in a show full of exchanges like this:

Rimmer: “Why don’t you take an ice cold shower? That’ll fix everything.”

Red Dwarf is now in its fourth decade of existence and the cast are all over 50, so it seems only fitting that we get an episode dedicated to the theme of aging. ‘Krysis’ tackles it reasonably well, with only a small number of predictable mid-life crisis gags about sports cars, and we get to see a side of Kryten that’s something new.

It’s a shame that the episode is let down by a peculiar final act, when we could have spent more time with Butler instead.

Available now on UKTV Play and airs at 9pm on Thursday 20 October 2016 on Dave.