After a steady start in last week’s opener – enjoyable but pedestrian in its predictableness – the second episode zooms out of the 30mph zone with its foot down, bringing some much needed excitement to a journey that might otherwise have become tedious.

Having already been party to some dodgy deals since becoming driver for gangster The Horse (Colm Meaney), Vince McKee (David Morrissey) finds himself embroiled in something darker and bloodier: colleague Colin Vine (Ian Hart) has been charged by their equine-monikered boss with disposing of a rival gang member and the dozy ex-con decides to involve his old pal.

One trip to a disused quarry later and a horrified Vince is watching Colin chuck a badly-beaten teenager down a deep chute – with no reason for being there. ‘The Horse didn’t ask for you,’ Colin reveals afterwards. ‘I just wanted company.’ With friends like that, who needs enemies? Somehow, Vince manages to make it back to join wife Ros (Claudie Blakely) at a city centre restaurant for dinner.

While Ros ploughs through the wine list and enthuses over the presence of Coronation Street cast members at the next table, Vince is haunted by the violence to which he has been party. That night, his dreams are a jumbled interspersion of the gang member being coshed and the McKees’ estranged son Tim (Lewis Rainer) wandering through a forest. By morning, with the guilt and horror unbearable, Vince heads back to the scene of the crime with a rope and tools.

The quarry is even gloomier in the grey 6am light: ominous and oppressive. The bottom of the chute is a dank, bloody mess … but the kid is alive. Vince hauls him out and heads for hospital, leaving the teenager in the hands of paramedics without waiting to give a statement. Then he returns home to change clothes, passing off the blood on his sweatshirt on spilled coffee. 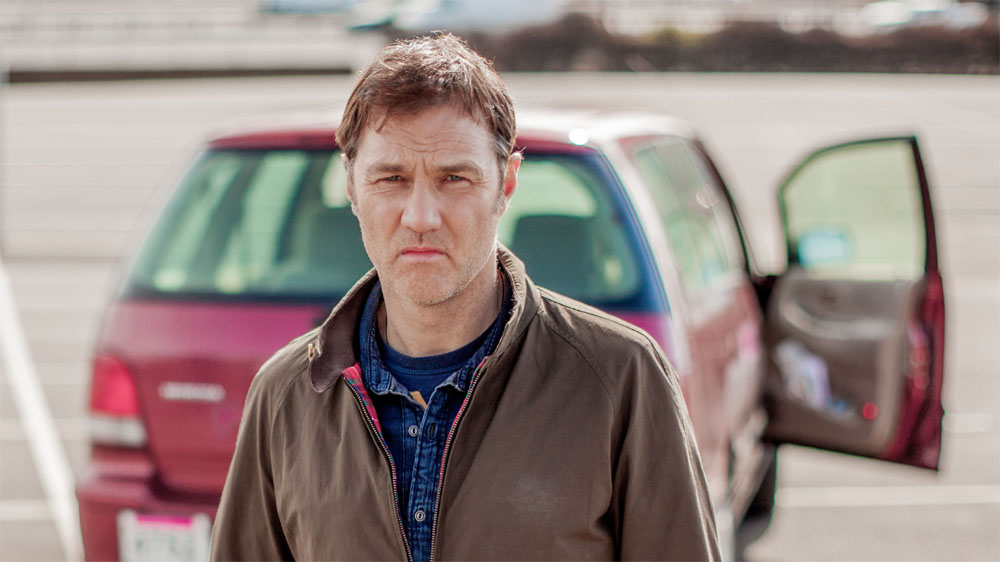 Ros is not convinced; nor is his (legitimate) boss Amjad (Harish Patel), when the cabbie unleashes an avalanche of bullshit to cover his absenteeism. It’s impressive to watch someone lie so fluently and yet so feebly, but also deeply depressing. Vince is a sympathetic character in spite of his flaws; to see someone we want to succeed making such a hash of his fibs is pretty dismal. But what happens next is even tougher to deal with.

Freaking out, paranoid, cracking up, Vince is suddenly consumed with a desire to see Tim. He drives into the starkly beautiful Lancastrian moorland, ending up at what looks like a rural YMCA.

Although we’ve had hints, it’s only now that we realise Tim has dropped out of society and joined an alternative community – ‘a cult,’ his father calls it as he storms in, punching a Rory McGrath lookalike and shouting at people. When Tim refuses to talk to him, refuses even to open the door, Vince is teetering on the brink of complete derangement. ‘I want to see your face,’ he sobs. ‘I want to know you’re alright.’

It’s an emotional masterclass from David Morrissey: powerful without lapsing into histrionics, affecting but unsentimental. He makes Vince a compelling everyman, pitiable without being pitiful – and with a backstory considerably more innovative than it first appeared.

The Driver may not be a new idea, but it has at least found an original way of telling an old story.