After poking its nostrils above the waterline to sniff the air of inspiration, The Driver slithers back into the mire of predictability, intent only on reaching a conclusion with little concern as to what the conclusion should be or how it gets there.

It’s a shame. Given the quality of the cast and the potential of the storyline, this could have been consistently impressive rather than providing a few moments of enjoyment amid what was ultimately a staid story with little surprise or sparkle. Despite David Morrissey’s best efforts, taxi driver Vince McKee’s journey from everyman to unwilling criminal to restitutional rogue never really convinced or captivated. Travis Bickle he ain’t.

Being Bickle was never really the point, though, despite the endless nocturnal drives through a rainy city, the stream of nobodies mouthing platitudes from the back seat and the sense that Vince was only one fare-dodger away from massive emotional upheaval.

But what was the point? Did Vince become driver for the Horse (Colm Meaney) through the boredom of middle age or because his son had joined a cult – or was the midlife crisis a result of Tim’s (Lewis Rainer) rejection of his old man? Was this a psychodrama about irreparable family breakdown or a brains-in-the-trousers action romp with lots of violence and screeching tyres? And how poor a gang boss was the Horse to continually employ Colin (Ian Hart), a criminal so staggeringly incompetent he makes Dick Dastardly look like Al Capone?

The latter question will probably never be answered – maybe the Horse just liked an idiot around the place to make himself feel cleverer – but The Driver’s valiant attempt to be several things at once leaves it with an identity crisis that is beyond resolving. 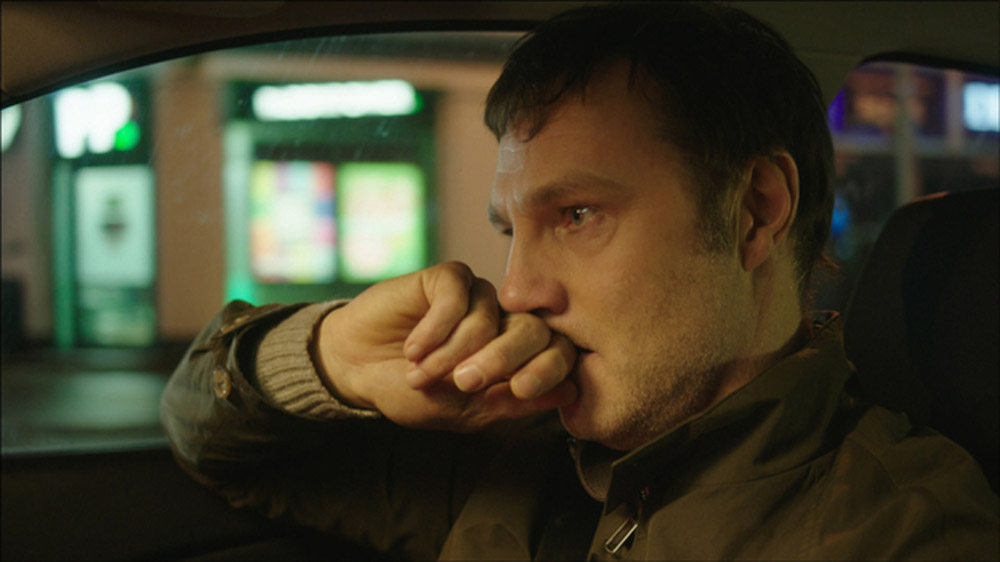 Vince, the world’s most unpersuasive liar, makes an even worse double agent than he did criminal; the climatic robbery of a cash-and-carry is a damp squib that takes place off-screen; even the shots of Vince, waiting nervously outside in his black BMW, ominous, dragging music on the soundtrack, fail to build much tension.

It’s only when Vince speeds off with one of his cohorts hanging from the passenger’s door, screaming abuse, that pulses start to quicken. Even then, the excitement has faded long before the felon has fallen the tarmac. To call it a thriller would be an insult to Michael Jackson.

The family elements are similarly uninspiring. By becoming a police informant, Vince hopes to rebuild his marriage from the wreckage it has become – but it wasn’t his brief career in law-breaking that destroyed his relationship with Ros (Claudie Blakley); it was Tim’s defection to cultdom. There’s genuine emotion in the scene where Vince rings his son’s mobile, leaving a message he doesn’t expect him to receive, but Tim’s return call to reveal he wants to re-join his family is far less convincing.

We don’t really know why he left to join the cult in the first place – something about a girl? – so his unexpected homecoming lacks any real punch. It’s a conclusion of sorts, but it’s utterly unsatisfying.

Vince’s joy at the reunion with Tim feels hollow – a final drop of petrol wrung out before the tank is completely empty. As a metaphor for The Driver as a whole, it’s hard to beat.