When Shannon Matthews disappeared in 2008, the resulting search and eventual fallout felt like something straight out of a TV drama, so shocking and unimaginable was the result.

How appropriate then that, almost a decade on, the tale finds itself the subject of a major BBC One drama.

Wisely, The Moorside steers clear of obvious pitfalls that come with dramatizing such controversial and well-documented events. Writer Neil McKay centres the action firmly on the community of Dewsbury, West Yorkshire, and documents the women who led the search for nine-year old Shannon. The events surrounding Shannon’s kidnapping at the hands of her own mother – Karen Matthews (Gemma Whelan) – instead forms the B-plot of the episode, as slowly but surely Matthews’ guilt is revealed.

This decision by the production team lends an oddly positive, almost farcical air to the unfolding drama, as neighbour Julie Bushby (Sheridan Smith) leads a united community in a large-scale search. Most, if not all of the audience knows full well what really happened during those fraught three weeks, and as we watch the oblivious residents of Dewsbury proudly unite in honour of a worthy cause, it’s almost ridiculous and painfully sad to know that the truth they are yet to discover is so cruel and unthinkable.

It’s that aspect that truly makes The Moorside such revealing and engrossing television. The story of Julie and the residents of Dewsbury and how they were rocked by the revelations surrounding Shannon’s kidnapping is here given a raw, emotional telling, setting this true-life crime story up as more than just a simple Crimewatch reconstruction. 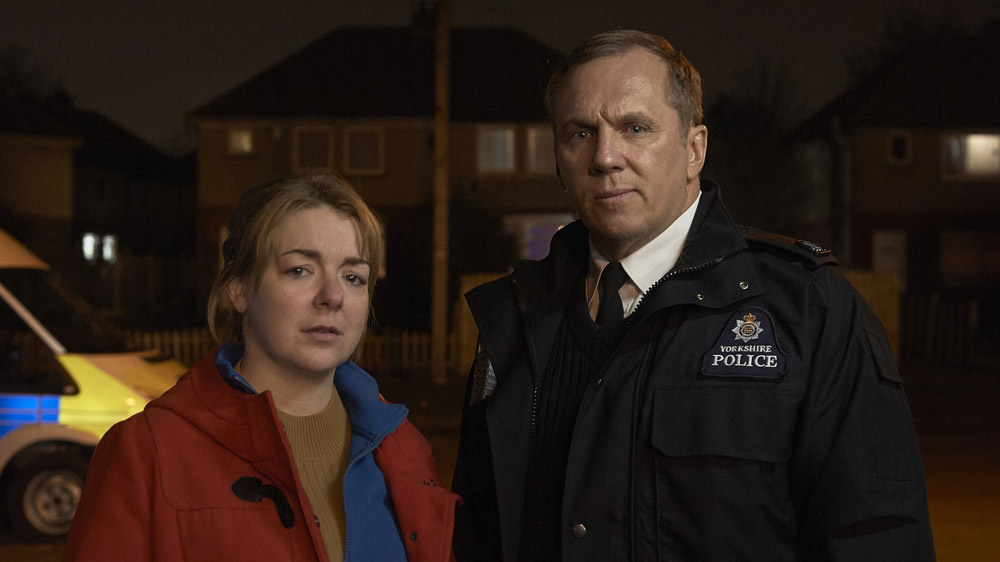 The brilliant performances are low key but nevertheless enthralling and real, especially those of Smith and Whelan who excel as the determined and dedicated Julie and the infamous Karen Matthews respectively.

Of course, the second part is where the real drama will hit, with Episode 1 ending just as Shannon is found by the police. But ending on a sombre note that subtly sets up what is to come ensures that we’re intrigued to watch next week.

Buy The Moorside on DVD on Amazon here.

What did you think of The Moorside? Let us know below…