I liked Episode 1 of The Secret Agent, but reading some comments and reviews on other websites (don’t you do that – you stay here where it’s safe), it seems few shared that opinion.

‘Dull’ got bandied about a lot, which is a shame because The Secret Agent isn’t dull. It’s not fast-paced and flashy, and it doesn’t hold you by the throat, but nor is it a chore to spend an hour in its company. That sounds like damning with faint praise, but it’s managed to take a pretty dry book (sorry, JoCon) and present it with that reassuringly familiar BBC One style.

And thankfully it doesn’t rest entirely on the slumped shoulders of Toby Jones’ Anton Verloc. Jones was the star last Sunday, but this week it’s Stephen Graham as Inspector Heat who takes the spotlight and stands at the centre of all but one of the most attention-seeking scenes.

There’s the tense exchange aboard the public bus between he and The Professor – a scene which resonates with our recollection of home-grown terrorist attacks – culminating in Ian Hart’s loquacious zealot failing to detonate his home-made bomb. What follows in custody is even better and just as prescient, as Heat grapples with the now well-worn debate over the morality and effectiveness of employing torture in order to save lives. Well, it’s well-worn now. Back then it was just a bit scuffed. 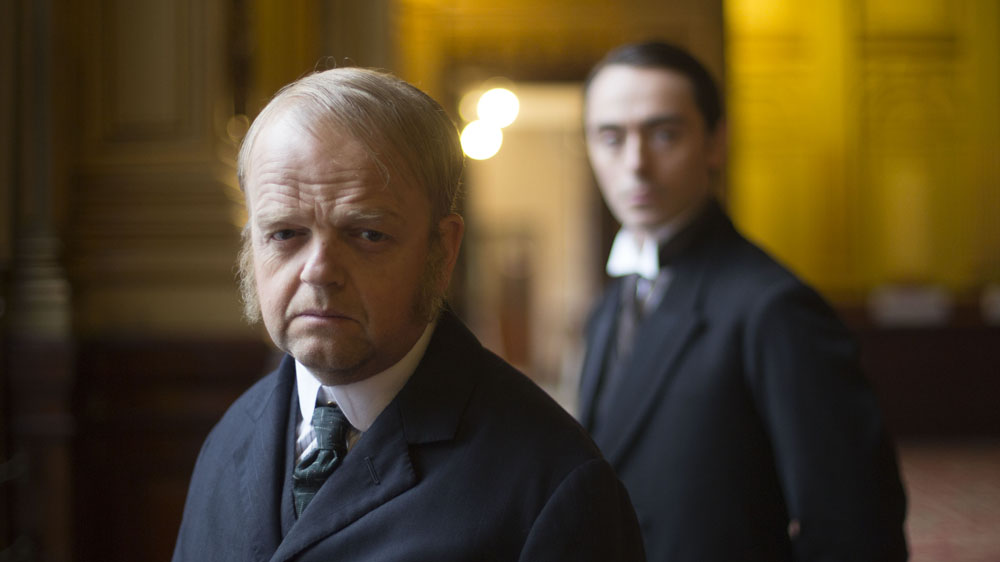 But as Heat is listening to The Professor’s ravings (Ian Hart raves with the best of them), Verloc and Stevie are in Greenwich; Verloc ready to plant his bomb. And he would’ve gotten away with it if it wasn’t for that pesky kid. Poor innocent Stevie runs off with the bomb, only to be smithereened. Greenwich Museum is safe, although it now has a smouldering crater as an extra tourist attraction.

Verloc’s left to pick up the pieces (well, not literally: Inspector Heat shovels them up later) but decides to run and lie rather than admit any culpability. He returns home and fibs to Winnie about Stevie still being in the country, thereby dragging a humongous lie from the top of bridge-playing British high society and squeezing it into the small grubby parlour of a Soho pornographer. It’s squirm-inducing, watching him tell such bald lies, helped by the fact that Toby Jones plays squirmy so well.

And there’s nothing more squirm-inducing than seeing your brother-in-law’s charred remains all jigsawed together on a morgue slab. I’m surprised they showed it. All the queasy looks, sighed words, and vomiting constables did enough to paint a picture in my head that was grimmer than the actual body that was shown. It was a cool prop, but unnecessary. 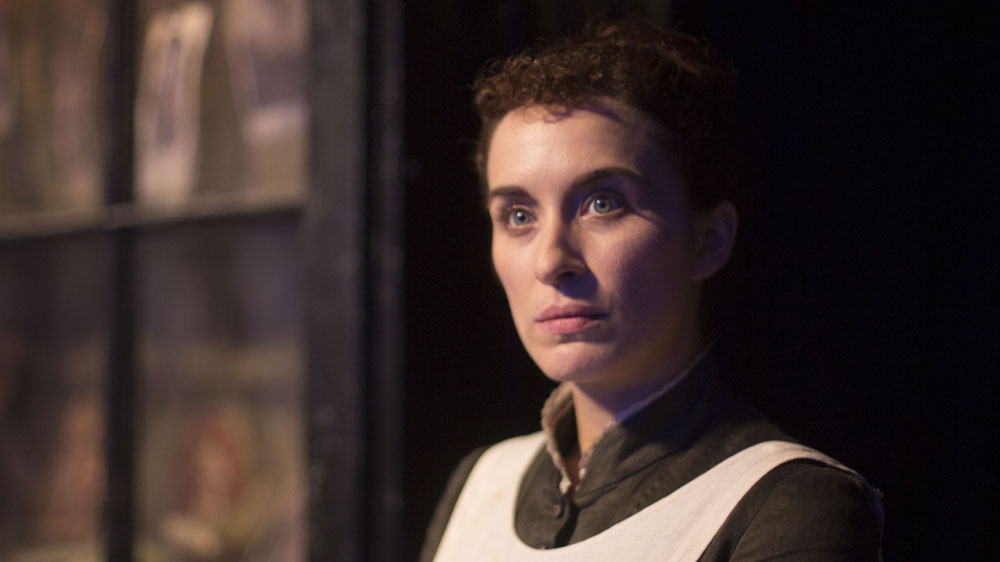 As Verloc is staggering around from place to place, with no clue of what to do or how to lie his way out of things, it’s Inspector Heat who tells Winnie Stevie’s dead.

Vicky McClure, who hasn’t had much to do other than bat eyelashes and blush at the advances of Mr Ossipon, does the reaction to the death well, and her fury at Verloc even better. Look at her face at the end there! All ‘Hell hath no…’ and the promise that Episode 3 may be when we get to see McClure being used to her full potential.

Something to look forward to in the final part next week then. As for this week, well, Episode 2 is nothing that will win round those people who didn’t take to the opening episode, but if you’re sticking with it then it’s validation that you’re of good taste, and proof that patience pays off.