Revisiting Kevin Elyot’s 1994 drama, My Night With Reg, after twenty years, it’s striking how the play both epitomises and transcends its period.

Telling the story of six friends knit together by a shared history, the shadow of the AIDS epidemic and sexual encounters with the titular Reg, the play sparks with pathos, heart and humour. Set over a period of six years, from the mid to late Eighties, the action takes place entirely in the flat of house-proud and sexually thwarted Guy (Jonathan Broadbent), whose unrequited feelings for John (Downton Abbey‘s Julian Ovenden) have come to define his sexual identity.

In this new production, on transfer from the Donmar, no attempt has been made to update the action: an impossibility, in any case, given not only the play’s pop-cultural references (Annie Lennox, David Bowie, The Police) but also the way these characters speak to each other. For a modern audience, the female pet names used by the characters, or their self-parodic lapses into Spanish or French, won’t be behaviours belonging to recent memory, but to the territory of cliché. 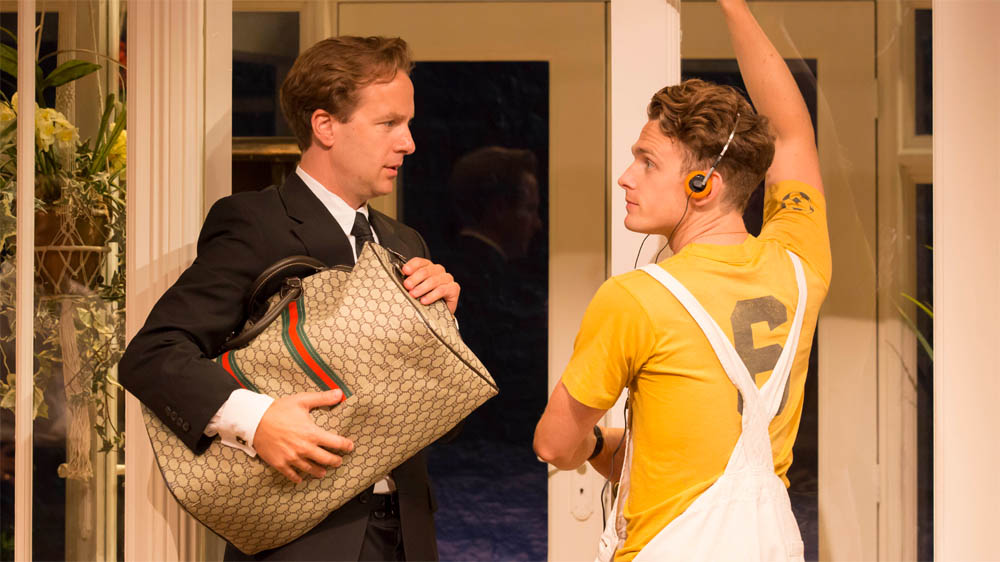 But My Night With Reg is more than just anachronism, and the writing is too clever to suggest that the stereotype is the whole story. The action may begin with flamboyant comedy, but that’s not where it ends up. For the older characters, facing both middle age and the threat of their own mortality, the in-jokes and shared lingo are revealed as the kind of mechanisms that bond old friends together while protecting them from ever needing to tell the truth about themselves or each other.

Tellingly, the play’s youngest character, the painter-decorator Eric (Lewis Reeves), doesn’t talk in such a way: separated by class and age, he represents an emergent kind of gay man who longs for a life of social orderliness and ordinariness, epitomised by his dream of becoming a policeman. 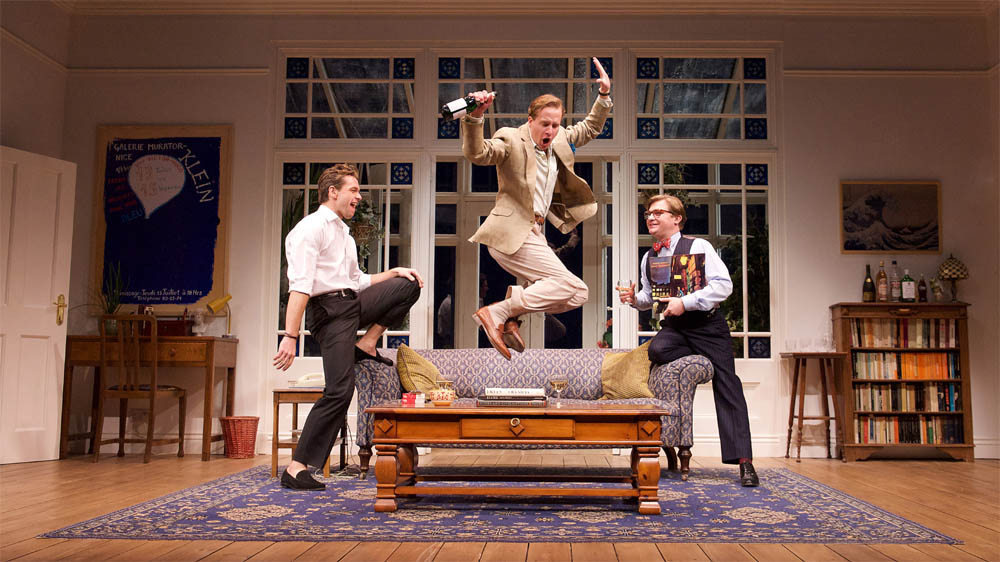 As Guy, Jonathan Broadbent captures the feeling of a man cornered by his own decency, niceness and sexual hesitancy. Guy remains, as he has always done, a magnet for the audience’s empathy. But, in this new production – in which, truthfully, every performance is emotionally well-crafted – it’s Richard Cant’s Bernie who particularly catches the eye.

Here at CultBox, we feel obliged to point out that Richard Cant is both the real-life son of Brian and the fictional grandson of Kathy Nightingale in the much-acclaimed Doctor Who episode, ‘Blink’. However, his performance here deserves more than such lazy associations. Gifted with precision comic timing and a quality of interiority that seems to swallow up his lanky frame, Cant’s Bernie feels like an introverted stick insect, blinking affrontedly at the betrayals of his restless partner, Benny.

Unfolding against the backdrop of Peter McKintosh’s excellent set and sensitively lit by lighting designer, Paul Pyant, the action proceeds with an increasingly elegiac tone, but it’s the skill of the writing that, although there is wry acknowledgement of life’s caprices, there is always warmth and wit too.

In the final scene, as a cold blue light signals the dawn of a new day, characters are still bound together as much by what they’re not saying as what they are. But such are the kinds of friendship that can endure for twenty years.

Overall, this was a night very well spent.

Performed at the Apollo Theatre in London on Monday 2 March 2015.