Originally released on video in 1995, Downtime is a British sci-fi movie set in the Doctor Who universe.

> Buy Downtime on DVD on Amazon.

To celebrate the release on DVD on Monday 16 November, we’ve got DVDs to give away to four of our Twitter followers! 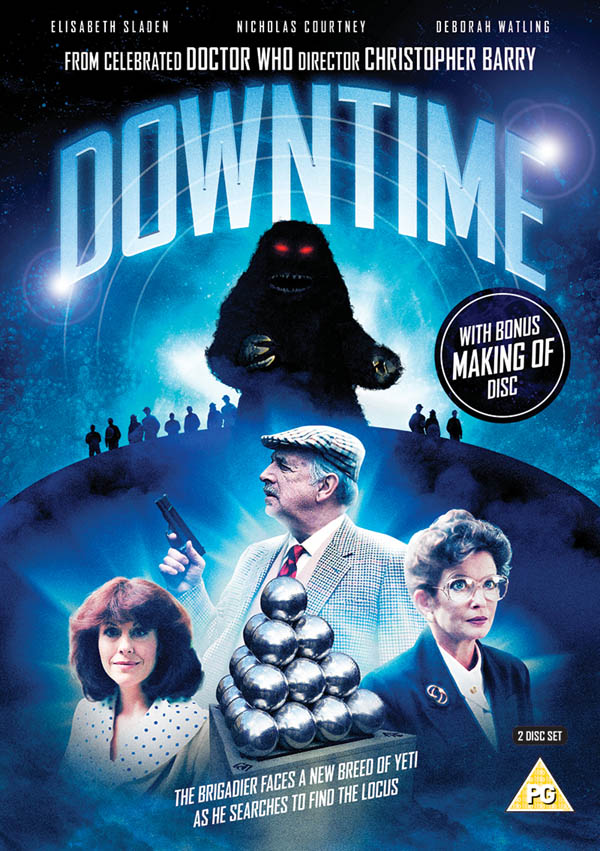 Win! Follow @CultBoxTV and RT for a chance to win one of four copies of ‘Downtime’ on DVD – https://t.co/kntMKdocki pic.twitter.com/Rsb6HaGyST

We follow The Brigadier and Sarah Jane Smith of UNIT who investigate New World University; a sinister school run by old enemies Victoria Waterfield and Professor Travers. The technology obsessed University holds a gateway to Earth made by classic foe the ‘Great Intelligence’.

Fighting alone this time – without their famous time-travelling scientific advisor – The Brigadier and Sarah Jane are hard pressed to decide who is friend or foe as they search for a missing Locus, which binds the Intelligence’s power. The battle is broadened when the Brigadier’s own family is threatened and UNIT faces a powerful new breed of Yeti!

This competition has now closed. The winners are Emma Barrett from Poole, Amanda Fairwell from Chester, Naomi Fairweather from London and Daniel Ivens from Oldham.