Experience the thrilling adventure and epic battle for one man’s soul in stunning high definition with Dracula Untold on Blu-ray, out now from Universal Pictures (UK).

To celebrate the release, we’ve got a Dracula Untold  poster signed by star Luke Evans to give away to one of our Twitter followers!

Follow @CultBoxTV and RT for a chance to win a Dracula Untold poster signed by Luke Evans: http://ow.ly/IVB9O #LukeCB 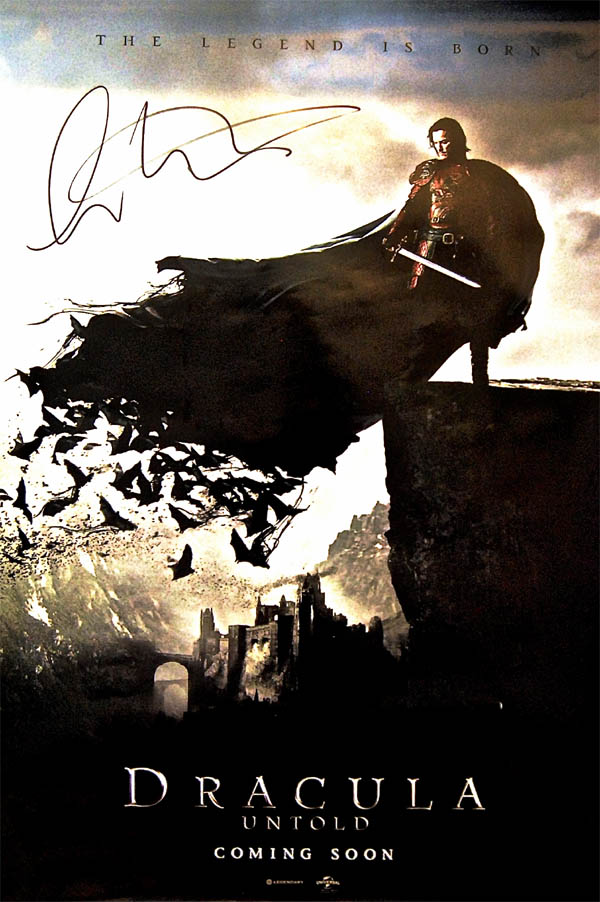 For almost a century, the legend of Dracula has mesmerized audiences with the story of a charismatic royal who feasts on the blood of innocents after the sun goes down. Dracula Untold reveals the man behind the myth in the thrilling, action-packed tale of Vlad III, Prince of Wallachia (Luke Evans), who makes a terrifying deal with a supernatural ally that will allow him to save his family and his country – at the cost of his soul.

This competition has now closed. The winner is Natalie Tobin from Nottingham.