> Order War and Peace on DVD on Amazon.

> Order War and Peace on Blu-ray on Amazon.

To celebrate the release of War and Peace, we’ve got Blu-rays to give away to five of our Twitter followers! 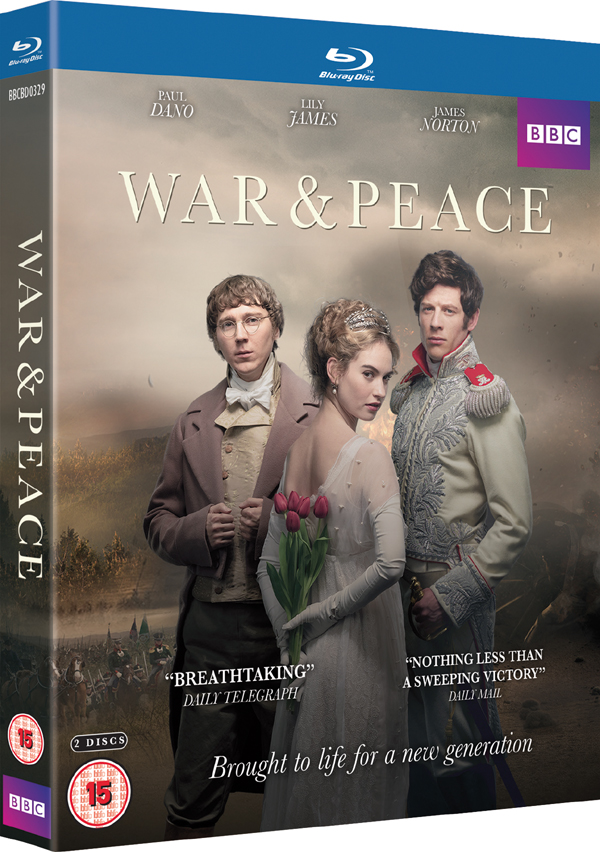 Win! Follow @CultBoxTV and RT for a chance to win one of five ‘War and Peace’ box sets – https://t.co/VS9Fs7hRHv pic.twitter.com/RjWj2HG0Wg

The new ambitious six-part series is a thrilling, funny and heart-breaking story of love, war and family life, on a truly epic scale. The adaptation is filmed on location in Russia, Latvia and Lithuania with a cast which also includes Jim Broadbent, Gillian Anderson, Greta Scacchi, Stephen Rea, Ken Stott, Rebecca Front and Ade Edmondson.

The series sees kind-hearted but awkward Pierre (Paul Dano), the illegitimate son of Russia’s richest man, want to change the world for the better. The beautiful and spirited Natasha (Lily James) is searching for true love, while handsome and gallant Andrei (James Norton) is frustrated with the superficiality of society and seeks a higher purpose.

At the same time Napoleon’s army edges ever closer to Russia’s borders. As everything they thought they knew is thrown into question, Pierre, Andrei and Natasha find themselves in a time when Russian lives are about to change forever.

This competition has now closed. The winners are Glenn Millward from Dorchester, Emily Brooke from London, Alicia Snowden from Newbury, Brian Patterson from Uppingham and Andrea Cowan from Bloomsbury.