To celebrate Lionsgate Home Entertainment’s DVD and Blu-ray™ release of The Railway Man on Monday 5 May, we’ve got Blu-rays to give away to three of our Twitter followers!

Follow @CultBoxTV and RT for a chance to win 3 x Colin Firth’s The Railway Man on Blu-ray – Info: http://bit.ly/1ivKPdl #RailwayCB 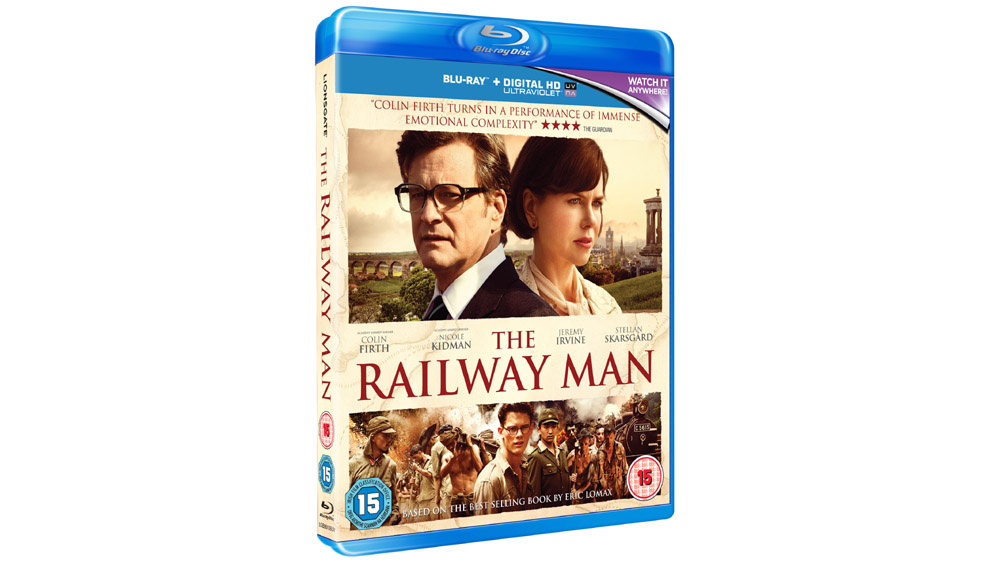 Academy Award-winner Colin Firth heads up a stellar cast in this moving war drama, based on the bestselling autobiography of Eric Lomax. Chronicling Lomax’s experiences as a British Army Officer in a Japanese labour camp.

Directed by Jonathan Teplitzky (Burning Man), The Railway Man tells the story of Eric Lomax (Jeremy Irvine), serving in the Second World War when he is captured and held prisoner by the Japanese.

Brutally tortured and forced, along with his fellow captives, to build the Thai-Burma Railway, he is left traumatised and uncommunicative for years to come, despite the best efforts of his wife (Nicole Kidman).

Many years later, an older Lomax (Colin Firth) resolves to track down one of his torturers, Takashi Nagase (Hiroyuki Sanada), hoping to find the answers that will enable him to finally let go of the hatred he has felt throughout his life.

This competition has closed. The winners are Mark Palmer (@rugmaker1) from Southport, Rachel Bustin (@RachelBustin) from Cornwall and Sheila Reeves (@CakeReev) from Leighton Buzzard.