To celebrate the release, we’ve got box sets to give away to three of our Twitter followers! 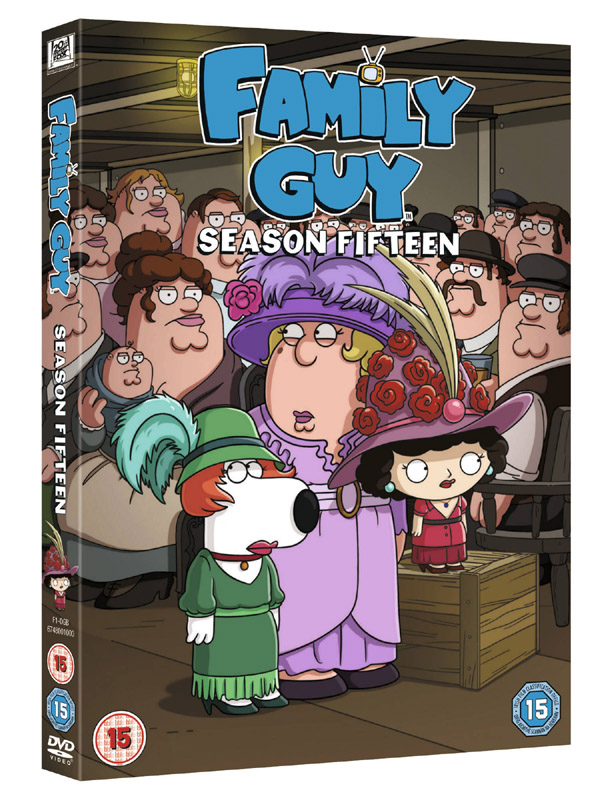 Marking the formidable achievement of this uproarious franchise’s 250th episode, this season is not to be missed.

Season  15 starts with a bang with an hour-long crossover episode entitled “The Simpsons Guy” in which the Griffins depart the quiet streets of Quahog for the sunny heights of Springfield. Stewie takes lessons in pranks from Bart, Meg and Lisa compete at Saxophone and Peter and Homer have a round of fisticuffs.

This competition has now closed. The winners are Georgina Rees from Perth, Toby Humphries from Portsmouth and Amy Winslade from Hereford.