Frank is out now on DVD and Blu-ray, and the film’s soundtrack album is out this week from Silva Screen Records.

To celebrate the release, we’ve got sets of the DVD and the soundtrack album to give away to five of our Twitter followers! 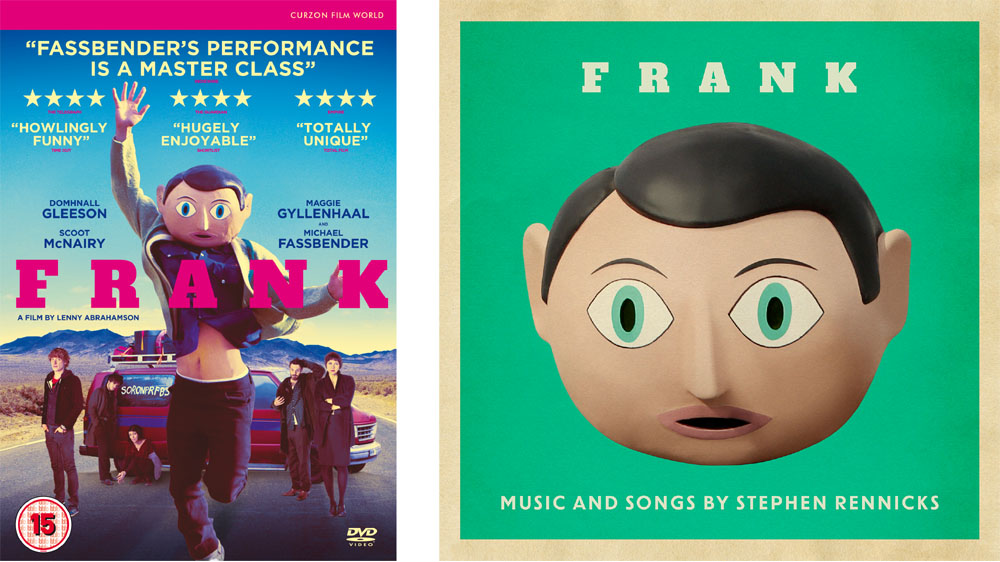 Written by Jon Ronson (The Men Who Stare At Goats) and Peter Straughan (Tinker Tailor Soldier Spy), Frank is based on the memoir by Jon Ronson. It is a fictional story loosely inspired by Frank Sidebottom, the persona of cult musician and comedy legend Chris Sievey, as well as other outsider musicians like Daniel Johnston and Captain Beefheart.

The actors play the instruments live. Maggie Gyllenhaal is Clara, the band’s severe theremin player, François Civil is Baraque, the guitarist who only speaks French, and the only professional musician, Autolux drummer, Carla Azar plays Nana, the silent type.