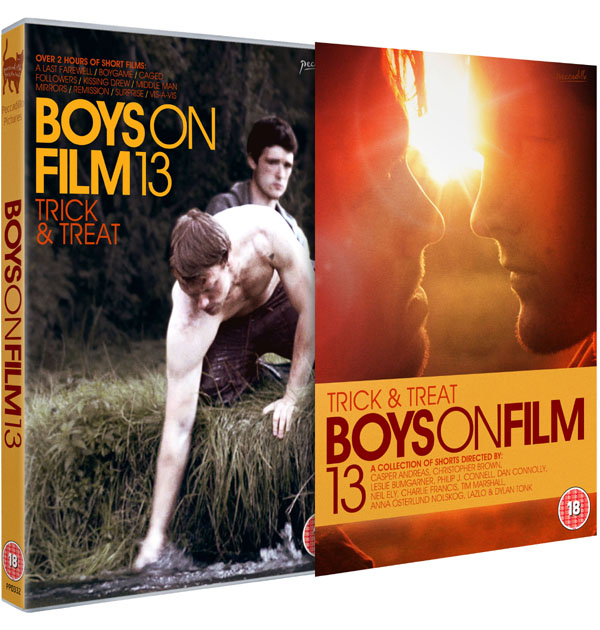 Win! Follow @CultBoxTV and RT for a chance to win 3 x ‘Boys on Film 13’ on DVD – http://t.co/xAnEXAjwWC pic.twitter.com/au8zJKccU0

An American teenager fantasises over his school bully, a miscommunication threatens to end an entire relationship, at the end of the world the desolate English countryside sets the scene for a group of men trying to cheat death, and an elderly woman sees a vision of Jesus on the swimming shorts of a young African man.

This competition has now closed. The winners are Steve Atkinson from Bognor Regis, Edward Buckley from Manchester and Max Quicke from Yorkshire.