The stakes are raised as Carrie must battle her inner demons alone when Season 4 of Homeland comes to Blu-ray and DVD on 15 June. 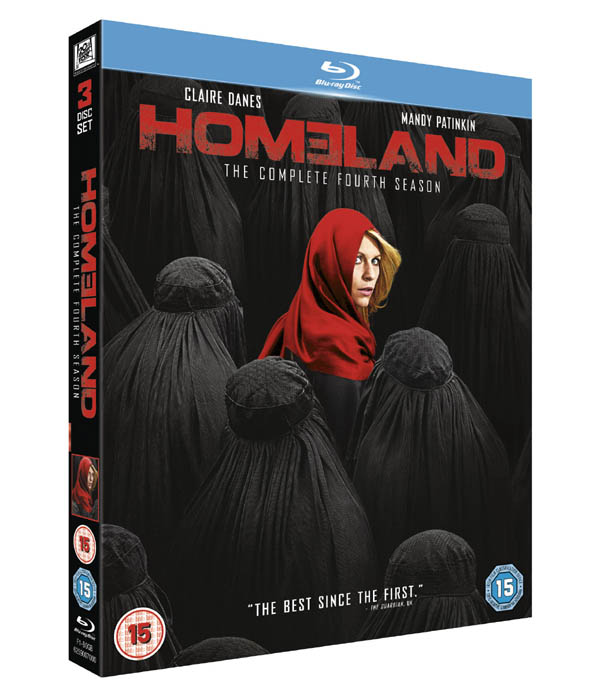 Watch a clip from Season 4…

Carrie is more determined that ever to be the best agent possible even if that means putting her career before her daughter’s wellbeing. Her career at the CIA takes off when she becomes an overseas station chief in a highly volatile region, but every drone strike and tactical raid comes and a cost and she quickly learns the price of power. Meanwhile Saul (Mandy Patinkin: Criminal Minds, The Princess Pride) must come to terms with being a private citizen and watching his protégé from the sidelines, whilst remaining irrevocably linked to the intelligence game. HOMELAND: THE COMPLETE FOURTH SEASON is fully loaded with an expert supporting case including returning character Station Chief Sandy Bachman (Corey Stoll: House of Cards, The Strain) and a new addition in the form of Aayan Ibraham (BAFTA nominee Suraj Sharma: Life of Pi).

This competition has now closed. This winners are Matthew Newbury from Bury, Jared Smith from Crewe and Rebecca Harness from Slough.