Inspired by the historical events of 1666 and with the decadent backdrop of King Charles II’s court, ITV’s The Great Fire drama series focuses on the circumstances that led to the catastrophic fire and is out now on DVD.

Follow @CultBoxTV and RT for a chance to win 3 x The Great Fire on DVD: http://ow.ly/E6xWT #FireCB 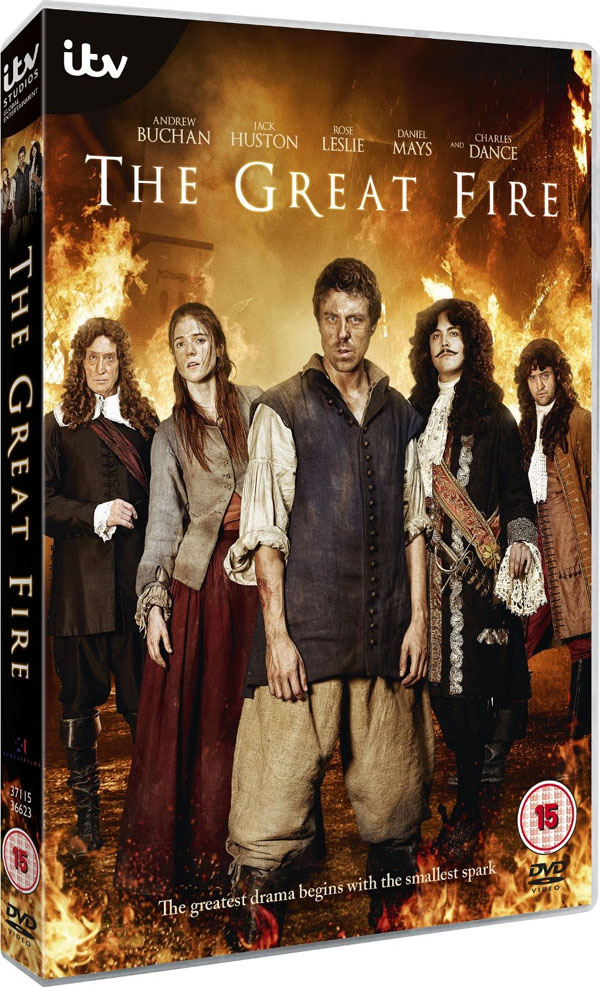 Featuring an all star cast, including Andrew Buchan, Jack Huston, Rose Leslie, Daniel Mays and Charles Dance, The Great Fire brings history to vibrant life through the eyes of the people on the ground. A cross section of society from King Charles II, to Samuel Pepys, to Thomas Farriner the King’s baker in whose premises the fire began.

Written by ITV Political Editor Tom Bradby (Shadow Dancer) it draws on his journalistic experience to recreate the chaos of a city imploding and the fear and rumours of treachery that took hold.

This competition has now closed. The winners are Tom Baines (@tompob1106) from Liverpool, Claire Stewart (@GollyGosh84) from Croydon and Ann Garside (@annjohnston47) from Manchester.