A new Doctor Who soundtrack album featuring 2 CDs of Murray Gold’s music from ‘The Day of the Doctor’ and ‘The Time of the Doctor’ is out now from Silva Screen.

> Buy the album on Amazon now.

To celebrate the release, we’ve got copies of the album to give away to five of our Twitter followers! 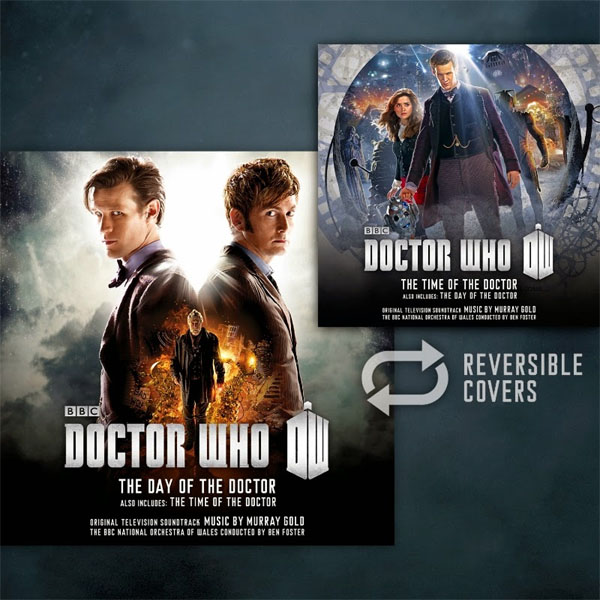 > Take a look at our Doctor Who Christmas gift guide.

This competition has now closed. The winners are Matty Lewis (@matthewlewis178) from Southport, Kathleen Forrest (@kathmfor) from Aberdeen, Nathan Holden (@natehol) from Isle of Man, Richard Phillips (@heyimtweet) from Birmingham and Liz Cooke (@smoothmutation) from Newport.