The complete first season of Dragon Ball Z KAI is out to own on DVD and Blu-ray from Monday 3 August.

To celebrate the release, we’ve got a Blu-ray boxset to give away to one of our Twitter followers! 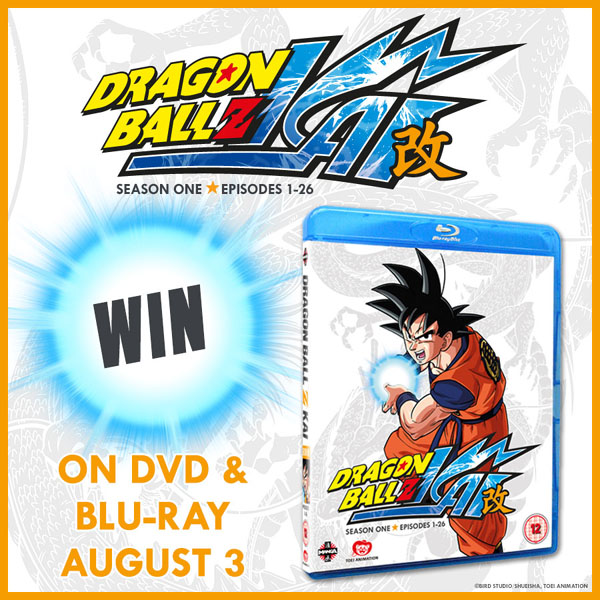 Win! Follow @CultBoxTV and RT for a chance to win Season 1 of ‘Dragon Ball Z KAI’ on Blu-ray – http://t.co/3BJeH3DVX4 pic.twitter.com/1ZUd6JmkSB

Goku, Earth’s greatest champion, bravely defends humanity against an invading race of warriors known as the Saiyans. When the mighty hero falls, his young son Gohan rises up to face the very villains who murdered his father. The battle rages through space to Planet Namek, where Gohan and his overmatched allies risk their lives to defeat the Saiyan warlord Vegeta – and the monster known as Frieza!

This competition has now closed. The winner is Jimmy Brown from Inverness.