Starring Henry Cavill (Man of Steel), 2015’s most stylish and action-packed spy film, The Man from U.N.C.L.E., is available on Digital HD, Blu-ray™ and DVD from Monday 7 December. 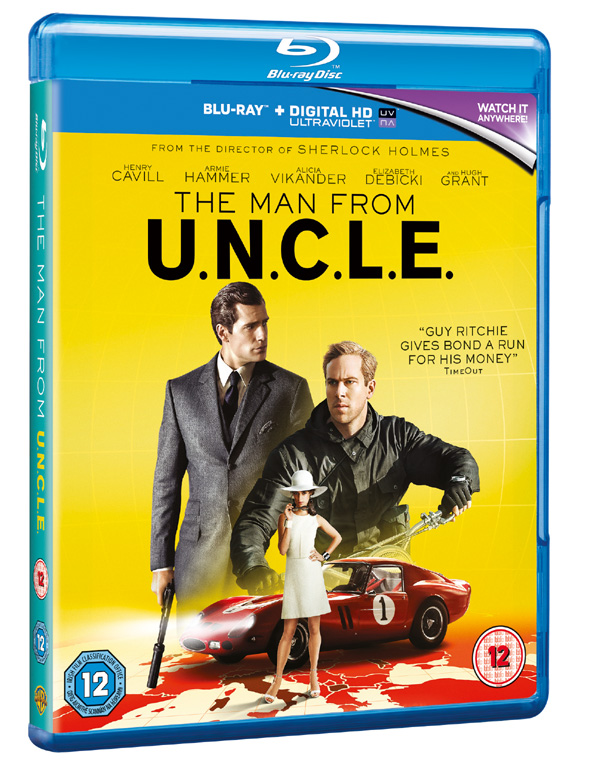 Set against the backdrop of the early 1960s, at the height of the Cold War, The Man from U.N.C.L.E. centers on CIA agent Solo and KGB agent Kuryakin. Forced to put aside longstanding hostilities, the two team up on a joint mission to stop a mysterious international criminal organisation, which is bent on destabilising the fragile balance of power through the proliferation of nuclear weapons and technology.

The duo’s only lead is the daughter of a vanished German scientist, who is the key to infiltrating the criminal organisation, and they must race against time to find him and prevent a worldwide catastrophe.

Alongside Henry Cavill as Napoleon Solo, Armie Hammer as Illya Kuryakin and Alicia Vikander as Gaby Teller, The Man from U.N.C.L.E. features an all star supporting cast including; Elizabeth Debicki (The Great Gatsby) as Victoria Vinciguerra; Jared Harris (Sherlock Holmes: Game of Shadows) as Sanders; and Hugh Grant (About A Boy) as Waverly.

This competition has now closed. The winners are Roy Brough from Chester, Emma Lloyd from Lincoln, Eddie McCallum from Stroud and Sian Vincent from Bagshot.