Bea Smith, Franky Doyle and Joan ‘The Freak’ Ferguson are back with the new season of TV’s most famous and loved prison, Wentworth Prison.

To celebrate the release of Season 3 on DVD on Monday 12 October as a 4 disc set, we’ve got DVD sets to give away to two of our Twitter followers! 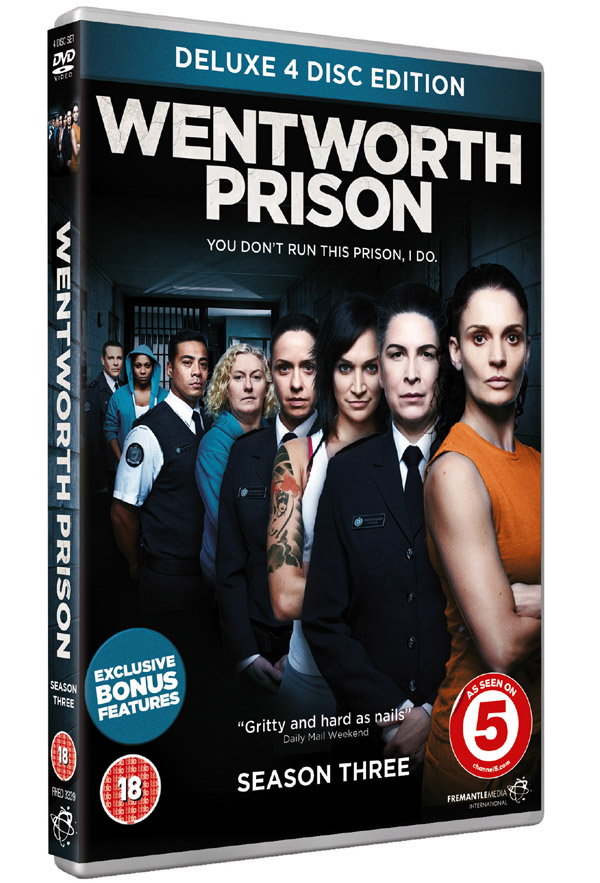 After earning the title of Top Dog and achieving her murderous revenge, Bea Smith returns to TV’s most legendary prison. Now serving life without parole in the toughest cell block, surely there’s nothing worse that can happen to Queen Bea…

Joan Ferguson continues to live up to her new nickname of ‘The Freak’, willing to sacrifice anything and blackmail anyone to achieve her twisted desires, with her iconic black leather gloves. Meanwhile the tension between her officers are at their most strained as Fletch returns, Will is accused of a brutal murder and Vera is about to reach breaking point.

With Maxine acting as Bea’s henchwoman, and Boomer feeling her vengeful wrath, Franky’s life hangs in the balance. Liz is at an all time low with her troubled relationship with her daughter, Jess’ dark side is slowly revealing itself and Doreen’s pregnancy could prove to be disasterous.

Culminating in one of TV’s most shocking finales, this series will have you gripped to the screen with every episode… and many characters won’t make it out alive to tell the tale.

This competition has now closed. The winners are Geoffrey Hadley from Torquay, Trevor Fox from and London and Suzanne Murray from Wrexham.