2016 has been another stellar year for Young Adult literature!

As the year comes to a close, we’ve picked out five of our favourite new YA books for your Christmas list…

‘The Diabolic’ by S. J. Kincaid 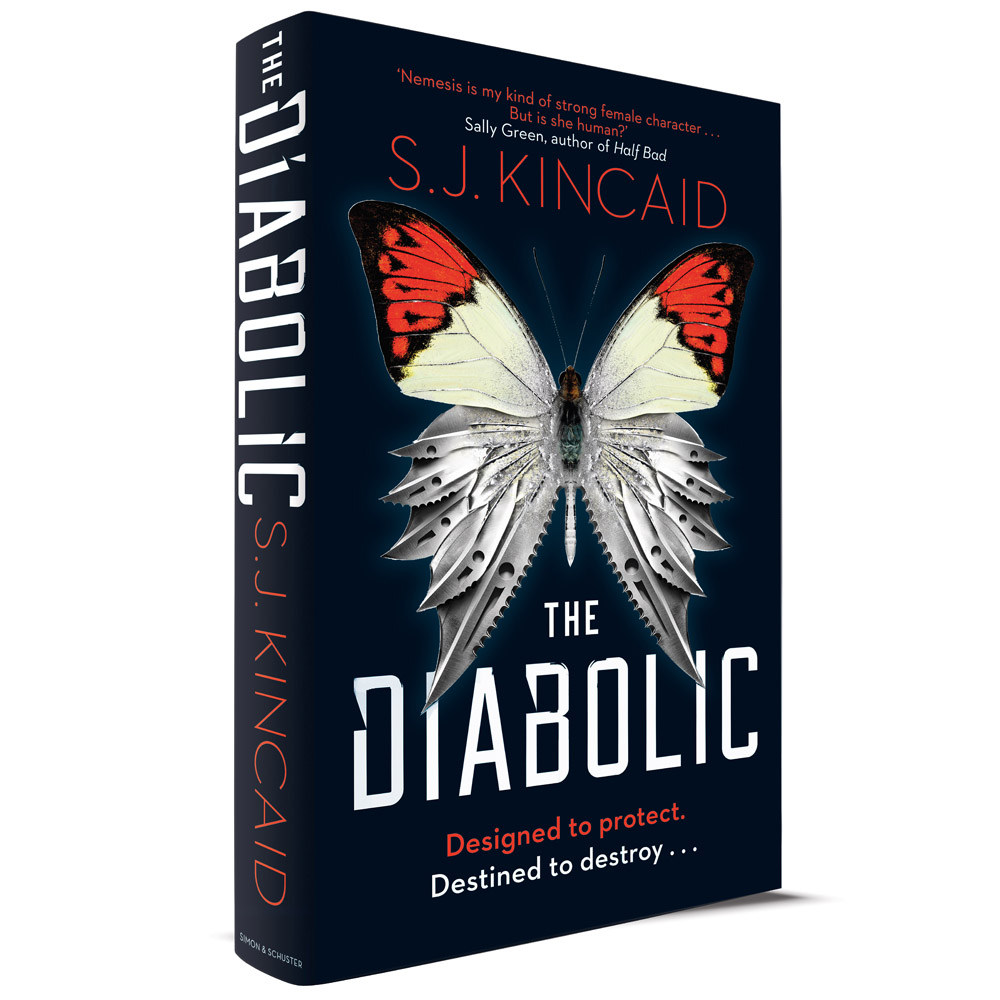 S.J. Kincaid burst on to the YA scene in 2012 when her debut novel, Insignia, was shortlisted for the Waterstones prize. Following its hit sequels, Vortex and Catalyst, she now returns with a brand new adventure, The Diabolic.

Nemesis is a Diabolic, a humanoid teenager created to protect a galactic senator’s daughter, Sidonia. The two have grown up side by side, but are in no way sisters. Nemesis is expected to give her life for Sidonia, and she would do so gladly. She would also take as many lives as necessary to keep Sidonia safe.

When the power-mad Emperor learns Sidonia’s father is participating in a rebellion, he summons Sidonia to the Galactic court. She is to serve as a hostage. Now, there is only one way for Nemesis to protect Sidonia. She must become her.

As the Empire begins to fracture and rebellion looms closer, Nemesis learns there is something more to her than just deadly force. She finds a humanity inside her that is true and pure. Amidst all the danger, action and intrigue, her humanity just might be the thing that saves her life – and the empire.

‘Game of Thrones meets The Hunger Games’ – The Bookseller

‘Nemesis is my kind of strong female character…But is she human?’ – Sally Green, author of Half Bad 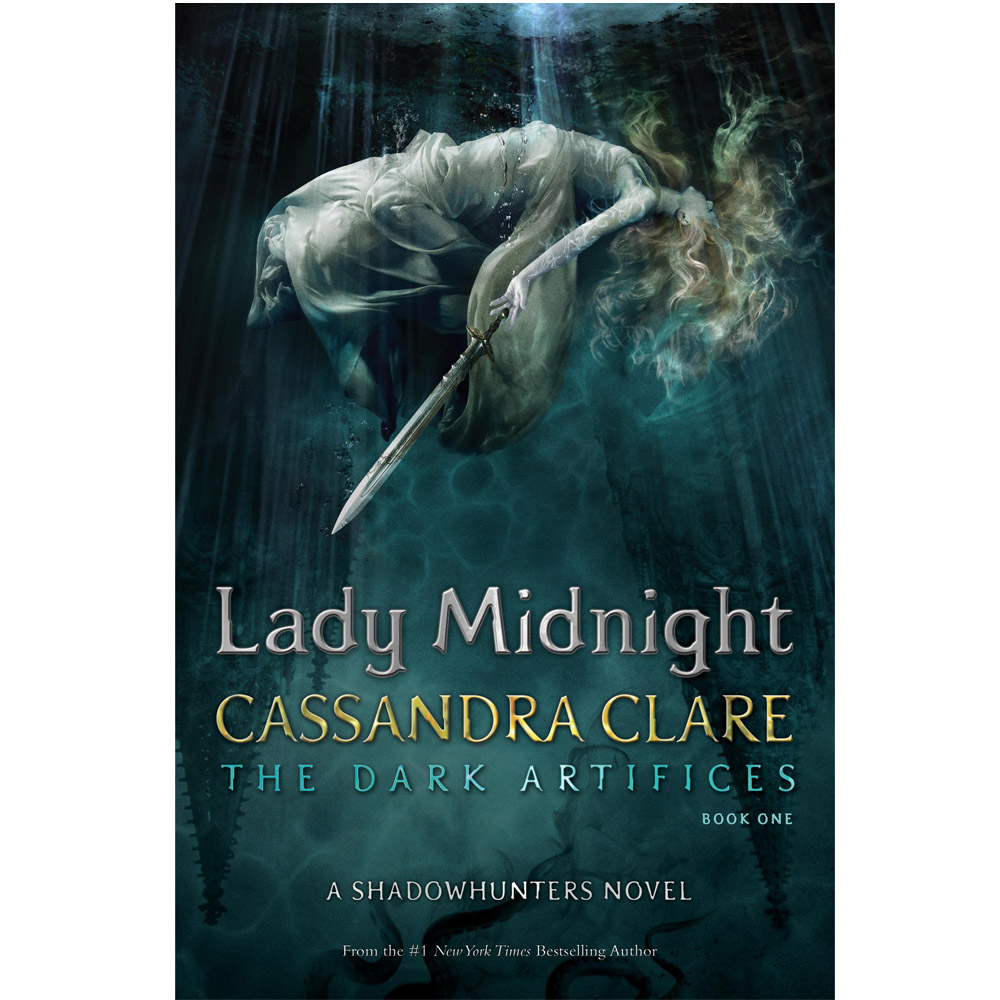 Following the hit Mortal Instruments series, Brooklyn-based author Cassandra Clare is back with the first novel in her new trilogy, The Dark Artifices.

It’s been five years since the events of City of Heavenly Fire that brought the Shadowhunters to the brink of oblivion. Emma Carstairs is no longer a child in mourning, but a young woman bent on discovering what killed her parents and avenging her losses.

Together with her parabatai Julian Blackthorn, Emma must learn to trust her head and her heart as she investigates a demonic plot that stretches across Los Angeles, from the Sunset Strip to the enchanted sea that pounds the beaches of Santa Monica. If only her heart didn’t lead her in treacherous directions…

Making things even more complicated, Julian’s brother Mark-who was captured by the faeries five years ago-has been returned as a bargaining chip. The faeries are desperate to find out who is murdering their kind-and they need the Shadowhunters’ help to do it. But time works differently in faerie, so Mark has barely aged and doesn’t recognize his family. Can he ever truly return to them? Will the faeries really allow it?

‘Chasing the Stars’ by Malorie Blackman 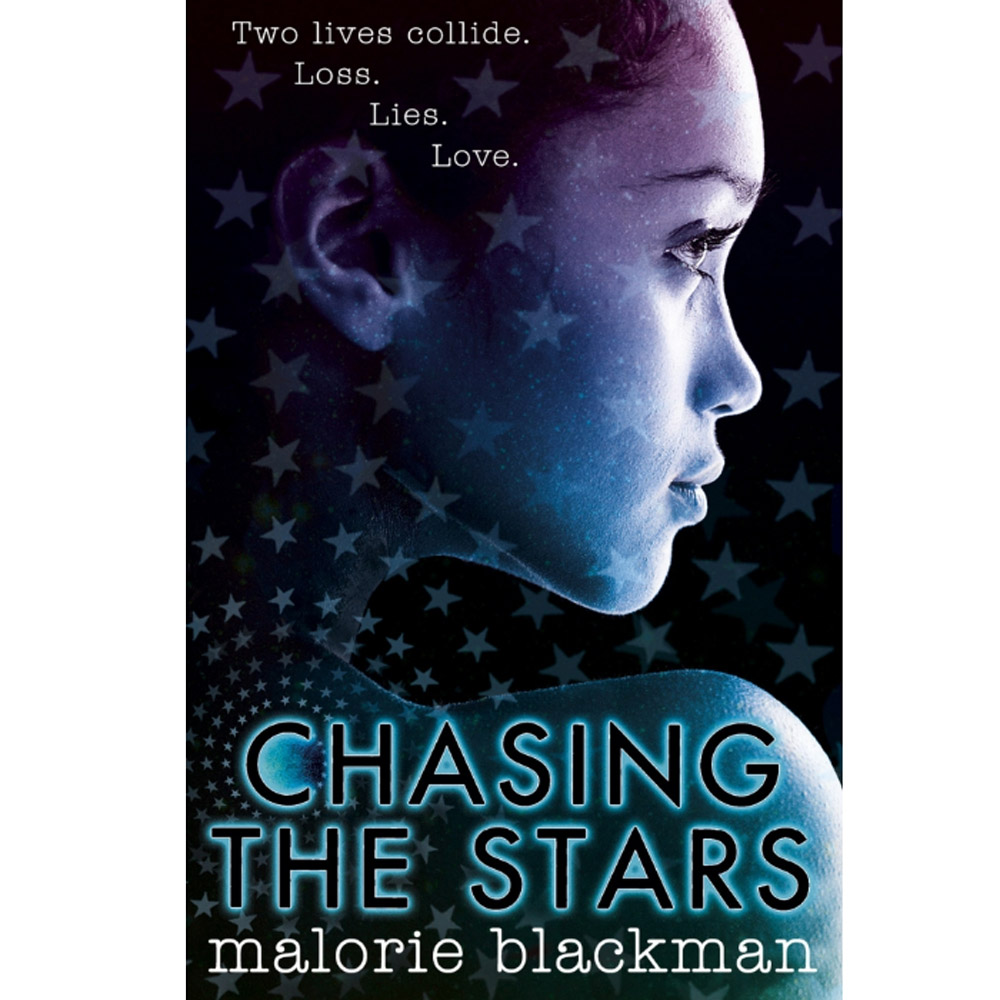 Honoured with an OBE in 2008, Malorie Blackman is best known for her award-winning Noughts & Crosses series, soon to be a BBC television series. The London-born former UK Children’s Laureate (2013-2015) published her latest YA novel, Chasing the Stars, in April.

Olivia and her twin brother Aidan are heading alone back to Earth following the virus that wiped out the rest of their crew, and their family, in its entirety.

Nathan is part of a community heading in the opposite direction. But on their journey, Nathan’s ship is attacked and most of the community killed. Only a few survive.

Their lives unexpectedly collided, Nathan and Olivia are instantly attracted to each other, deeply, head-over-heels – like nothing they have ever experienced. But not everyone is pleased. Surrounded by rumours, deception, even murder, is it possible to live out a happy ever after…?

“Malorie Blackman has a nature affinity for space tales and this shines through in her bold new novel . . . The ensuing gripping story has plenty of strong emotions to play with: love, hate, fear, jealousy and more than a dash of betrayal. It’s a stylish tale and one ripe for a sequel” – The Telegraph

“This is confident sci-fi saturated with emotional intensity.” Nicolette Jones, The Sunday Times

“This is storytelling on a grand scale, with love, danger, treachery, jealousy and tragedy…” – Fiona Noble, The Bookseller 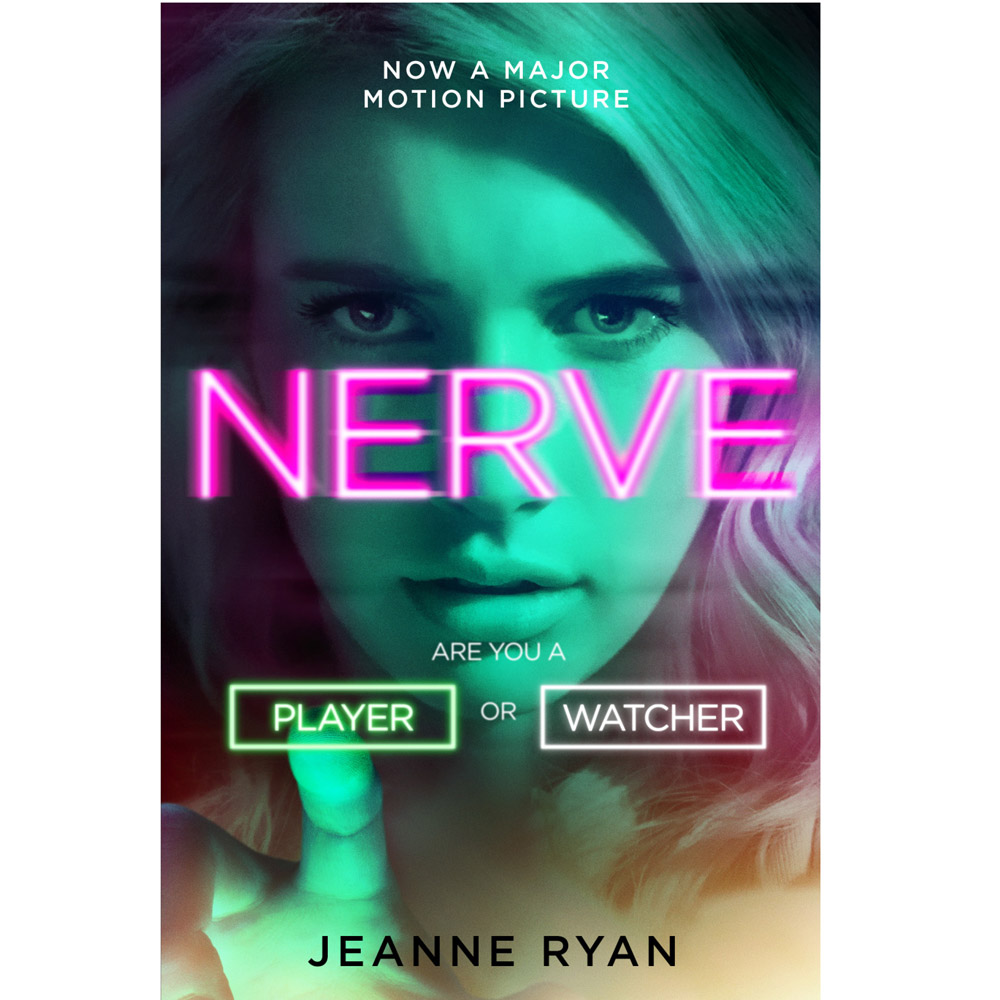 First published in 2012, Seattle-based writer Jeanne Ryan’s debut novel was reissued earlier this year to coincide with the new movie adaptation. Starring Emma Roberts, Dave Franco and Juliette Lewis, the film was released this in July and grossed over $80 million.

When Vee is picked to be a player in NERVE, an anonymous game of dares broadcast live online, she discovers that the game knows her. It tempts her with amazing prizes taken from her ThisIsMe page and teams her up with her perfect boy: sizzling-hot Ian.

At first it’s exhilarating – Vee and Ian’s fans cheer them on to riskier dares with higher stakes. But the game takes a twisted turn. Just how far will Vee go before she loses NERVE?

“Finally, the Vine generation has its own Fight Club.” – Vulture.com 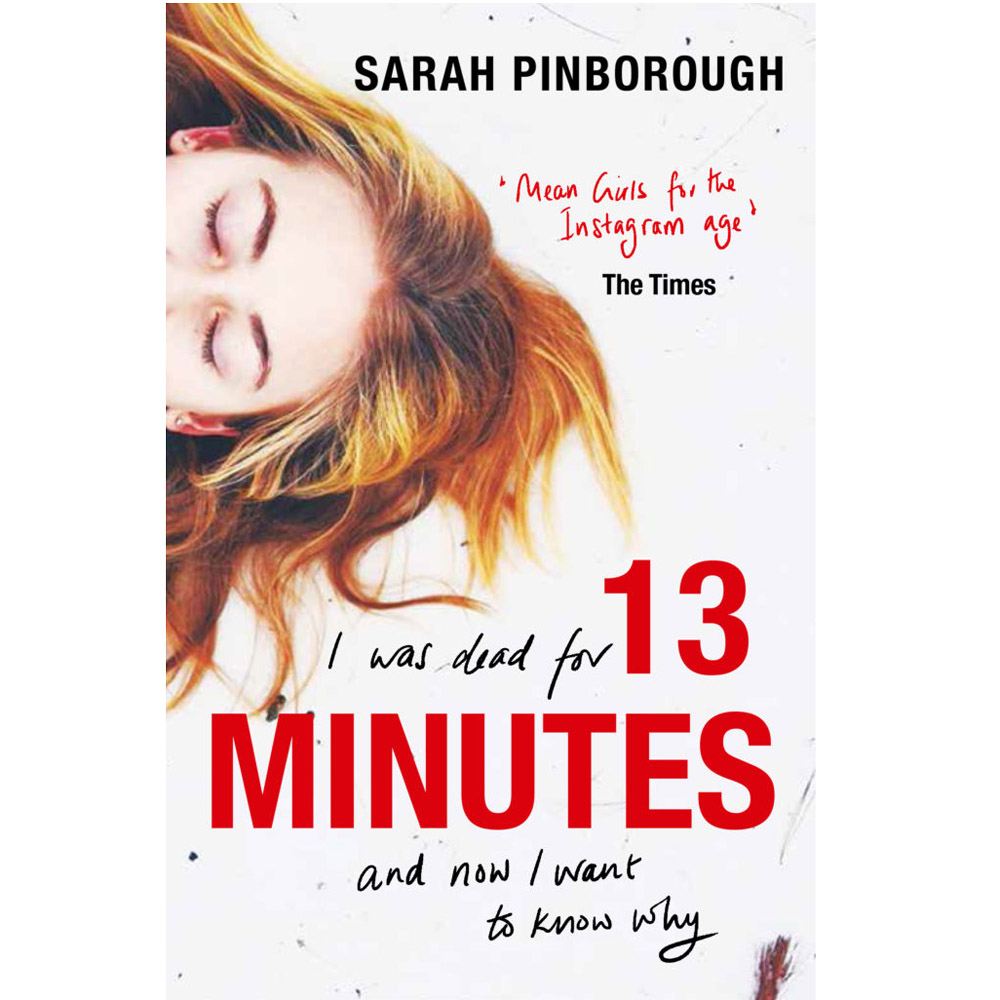 London-based horror writer Sarah Pinborough won the 2010 British Fantasy Award for Best Novella and has previously written several tie-in books for the BBC’s Doctor Who spin-off Torchwood. Her latest teen mystery, 13 Mintutes, was published in February and her next novel, Behind Her Eyes, arrives in January 2017.

Natasha was dead for 13 minutes.

She doesn’t remember how she ended up in the icy water but she does know this – it wasn’t an accident and she wasn’t suicidal.

They say you should keep your friends close and your enemies closer, but when you’re a teenage girl, it’s hard to tell them apart. Natasha’s friends love her, she’s sure of it. But that doesn’t mean they didn’t try to kill her. Does it?

“An absolute belter of a twist.” – Independent on Sunday

“This dark psychological thriller delves into a world where popularity and appearances are as important as life or death.” – Book Trust

What’s your favourite YA book of 2016? Let us know below…