This month marks twenty years since the first episode of Buffy the Vampire Slayer aired!

Despite being most famous for its rabidly devoted cult following, Buffy has attracted widespread praise for a number of episodes, from the all-singing, all-dancing ‘Once More With Feeling’ to the masterfully directed, emotionally devastating ‘The Body’.

But what about all those great episodes that consistently miss out on a place in the Top 10 lists?

We’ve taken a look back at some of the best, oft-neglected episodes of Buffy that for some reason or other slipped under the radar, because dangnabbit we just love you Joss… 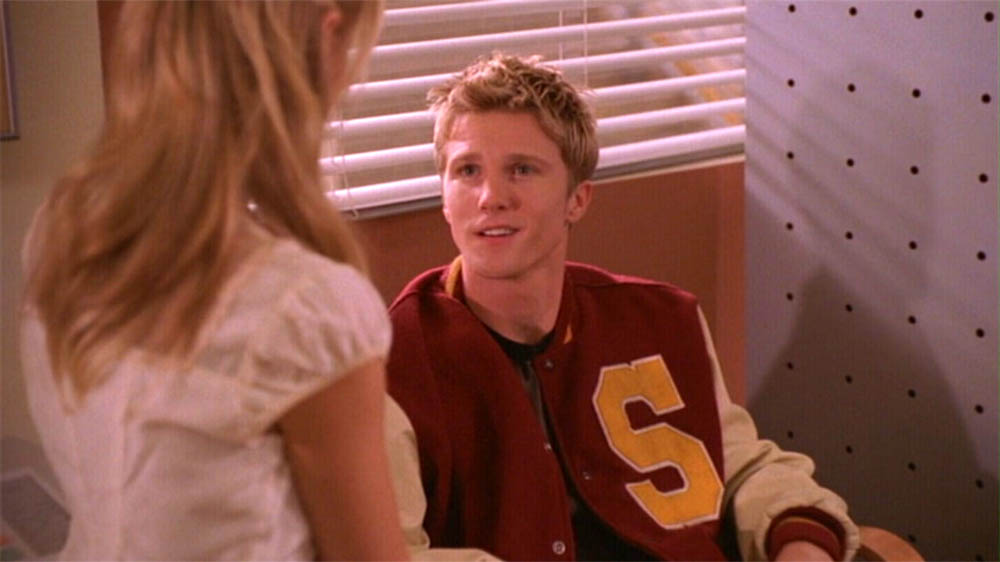 Despite being widely regarded as one of the weakest years, the seventh and final season of Buffy boasted a number of top-notch episodes, the funniest of which was ‘Him’.

Notable for its distinctively un-weighty tone, ‘Him’ focuses on all the female characters becoming inexplicably infatuated with a high school boy, RJ. The gang soon discovers that the root of RJ’s attractiveness is distinctly magical and – before Buffy, Dawn, Anya and Willow can tear each other apart in a jealous rage – they manage to break the spell. Our favourite moment would have to be Spike tackling a bazooka out of Buffy’s hands before she can use it to assassinate the high school principal.

But, of course, it’s not all about the laughs. As per usual, ‘Him’ plays on the concept that the mystical stands in for the literal. In this case, Dawn’s affliction with a love spell stands for the tendency of teenage crushes to turn into full-blown, life-consuming – and very occasionally life-threatening – passions.

Best quote: “AJ is my best friend and my dearest darling!” (Anya) 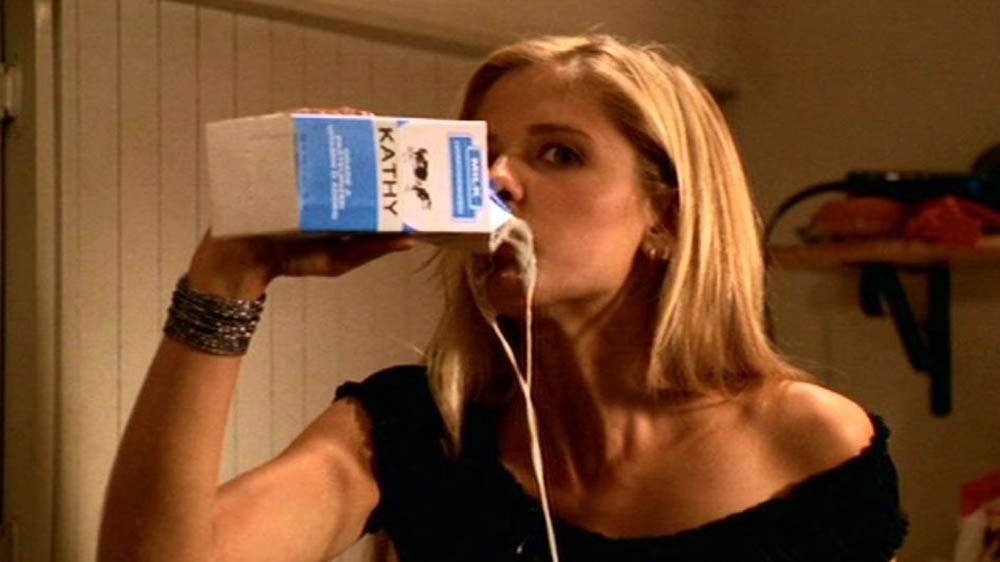 The second episode of the fourth season, ‘Living Conditions’ is – much like ‘Him’ – another slyly comic masterpiece. Having just started college, Buffy finds herself sharing a dorm with perky, passive aggressive, Cher-loving Kathy, quite literally the roommate from Hell.

Masterfully observed, ‘Living Conditions’ plays on an idea we are all familiar with – the concept that someone we find unbearably annoying must have something inherently wrong with them. Swinging from the acutely observed – who hasn’t known someone who obsessively hoardes their food? – to the usual, fun magic stuff, ‘Living Conditions’ is an episode that works on a number of levels.

Best quote: “She has parts that keep growing after they’re detached. She irons her jeans. She’s evil! She has to be destroyed!” (Buffy) 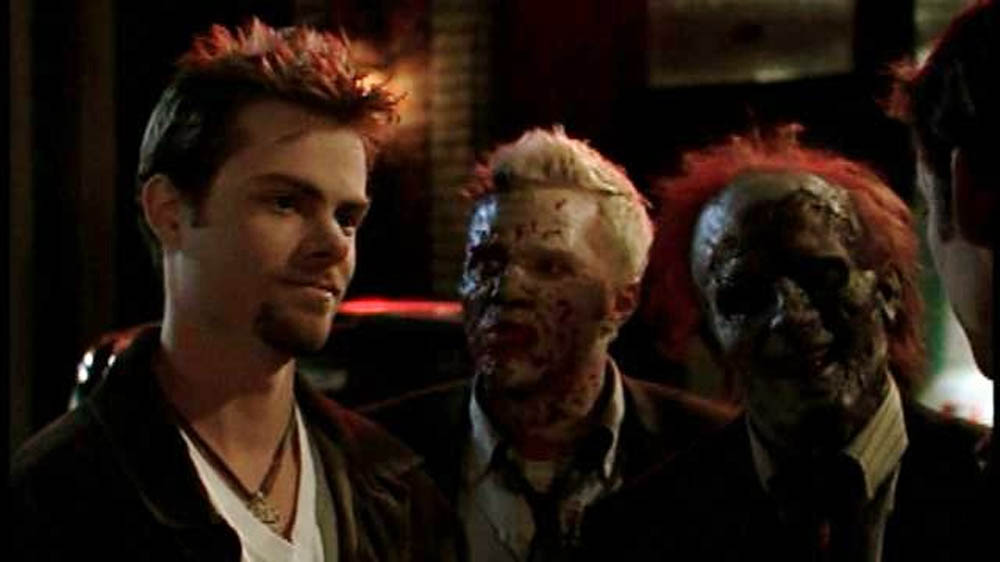 Though a long-running motif in Buffy was that Xander Harris was the heart of the core trio, alongside Willow’s brains and Buffy’s brawn, ‘The Zeppo’ was a rare episode in which he was allowed to be all three.

We open with the discovery that, once again, an apocalypse is on its way. A sect of pesky demons have decided to open the Hellmouth and Buffy, Angel, Willow, Faith and Giles must band together and work out how to stop it. Xander meanwhile – due to yet another recent pummeling – is left to fetch the doughnuts and told to stay out of the fight, a point quickly picked up on by his spiteful ex Cordelia.

But, unbeknownst to the rest of the gang, Xander finds himself caught up in a very real world-ending story of his own when he encounters a gang of anarchic, undead teens, hellbent on blowing up Sunnydale High. Xander must use his brains, his brawn and his bravery to save the day, all without the help of the rest of the gang.

It’s largely a great episode because it generously pokes fun at the show’s apocalypse-every-other-week scheme, alongside the tendency of the Buffy/Angel love story to veer into melodrama.  But it also reminds us, just at a time when we’re all scratching our heads and saying “What’s the deal with this guy?”, just how important Xander’s character is to the make-up of the show. 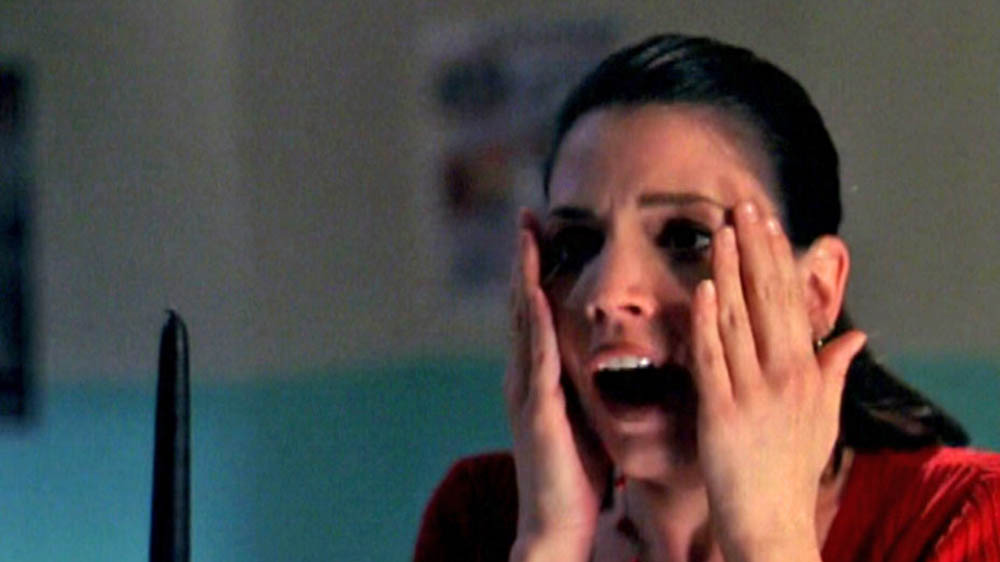 In a season which revolves around Buffy and Angel’s doomed love affair, ‘I Only Have Eyes For You’ is perhaps overshadowed by episodes like ‘Innocence’ (Angel loses his soul) and, naturally, series finale ‘Becoming’ (Buffy kills Angel; emo girls sob worldwide).

‘I Only Have Eyes For You’, though, features all the characteristic cleverness, wit and heart of the best Buffy/Angel episodes. The story goes that back in 1955, a young student shot dead the teacher he was having an affair with, then killed himself. Now, on the anniversary of the murders, the spirits are possessing innocent people in the hallways of Sunnydale High, forcing them to act out the couple’s final moments over and over again.

The episode is resolved with a supremely clever twist, in which the heartbroken, humiliated Buffy is possessed by the boy’s spirit and finds herself expressing her pent-up rage and grief about Angel’s betrayal through the words of a long-dead teen. The pair then share a dance to The Flamingo’s hauntingly romantic doo-wop hit, and episode’s namesake, ‘I Only Have Eyes For You’.

Abounding in layers of meaning and chocked full of romance and melancholy (particularly tragic is that Giles is convinced the spirit is Jenny), ‘I Only Have Eyes For You’ is an unsung classic.

Best quote: “James destroyed the one person he loved the most in a moment of blind passion. And that’s not something you forgive. No matter why he did what he did. And no matter if he knows now that it was wrong and selfish and stupid, it is just something he’s gonna have to live with.” (Buffy)
“Okay. Over-identify much?” (Cordelia) 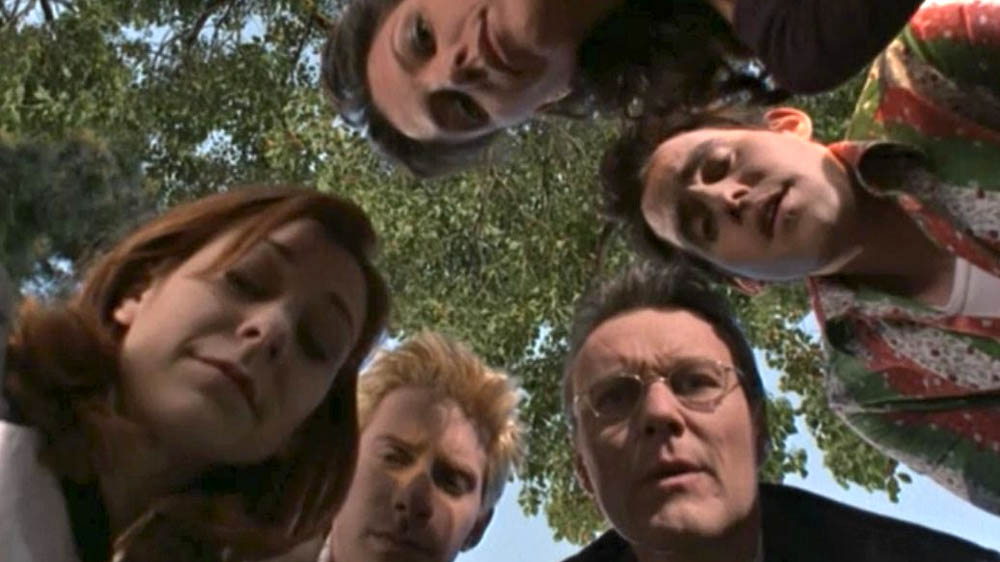 Whilst out on a routine patrol, Buffy is infected by the blood of a telepathic demon and before long she can read the thoughts of all those around her. Despite initially seeing the positives – impressing her English teacher with insightful observations on Othello; listening in on compliments; and, most importantly, overhearing a plot to kill the student population – Buffy quickly realizes she can’t block the thoughts out and soon becomes tormented by the multitude of voices.

Naturally, the clever concept is employed to full effect. Each character’s thought processes accurately reflect their personalities: Oz philosophizes the implications, Cordelia says exactly what she thinks and Xander, unsurprisingly, only has sex on the brain. Revelations from previous episodes abound (“You had sex with Giles?!”) and the comic potential is fully exploited.

But, more than anything, this episode reflects, once again, that Buffy is not about rubber-headed monsters; it is about a teenage girl coping with her demons and learning slowly that, despite the fact she often feels very alone, everybody else is doing the same. If not, perhaps, in quite so literal a sense.

Best quote: “Every single person down there is ignoring your pain because they are dealing with their own. The beautiful ones. The popular ones. The guys that pick on you. Everyone. If you could hear what they are feeling. The loneliness. The confusion. It looks quiet down there. It’s not. It’s deafening.” (Buffy)

What’s your favourite underrated episode? Let us know below…